Stockholm-based digital healthcare provider Kry, called Livi in the UK and France, raised €262 million in a Series D round in May, highlighting how investor interest in healthtech is not abating, even as coronavirus lockdowns lift and people can go back to their doctors.

“The underlying megatrend was obviously there before the pandemic, and a lot of the big policy changes in Europe had actually been implemented before the pandemic,” Kry CEO and co-founder Johannes Schildt told Tech.eu in an interview, adding that the virus outbreak has simply ensured that what they offer will be part of any healthcare system moving forward.

Kry puts patients in contact with doctors and other health professions for remote video consultations via their telemedicine platform. In 2020, it expanded outside of Europe with the launch of its Kry Connect video-consultation app in the US.

Founded in 2015, Kry is now present in five EU markets, where it also employs and trains it own local clinicians and partners with third-party clinics. In March this year, it merged with Swedish healthcare company Helsa, and took over its physical health centres.

In terms of international expansion strategy, Schildt says regulatory frameworks are always the biggest questions when it comes to launching in a new market — in some places, it may not even be legal to offer their services at all. “In some markets you couldn't make a diagnosis if you're not in the same room as the patient,” he says.

The second big consideration is how to create a functional business model so they get paid for delivering their tools and services. Unlike in the US, where private healthcare companies and employers pay for health services, in Europe it is usually public health systems and larger private insurance companies.

While the tech and product side of their business is very scalable for Kry, figuring out who will reimburse them in each individual market can be complicated.

“On the payer side there is obviously a difference between addressing the National Health services in the UK, versus Sweden, versus the public payers of France for example, or a private payer or going directly to the consumer.”

“You look into the maturity of the market and if there is any existing infrastructure you could use— e-prescriptions for example,” Schildt says. “In Sweden, there’s a fairly well-built system that we can use nationwide to do e-prescriptions and in France there was nothing—when we initially launched we built that ourselves in two weeks and scaled it nationwide.” 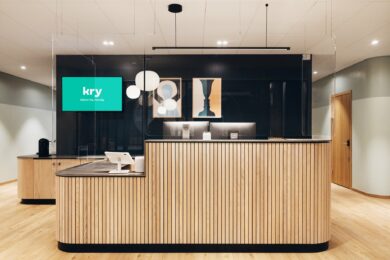 Some of the biggest surprises they encountered in new markets were to do with societal and cultural differences in how people view and consume healthcare.

"In Sweden, theres a huge accessibility problem," he says. "You see that in a lot of European countries there are a lot of inequalities when it comes to access, depending on where you live and who you are."

Even though European countries have no shortage of highly skilled healthcare professionals, Schildt says that "an inefficiency problem within in the system leads to inequalities within access."

You can listen to our full podcast interview below:

Kry CEO says pandemic has cemented telemedicine's place in health systems, gears up for scale
Comments
Follow the developments in the technology world. What would you like us to deliver to you?
All