The importance of international scalability in edtech, according to Europe's specialist VCs

Edtech investment boomed during pandemic year 2020 and shows no signs of abating in 2021. In its recent edtech funding report, Brighteye Ventures found that European edtech venture capital surpassed $1 billion in the first half of this year, up from $711 million in all of 2020 — and it is on track to hit $1.8 billion or more by the end of the year.

As part of Tech.eu’s Crossing Borders series, we asked European edtech investors for their insights on the sector development, and what edtechs need to know about scaling up internationally.

Marko Kyyrönen is the managing director & CEO of Sparkmind, a Nordic VC firm focused on early-stage edtech startups, which recently closed its fund at €55 million. He says that when they founded the company four years ago they saw a massive growth opportunity across the spectrum, from early childhood education through to corporate and adult learning. Even now, Kyyrönnen says there are still quite low levels of disruption in the sector, but “Covid-19 is changing the reception of edtech and the ways of learning quite rapidly."

Will it travel? Investors on international scalability

Kyyrönen says that when they consider an investment, international scalability is one of the big factors, because Northern Europe is their focus market. “The Nordic countries alone only have some 30 million people, so the local markets for these local companies are quite small and it is basically a must to have a scalable business model as a whole.”

He notes however that the virtues of VC investing as a whole apply also in this vertical, i.e. the startup team, the uniqueness of their business model and solution, their capability to reach a global audience, etc. 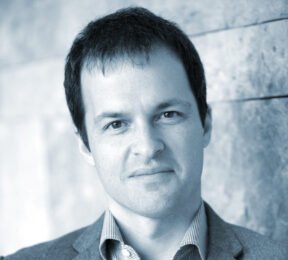 Benoit Wirz, a partner at Brighteye Ventures, describes what they as investors look for in startups: “Either depth in a single market or an ability to scale across markets that doesn't depend as much on content and is more of a function of either supplementary education that is easier to scale, or administrative benefits that are also easier to scale across markets.”

“There are some markets where you can reach €100 million in revenue even in your home market,” Wirz adds.

Brighteye Ventures, based in Luxembourg, says it is Europe’s biggest edtech VC. It announced the $54 million close of its second fund in October 2020, with total assets under management amounting to over $112 million. 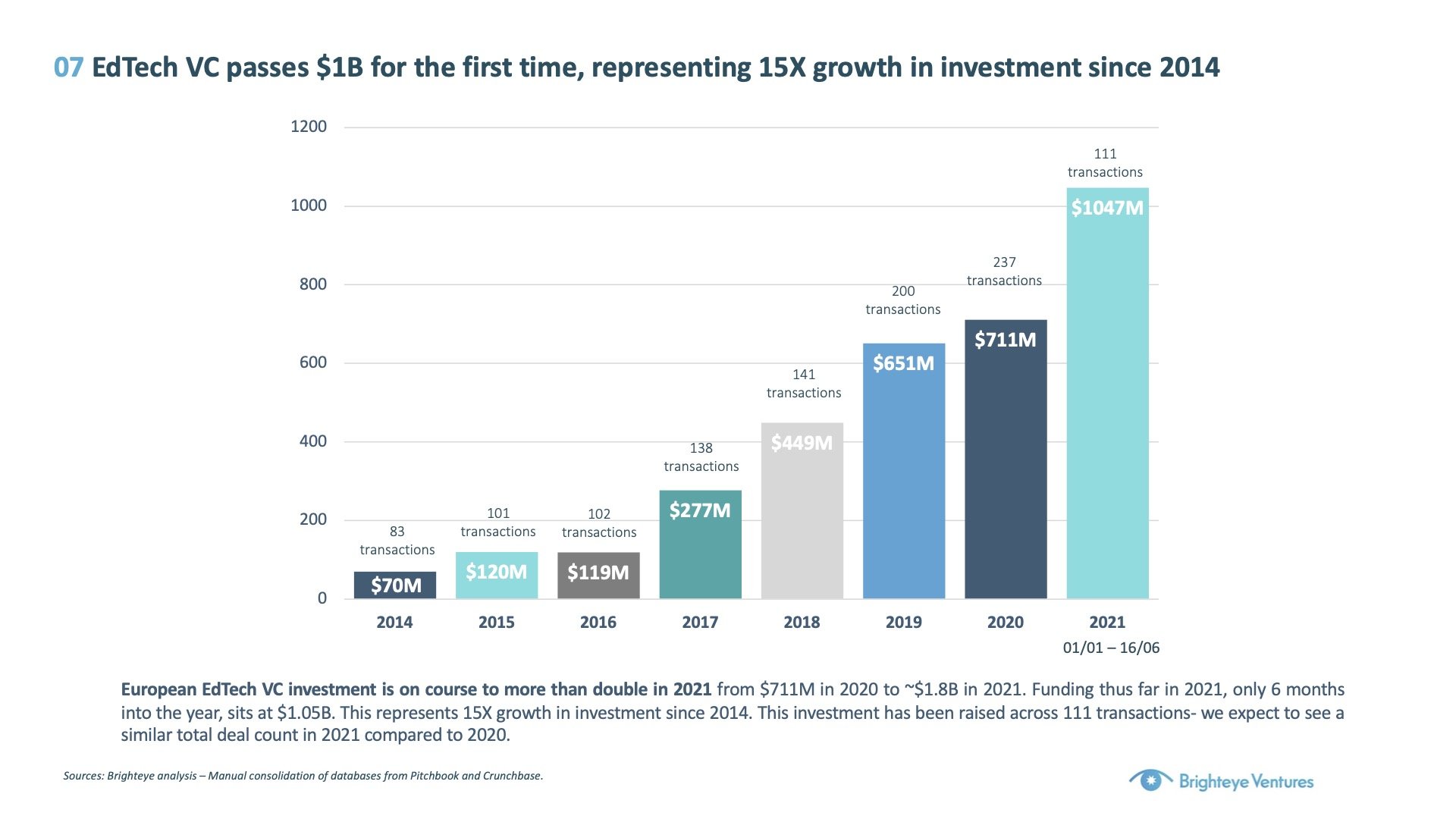 He notes that a lot of international expansion involves analysis of how similar the markets are that you’re looking to expand to, and how much value there is in the product you have created.

“The stuff that is easiest to replicate is adult education, because it's much less regulated, especially if it's not for degree-seeking candidates,” he says. “Things like Ironhack in our portfolio, which is a bootcamp, have scaled successfully in Europe and the US.”

Both Wirz and Kyyrönen say that the startups focused on K-12 (kindergarten to year 12) edtech solutions find it more of a challenge to launch in new markets due to differences in cultures, national curriculums, buying cycles, educational organisation between private and public, and so on.

“There are multiple factors that are making scalability a little more complicated than let’s say in more market-general software, which is based on universal needs, and the universal language of English,” Kyyrönen says. 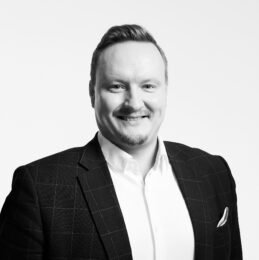 Even though the US doesn’t resemble the EU much when it comes to education, a lot of European edtechs see North America as way more do-able than, say, the huge but fenced-off Chinese market. The Chinese government government introduced tough new rules for the private tutoring market last week that will significantly impact edtech companies and their investors, Reuters reported.

For many of Sparkmind’s portfolio companies the US market is the key to more global success, according to Kyyrönen, because even though competition and barriers of entry are quite high, if you succeed you have a unified market in North America of some 400 million people.

However, South East Asia and India is also looking attractive to Sparkmind — and China in certain educational segments: “I see many VCs now eyeing Indian market deals,” Kyyrönen says. “For us it is a little bit early, we have to do a little more homework and look perhaps at co-investments in the market.”

While Covid-19 delivered a boost to many edtechs, not all of them will survive and a wave of acquisitions is likely on the cards. Kyyrönen says that in the Nordic market the acquisitions have already begun, for example with Kahoot buying smaller new companies.

He notes that the big capital waiting in the sidelines will likely come from tech giants, like Google, Facebook and “especially” Microsoft. Sparkmind has three companies in their portfolio that are actively cooperating with Microsoft.

“It's really early innings: 95% of education spending is still happening on traditional or offline education and half of learning is now happening online,” says Wirz. “That’s a multi-trillion-dollar gap in terms of where dollars are being spent and time is being spent.

"The thing I’m most confident of is that the cost of acquisition writ large will likely come down on a permanent basis."

While he believes we won't see the kind of 16x growth in a year that was witnessed during the pandemic, growth will still be speedier than before, as barriers to adoption have been lowered and pre-conceptions on whether online learning works have been dismantled.

The importance of international scalability in edtech, according to Europe's specialist VCs
Comments
Follow the developments in the technology world. What would you like us to deliver to you?
All