Partech has announced the addition of two new members to its senior management team. A long time Londoner Keji Mustapha departed Connect Ventures in July of this year and has been appointed to the role of Global Director of Brand & Community, and former Head of Digital Investments at one of Milan’s leading Italian family offices, H14, Simone Riva joins as Senior Principal.

A nominee to FT's x Inclusive Board's IB100: Most Influential BAME leaders in UK Tech Sector in 2019, Keji served as Head of Network, Brand & Culture Operations at Connect Ventures, and the move forward with Partech seems to be a logical progression.

She’ll retain her focus on brand and community building with Partech, working her magic across portfolio companies within the Paris, Berlin, Dakar, and San Francisco ecosystems.

On the role, Keji comments, “It’s an honour to take on Partech’s first Global Director of Brand and Community role at a time when this function has never been more exciting and important in the tech industry. Partech is on a mission to back, support and enable the best globally-minded entrepreneurs, and core to this is introducing Partech to more current and future entrepreneurs, whilst also supporting the existing portfolio in meaningful & impactful ways, at scale.” 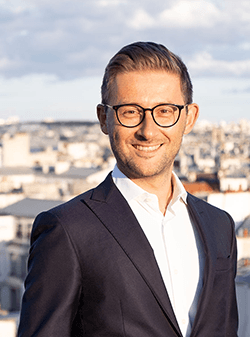 And speaking of future entrepreneurs, Partech also adds another plume to its cap, namely via that of seasoned investor Simona Riva. Holding a Master's degree in Management from ESCP Europe, and another in Business Admin from the University of Turin, Riva will cover early-stage investments across Europe for the firm.

Riva’s track record is nothing to sneeze at, as he’s identified some handsome investments including Get Your Guide, Sum Up, Deliveroo, Flixbus, Contentsquare, Wefox, … and the list goes on.

On the move, Riva expressed, “The firm has consistently identified category leaders in different industry verticals and in these exciting times for the EU ecosystem, other portfolio companies will soon emerge as European/global champions. I’m really looking forward to working with the team to support existing portfolio companies and invest in the next wave of tech leaders.”

Based in Paris, Partech counts over €2 billion in assets under management and 200+ companies in its portfolio including 12 unicorns such as Alan, ManoMano, Rohlik, Wave and Xendit.

Partech appoints Keji Mustapha and Simone Riva to senior management team
Comments
Follow the developments in the technology world. What would you like us to deliver to you?
All

NEXT
This Week in European Tech: We got acquired, and there was also some other news
Happy Friday! Aside from getting acquired…
Robin Wauters