Volocopter CEO Florian Reuter to step down, former CEO of Airbus Defence & Space Dirk Hoke to take up the reins

After more than seven years of leading Volocopter from 5 person research project to a unicorn startup comprised of over 500 personnel, Florian Reuter has decided to step down as CEO and Managing Director. Beginning in September of this year, he will be replaced by former CEO of Airbus Defence & Space Dirk Hoke. 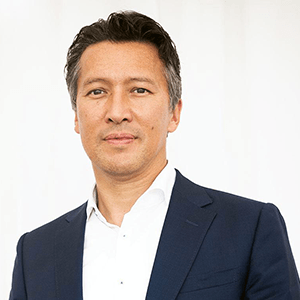 Reuter, who leaves of his own free will informed Volocopter’s advisory board of his decision last summer, upon which a comprehensive search was conducted to find a suitable candidate, one that would take Volocopter’s dreams and ambitions to the next level and remain on track to begin commercial urban air mobility services in time for the 2024 Paris Olympics.

Having led multi-billion-dollar businesses at Siemens and rising to CEO at Airbus Defence & Space, Dirk Hoke brings a wealth of technical, strategic, and commercial advantages to Volocopter.

“Out of an impressive lineup of candidates, Dirk Hoke was our absolute preferred choice. Combining our success with Dirk’s experience and vision for our company, Volocopter will continue to lead the emerging industry and successfully master the coming phase of growth and commercialization,” commented advisory board chairman Stefan Klocke.

Volocopter has raised just shy of $600 million in funding, including a recent $170 million “first signing” Series E round which provided the company with a pre-money valuation of $1.7 billion.

“No company is closer to making this most innovative form of mobility a reality in cities around the world than Volocopter. Bringing electric air taxis to market in the next years is a dream come true not only for me but for many,” says Hoke. “My experience from Airbus and Siemens will help us monetize on the leading market position Volocopter has achieved under Florian’s leadership. Volocopter’s product lineup, its certification progress, team spirit, and ecosystem approach put us in a unique competitive position.”

Volocopter CEO Florian Reuter to step down, former CEO of Airbus Defence & Space Dirk Hoke to take up the reins
Comments
Follow the developments in the technology world. What would you like us to deliver to you?
All

NEXT
Pi Labs wraps up $90 million fund to back startups disrupting real estate world
With over $60 billion of venture capital,…
Megha Paul