Under no obligation to accept, Obligate takes on an additional $4 million

Zurich-based electronic promissory note infrastructure builder Obligate has raised an additional $4 million in a seed extension round. The further capital will allow the company to further develop and scale their blockchain-based bond and commercial paper platform. Including the extension, Obligate has now netted close to $8.7 million.

As you can imagine, any blockchain-focused company that could even in the slightest be anywhere associated with this “other” blockchain-focused company that’s made an ummm, shall we say, impact? over the past few months would be wise to consider an exercise in rebranding. And so is the case with Obligate, formerly known as FQX, with only an R and an S standing in the way, well, you get the picture.

As for the Obligate platform itself, the modus operandi is rather simple: companies can issue on-chain bonds and commercial paper to obtain funding from an assortment of investors. 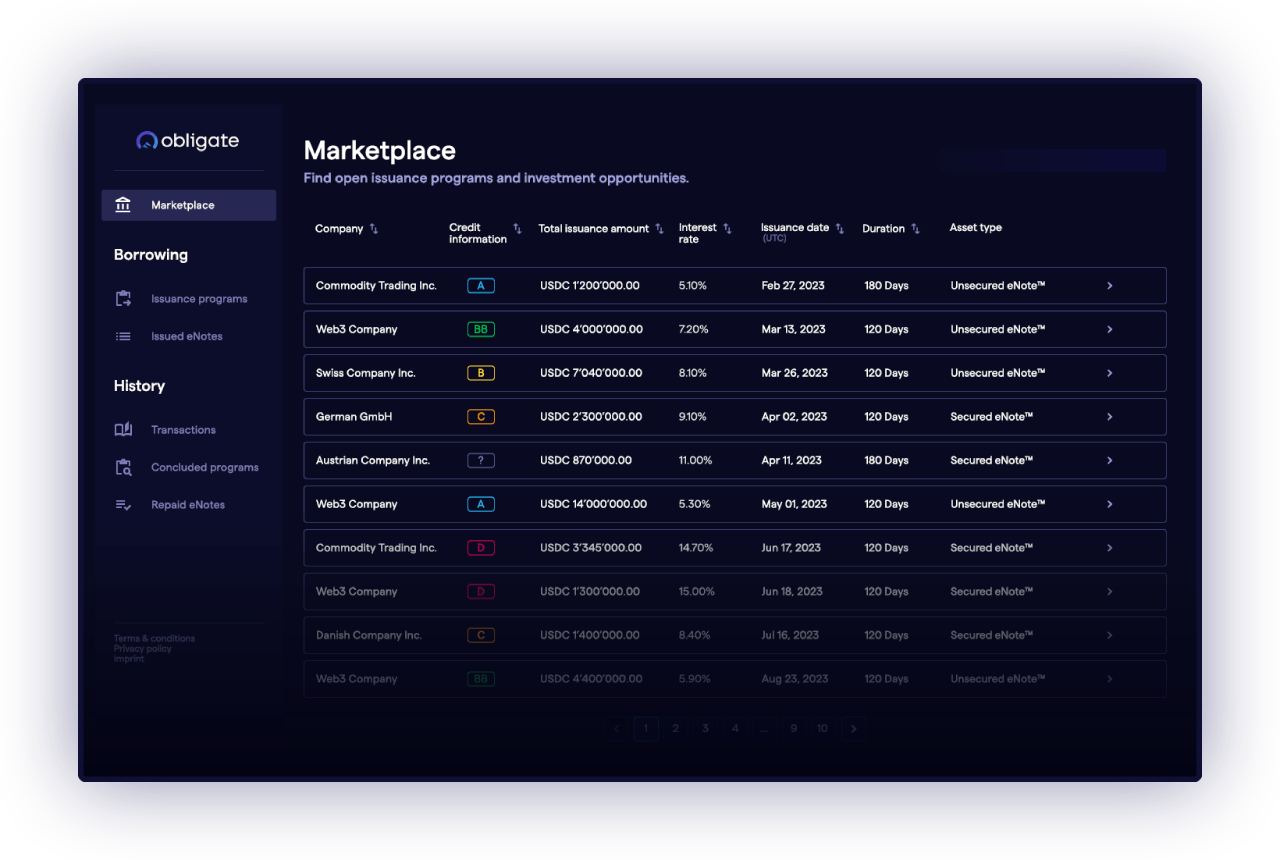 When compared to the traditional form of this financial device, the cost and time savings truly start to reveal themselves. Through Obligate, investors have access to a range of regulated digital debt assets which can be secured with on-chain collateral.

With smart contracts and tokenisation in place of intermediaries such as paying and issuer agents, Obligate is able to reduce the costs associated with a bond issuance by 80% and reduce the time needed for an issuance from weeks to hours.

"Like the internet before it, we expect the blockchain will underpin some of the largest businesses out there, including in finance," commented Blockchange Ventures Managing Partner Ken Seiff. "Obligate's vision of using the efficiency and speed of Blockchain embedded in a structure that still supports the core needs and requirements of existing debt markets is powerful. It takes a team with this combination of background and depth of experience to make this happen."

Obligate.com has team members in Switzerland, Germany, Lithuania, UK and Singapore and has won several awards, most recently the global fintech hackcelerator at the Singapore Fintech Festival 2022.

The platform is expected to launch in February of this year on the on the public blockchain Polygon.

Under no obligation to accept, Obligate takes on an additional $4 million
Comments
Follow the developments in the technology world. What would you like us to deliver to you?
All

NEXT
Pointerpro seals €950,000 to spur overseas growth for its digitised consulting workflows
Antwerp-HQed Pointerpro is taking aim at…
Callum Cyrus