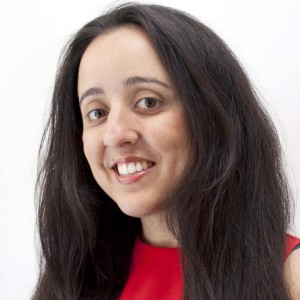 Shaheen is a seasoned business journalist with 10 years of experience in reporting. She worked for 3 years as a staff business reporter at The Plain Dealer, and has contributed to the likes of The Wall Street Journal, LatinFinance and others. Shaheen holds an MBA from IE Business School in Madrid.
More articles

THQ Nordic’s founder Lars Wingefors still retains 50 percent of the company, and his share is now valued at about €95 million, according to Swedish news site Breakit.se.

The company formerly known as Nordic Games changed its name to THQ Nordic in August, in order to take advantage of the brand recognition of THQ, an American game publisher that it whose assets it acquired in 2013.

Nordic Games started in Sweden in 2008 by self publishing games such as Dance Party Club Hits, Kart Racer, and Truck Racer for the PlayStation 2 and Nintendo Wii. The following year, the company published We Sing, a million-plus selling karaoke franchise for the Nintendo Wii. In 2011, Nordic Games began its transformation from small scale, two-platform games publisher to a multi-platform, multi-genre global player.

In a light-hearted press release about their rebranding published in August the company stated: “One could say the most defining moment for our company happened in 2013, grabbing headlines like; “Who the fuck is Nordic Games?”, “Darksiders gets bought by… Nordic Games?”, and ‘Nordic Games explains who the f they are, plans for THQ assets.’ Funny enough, back then, this was so true. Until that point, we had been a low profile publisher uttering expletives of our own along the way, and all of a sudden we found ourselves in the international gaming media spotlight. We knew then, with great certainty, that we’d just made the best deal in our company´s history.”

As of August, the company had 23 game projects in development, with the majority based on former THQ owned IPs and franchises.

The company’s portfolio today also includes products and brands which were acquired from JoWooD Entertainment and DreamCatcher Interactive in 2011.

Wingefors said in a statement this week that “together with all employees at THQ Nordic, I am pleased, proud and grateful for the exceptionally strong interest that has been shown in becoming a shareholder in THQ Nordic. My interpretation is that there is great confidence in both the platform and business model we have built since 2011 and in the growth strategy we have for the coming years.”

“I am delighted that our ownership base has been broadened with a wide range of well renowned professional investors who share our long-term ambitions and who can support us in our growth strategy. The great interest we have received from thousands of investors among the public in Sweden is also very inspiring and I hope many will continue to follow us in the future and, of course, play our games.”

“We are now ready for the next chapter in the story of THQ Nordic. We aim to accelerate our business model and growth by leveraging on our established platform – and the great interest in and attention around our listing on Nasdaq First North will support us in these efforts.”

This website uses cookies to improve your experience while you navigate through the website. Out of these, the cookies that are categorized as necessary are stored on your browser as they are essential for the working of basic functionalities of the website. We also use third-party cookies that help us analyze and understand how you use this website. These cookies will be stored in your browser only with your consent. You also have the option to opt-out of these cookies. But opting out of some of these cookies may affect your browsing experience.
Necessary Always Enabled
Necessary cookies are absolutely essential for the website to function properly. These cookies ensure basic functionalities and security features of the website, anonymously.
Functional
Functional cookies help to perform certain functionalities like sharing the content of the website on social media platforms, collect feedbacks, and other third-party features.
Performance
Performance cookies are used to understand and analyze the key performance indexes of the website which helps in delivering a better user experience for the visitors.
Analytics
Analytical cookies are used to understand how visitors interact with the website. These cookies help provide information on metrics the number of visitors, bounce rate, traffic source, etc.
Advertisement
Advertisement cookies are used to provide visitors with relevant ads and marketing campaigns. These cookies track visitors across websites and collect information to provide customized ads.
Others
Other uncategorized cookies are those that are being analyzed and have not been classified into a category as yet.
SAVE & ACCEPT
<script type='text/java