From Tech City to Tech Continent: what are European governments doing to support their startups? 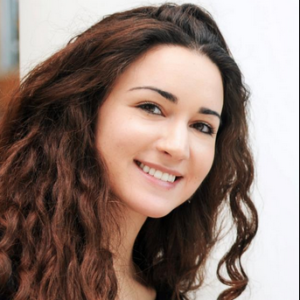 A co-founder and contributing editor of Tech.eu, Roxanne was formerly the startup lead for Microsoft in France and Editor of TechCrunch France. She's currently Director of the Halle Freyssinet / 1000startups.fr, which is set to be the world's biggest startup incubator.
More articles

After years of disbelief and denial, European governments are finally beginning to wake up to the fact that entrepreneurship creates jobs and is good for the economy (no, really, it’s true). Now recognizing the value that startups provide, governments from all over the continent are putting forward different types of initiatives to help their local startups succeed and grow. Potentially in the race to make one of these up-and-coming European companies turn into the next Spotify or Skype.

While there are numerous different government approaches to supporting a local ecosystem, it seems most focus on a few core elements: ecosystem visibility, encouraging investments (especially early-stage or business angels-led funding), ease of setting up a business, immigration, and business growth and acceleration.

Both France and the UK seem to have put visibility at the center of their government-led initiatives, creating international brands for their tech community. For example, Tech City UK has built a very solid brand for itself and just about everyone seems to naturally link the words “TechCity” with “London.”

But that doesn’t make the mission complete. Recently celebrating its third anniversary, Tech City CEO Joanna Shields revealed some rather impressive stats and several other meaningful developments. In addition, TechCity has contributed to some of the UK’s most beneficial programs for entrepreneurs, including the Seed Enterprise Investment Scheme (SEIS – providing tax breaks to early stage investors), the Patent Box and even the entrepreneur visa.

Striving to shed more light on France’s startup community in a similar way, the French Minister for Digital Economy, Fleur Pellerin, recently announced the launch of “La French Tech” (previously known as “Quartiers Numériques“). With a name that is more foreigner-friendly than the majority of French government projects (and its previous name), La French Tech plans to put over €200 million into initiatives that support the development of the French startup ecosystem and crown them part of the official La French Tech network. In other words, accelerators, incubators and the likes will need to meet certain criteria to be part of La French Tech. On top of that, an additional €15 million will go to promoting La French Tech on an international level.

So, is La French Tech France’s response to Tech City UK? Maybe, although naturally the initiative isn’t a blind response and takes French priorities into account; La French Tech strives to consolidate the various pockets of innovation throughout France (it’s not just about Paris) through a single brand and network, and provide international visibility to the key components and players of the local ecosystem.

Independently of La French Tech, the French government has also announced plans to reveal an entrepreneur visa and ambitions to encourage corporate venturing in 2014 – but the important details of those plans are yet to be revealed.

While ecosystems in both France and the UK have had substantial support and involvement on behalf of the local governments, Germany’s government initiatives have been less visible on an international level. Berlin has gotten lots of publicity as a leading startup hub but this isn’t always as a result of government support or initiatives but rather the concentration of high-quality startups. Some of the most ambitious startup initiatives (like The Factory) have been almost completely void of government involvement, for better and worse.

McKinsey & Company published a study recently that placed Berlin behind both London and Paris, but outlined several different ways Berlin could rise to the top – including a one-stop shop to ease bureaucracy, especially for foreign entrepreneurs, and a stronger focus on encouraging investment. Like France, Berlin has also launched discussions of an attractive entrepreneur visa.

Even though London, Paris and Berlin are often crowned as Europe’s leading startup cities, other European governments have not shied away from supporting their ecosystems in similar ways. That said, it’s easy to forget that not all European countries are created equal.

Take Belgium, for example. Ramon Suarez, co-founder of co-working space / knowledge center Betacowork in Brussels, says “there is an issue with the administrative division in Belgium that makes it impossible (or almost) to have a nationwide initiative; all the economy competencies are transferred to the three regions: Brussels, Flanders, and Wallonia. Each of them works separately in their own initiatives under the leadership of the regional minister of economy. They do cooperate, especially when going abroad to tradeshows, but there is not a nationwide initiative.”

As a result, a majority of Belgium’s startup initiatives (like Startups.be) come from the community rather than the government – and manage to unite the three regions as best as they can. However, the government did introduce the SPRL Starters business structure, whereby the minimum capital required to start the business is no more than €1.

Hungary’s capital, Budapest, has received a lot of attention for the rise of companies like Prezi, UStream, LogMeIn and a few more, recently launched a manifesto to turn the city into the CEE region’s startup capital by 2020. Some 140 billion Hungarian forints (roughly €4.6 million) will fund the project known as Budapest Runway 2020, and the funds will be used primarily to finance pre-seed and seed-stage projects.

Similarly, Ireland (which was recently recognized by Forbes as the leading country to do business – ahead of the US and all other European countries) has also set out to support investment in early-stage companies. Under the Seed and Venture Capital Scheme the government has plans to directly invest €100 million into commercially-focused VC funds.

The Irish government has a number of other initiatives aimed at funding startups (through innovation vouchers, early stage funds, mentor grants and more). Still, there is room for improvement when encouraging angel investing, finds Eoghen Jennings (Director at HealthXL and Startupbootcamp Dublin): “This is the one area where the government should be copying the UK, by providing much more substantial fiscal incentives to stimulate angel investments in young companies. The existing tax shielding schemes for angel investors are no longer as beneficial as the EIS in the UK.”

In the Nordic region, the governments have become rather active in supporting their ecosystems as well. In Finland, the state-backed Tekes organization will triple the money angels and VCs put into startups through non-dilutive grants, or provide cheap loans tied to further funding rounds. The government has also put nearly €1 million into The Startup Foundation, which funds the Startup Sauna accelerator and the Slush tech conference.

Denmark also launched a program known as LaunchPad Denmark, though aimed at bringing foreign entrepreneurs to Danish soil and not that different from what Portugal is doing through Startup Lisboa.

What more can be done?

There are certainly additional examples from around Europe, clearly demonstrating the interest of governments in supporting the development of the local ecosystems. That said, one of the clear strengths of countries like the UK is that it has put the power in the hands of entrepreneurs and people from the community rather than pure governments officials – which is a different than that of La French Tech.

The current chief exec of Tech City, Joanna Shields, is not only the former Director of Facebook EMEA, she has also held high-level positions at both AOL and Google. Plus, she’s an American (who now holds UK citizenship as well). It’s hard to imagine other European governments placing foreigners in similar key positions – though there are rumors of Silicon Valley executive and consultant Tyler Crowley doing something similar over in Stockholm.

As European governments strive to create more startup-friendly measures, I would encourage them to engage more with people from the community in a Tech City-type of way and to focus on encouraging funding for early-stage companies, à la UK or Ireland. I also would encourage them to adopt the approach of “what can we do to attract the best entrepreneurs to our country?” rather than competing with another European country or putting in measures that only aim to keep their own entrepreneurs from leaving (cough, France, cough). And I encourage the entire continent, UK included, to make their startup visa the most advantageous in the world – and then some.