The top European exits of 2018 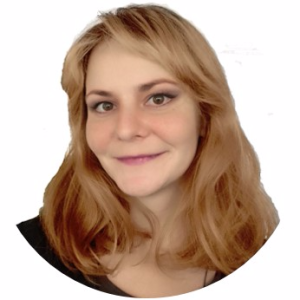 In the first two quarters of 2018, we’ve seen three European unicorns go public, with a much-anticipated IPO for Spotify on the NYSE, as well as an oversubscribed IPO for the Dutch payments startup Adyen, and one of the LSE’s biggest ever tech IPOs for the Czech cybersecurity company Avast.

Sweden’s tech darling and Europe’s most successful tech startup, Spotify, went public in April on the NYSE at a market capitalisation of $26.6 billion. Since launching in 2006, the company has made 13 acquisitions and has raised €2.4 billion in VC funding.

Spotify has been steadily growing, with revenues of over €4 billion in 2017, versus €3 billion in 2016, a 40% increase. The company’s expenses have been eating away at its revenue, however, as it pays out billions in royalties to record labels. Nevertheless, the startup’s popularity has been rising with 160 million listeners as of January 2018, 70 million of which are paying subscribers. With these kinds of numbers, Spotify’s user base is beginning to rival platforms like Twitter.

The unicorn went for a direct listing instead of a traditional IPO, which means its shares are only available to institutional investors, and no new shares were issued. Spotify is the largest company to ever have gone the direct listing route in what has been dubbed “a non-IPO IPO”.

Netherlands-based payments company Adyen, another unicorn, launched in 2006, also decided to go public in 2018 on Amsterdam’s Euronext. The IPO outperformed expectations and was “multiple times oversubscribed” with a market capitalization of €13.6 billion. The company, also launched in 2006, had raised €226 million prior to the IPO in June.

Czech cybersecurity company Avast, famous for its threat detection and anti-virus software, debuted in May on the London Stock Exchange in one of the UK’s largest ever tech IPOs, with a market capitalization of €2.4 billion. Founded in 1988, over 435 million people use the firm’s software worldwide. The company had previously raised $100 million from Summit Partners.

The UK-based property search platform Zoopla (ZPG) was acquired by the US private equity firm Silver Lake in May for £2.2 billion. Zoopla had previously gone public in 2014 on the London Stock Exchange, and shares rose by 30% upon announcement of the deal. Shares have now ceased trading since the acquisition was sanctioned by a UK court on July 9. The property website provides a search platform for buying and renting in the UK, as well as other services including home valuation, connection with property agents, and moving guides.

Swedish fintech startup iZettle, which provides mobile payments solutions for small businesses, was purchased by PayPal in May in a $2.2 billion deal. iZettle provides a point-of-sale card reader for mobile devices, the iZettle Reader, for contactless payments, as well as inventory management and accounting services through its app. The unicorn had just announced that it was planning an IPO when it was snapped up by the American payments giant, which is working to develop its own point-of-sale solutions. iZettle’s revenues have been growing by 60% per year, though it was still operating at a loss at the time of the acquisition.