The future of on-demand delivery lies in consolidation 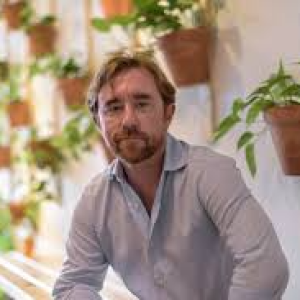 Sacha Michaud is the Co-Founder of Glovo, the Barcelona-based on-demand delivery app. He is an English entrepreneur with more than 15 years of experience in the online sector in Spain and extensive experience in creating successful companies. In 1997, Michaud founded the company LatinRed, one of the largest providers of internet services in Spanish, and then sold it to StarMedia two years later.
More articles

Editor’s note: this is a guest opinion article written by Sacha Michaud, co-founder of Glovo, the Barcelona-based on-demand delivery app company. We have previously interviewed Sacha for the tech.eu podcast.

While COVID-19 has uprooted society in ways no-one could have imagined, it has also created unprecedented opportunities for other parts of the economy, notably on-demand delivery.

Disruptive startups have transformed how takeaway food and groceries are ordered, alongside a noticeable shift in consumer demand. The start of the pandemic saw an initial reduction in orders due to the widespread outbreak of the pandemic, but by the end of March there were already clear signs of increasing demand for the sector.

With extended lockdowns and the introduction of contact free deliveries, consumers are ordering food and groceries online like never before. Following the increase in demand for doorstep delivery, the on-demand industry has seen an upsurge in market consolidation.

This is inevitable, with a higher demand for home deliveries in turn increasing competition.

The pressure to be the leader in the market is all the more present and big players such as Glovo, Deliveroo, Uber, and Just Eat cannot afford to all compete in exactly the same space.

Instead, companies need to be smart and assess how mergers can play to their advantage.

On-demand delivery apps solve a simple problem for restaurants. To have a dedicated driver or rider per restaurant or store is a costly service and inefficient in the long run, when you could have one for multiple vendors.

The rise of digital technology has entirely transformed the market and consumer expectations have increased, as they become accustomed to a wealth of options for any platform they browse for purchases on. The effects of COVID-19 have forced companies to pay more attention than ever to the needs of customers, and as the intermediary between users and their purchase, the importance of on-demand has accelerated to unprecedented levels.

This doesn’t just apply to restaurants. In the UK, more than 300,000 delivery slots have been added across major supermarkets and thousands of employees have been hired, yet most are still scrambling to meet the demands of endless online orders. As a result, the solution is using third party providers, thereby increasing demand and competition in the sector. The examples are plentiful, for example Glovo has seen partnerships with Carrefour and Kaufland in France and Germany, while Deliveroo has joined forces with Morrisons in the UK.

Why consolidation of the industry is inevitable

Extended lockdown measures and the introduction of contact free deliveries has meant the world has become more reliant than ever on doorstep deliveries. For Glovo’s biggest markets of Spain and Italy, where the restrictions have been particularly stringent, the want and need for on-demand delivery of food and essential items soared dramatically. During peak cases of COVID-19, and during the strictest lockdown period, Glovo’s orders rose up to ten times the regular amount in some cases.

It has been a similar situation across Europe and therefore seems in many ways predictable that the on-demand industry has resulted in the sector being one of very few to see an increase in consolidation.

2020 has reemphasised the importance of being the leader in the market and comes as a wake up call to providers, who are being realistic about competition and focusing on regions they are confident they can excel in.

That is not to say this is a new trend caused by the pandemic. It has simply acted as a catalyst. Already we have seen multiple deals in the US with Uber signing to buy Postmates, Just Eat Takeaway acquiring GrubHub and last year DoorDash acquired rival food-delivery app Caviar.

In Europe, Deliveroo exited Germany after four years in August last year, as the company decided its efforts were best placed elsewhere. As we have seen recently with Glovo selling its operations in Latin America to Delivery Hero, this is likely to be set to continue as delivery companies are smart about their future and look to focus sights on specific regions they know they can expand in.

While there have been many mergers between the big delivery players in the past twelve months alone, McKinsey research shows that just 26% of traditional-delivery orders are made online today , showing there are still huge opportunities for the industry.

The importance of focusing on key markets

The importance of focusing on key markets where delivery players are able to build a long-term sustainable business and expand their offerings cannot be stressed enough, rather than being everywhere but thinly spread.

For Glovo, selling operations in Latin America allows us to focus on our strongest operating regions, in order to provide our unique multi-category offering to customers. In the delivery space, we believe it’s crucial to be number one or two in the cities we operate — becoming the market leader in terms of orders allows you to bring better partners onboard which means you’re able to provide customers with the most popular content. This “network effect” also has a massive impact on our couriers.

By having the best offers and the most in-demand stores and restaurants we’re able give them more orders per hour, which means more income. And with more couriers we’re able to shorten delivery times, becoming much quicker, more effective and more efficient. Since the onset of the pandemic, with rolling lockdowns in place across most of the world, we’ve seen a surge in on-demand deliveries, with stay-at-home orders accelerating a change in consumer habits as people adjust to the “new normal”.

The expectation now is that everyday essentials will be delivered within minutes rather than days. However, this poses quite the challenge for retailers that don’t have the functionality, or scale, to cater to this demand.

In fact, high-street retailers are probably the last commercial segment to digitalise themselves. Local commerce that wants to survive needs to be agile and find ways to scale and adapt to rapidly changing consumer habits. Through strategic partnerships with on-demand delivery players retailers can become much more competitive in the digital economy.

In fact, high-street stores are uniquely positioned as they are close to consumers, in comparison to e-commerce giants where products are often stored hundreds or even thousands of miles away.

Many are in a great position to convert their stores into ‘virtual warehouses’ for immediate on-demand deliveries that take minutes rather than days. This gives them a huge advantage and it’s one that they shouldn’t miss.