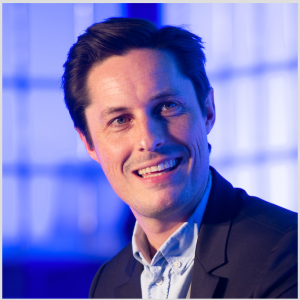 Florian is co-founder and Partner at astorya.vc, a European early-stage / insurance fund launched in October 2017. He has been working in the investment industry for 10 years: investment manager at Affine, a listed property company, investor at Newfund, a tech VC based in Paris, investor at AXA Ventures, a VC fund investing in European insurance startups, and now at astoryaVC. Florian is an engineering graduate from Telecom ParisTech and business school graduate from HEC. He regularly writes and tweets about InsurTech, AI and Startups.
More articles

(Editor’s note: this a guest post from Florian Graillot, co-founder and partner at Astorya.vc, a European early-stage insurtech-focused fund launched in October 2017.)

What a first half of the year in the European insurtech scene: over €1.7B was invested across 52 deals. That’s basically more than 2019 and 2020 (read more) combined!

Obviously, mega rounds have driven these figures to the sky, but interestingly, there are several trends at work in that ecosystem beyond the ‘unicorn’ club: the entir evalue chain is now addressed, even at more mature stages, and smaller geographies gave birth to interesting use cases.

To help you get a comprehensive view of the European insurtech scene, we are happy to provide you with further details on deals done in H12021. Based on astorya.io‘s market watch tool, every deal announced was spotted and analyzed, to build this report. You will find usual KPIs by size and countries, and business-oriented knowledge alongside the insurance value chain. In H1 2021, European insurtech funding reached an all time high, with over €1.7B invested through 52 rounds. That’s basically as many deals as in 2019 and already 70% of what was announced last year! The ecosystem is obviously maturing, with a median deal size now at €5.7m compared to €3m last year. Speaking of mega-rounds, the two biggest rounds combined – Wefox for €500m+ and BoughtByMany for €280m+ – attracted half of the money invested in European insurtech startups over that period of time. That obviously led them reach the ‘unicorn’ status, alongside with: Zego, Alan, Shift Technology and Tractable. Interestingly, they have different business models: from direct to consumer for BoughtByMany, to enterprise software with Shift Technology and Tractable, or full-stack players (Zego, Alan or Wefox in a sense, through its previously branded ‘One’ business line).

It’s also worth mentioning that in that full-stack space, a new startup was launched in France (Acheel), and Element (in Germany) and Hellas Direct (in Greece) raised additional rounds. As usual, the three biggest ecosystems (France, Germany and the UK) have attracted most of the money invested in H1 2021, 95% to be more specific! Germany is leading the wave in terms of euros invested (with €640m raised by local startups) while the UK was the most active country with 16 deals announced there.

Interestingly though, in terms of the number of deals closed, things were more balanced and 30% of rounds raised in that period of time were outside of these three countries. Beyond full-stack startups that we detailed above, distribution is once more the most active part of the value chain, with 58% of rounds announced there. On the product side, there were more deals than usual, with a wide range of use cases covered: YasLife on health insurance, Datafolio leveraging connected data to better assess risks, or Unslashed (read more) enabling insurance in the crypto World. The claim part of the value chain kept its position with around 10% of the deals announced, and underwriting welcomed more mature rounds with. Akur8 (read more) that raised €25m or Hyperexponential raising €15m. Compared to our 2020 review of insurtech investors, and beyond the usual funds covering the insurtech space (e.g. astorya.vc at seed stage, MMC at early-stage or Finch Capital at growth stage) there were new players in that space: from seed investors covering any industry and then investing in insurtech on an opportunistic basis, to private equity companies leading mega rounds.

After six months of strong activity, we are all wondering if that pace is sustainable: long story short, will insurtech startups keep raising 3-digit million rounds? And beyond rounds themselves, will we experience the first exits in the European insurtech scene, or even the first IPO in that market?

Fortunately, there are plenty of opportunities still to leverage: starting with new risks like Riskwolf on IT-based downtimes, or leveraging external data to better assess risks like IntelligentAI.

We also expect a few new full-stack startups to enter the market (starting from scratch, or moving from MGA to full-stack) and several fast-growing, direct-to-consumer startups are expected to come back to the market, with what should be mega rounds as well.

And beyond insurtech themselves, we expect more adjacent players to raise rounds to accelerate on offering insurance to their customers (as the ‘embedded insurance’ trend is surging).

Photo by Christian Lue on Unsplash