Why I’m not going to Web Summit – in Dublin, Lisbon or anywhere else 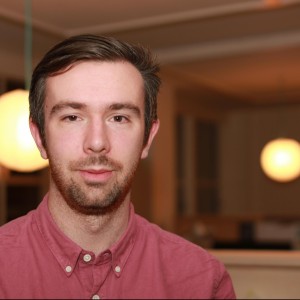 Web Summit have recently discovered the wrath of the Irish after announcing that, from 2016, they’ll be moving the event to Lisbon, Portugal.

Although a number of reasons for the move have been given, such as “more room for expansion”, it’s clear that financials were the main driver behind the decision. In many ways, this is understandable, after all, Web Summit is a business, and it needs to make business decisions. Understandably however it has left a bad taste in the mouth with many in Ireland, as it had become an integral part of Ireland’s startup community.

Update: Is Web Summit a scam? Well, if you have to ask …

At this point I should fully disclose that I have never actually been to Web Summit, various circumstances have prevented me from going, including my girlfriend’s appendix bursting two hours before I was due to get on the plane a couple of years ago, and now it looks like that will be the closest I ever get, as I have taken the decision to never go to Web Summit.

In Dublin, Lisbon or anywhere else.

No, I’m not secretly half-Irish with a grudge to bear over the recent move, however the underlying motives that played a part in that decision, do play a part in mine.

Call me old-fashioned, but I believe startup events should be beneficial to startups, and that their primary goal should be to deliver a valuable experience to the young companies that attend the event. As the event has grown bigger and bigger over the last couple of years, it has been more difficult for the Web Summit to deliver value to the attending startups – so I’ve been told by many of them – and it appears they’ve almost become an afterthought to the glitz and glamour, and the desire to make money.

Web Summit first entered my bad books a couple of years ago, when I became sick to death of their spam. Because that’s what it is, spam. Pretty much daily emails selling tickets to an event. While on one hand you have to secretly admire their aggressive marketing strategy, on the other, it’s incredibly annoying and intrusive.

If I had a problem with their marketing tactics, it was about to get even bigger, as I came across a Facebook advert from Web Summit which contained a flat out lie:

This was right at the beginning of the year, when tickets first opened up for Rise Conference, Web Summit’s new event that took place in Hong Kong in May of this year. Now, I’ve been a part of Denmark’s start-up scene, and I could tell you without a shadow of a doubt that there is no way that over 200 people from Denmark had signed up for a 2 for 1 discount code for a new event taking place in Hong Kong, which with the 2 for 1 in fact indicates that over 400 people were looking to go! I was surprised, and still am, that companies can get away with false advertising in this manner.

In fairness, the CEO of Web Summit Paddy Cosgrave did reply to this tweet (although I had difficulty finding his reply, not sure if it was deleted?) pointing out that it was for a code and not a a ticket, but when I pointed out that this was still not true in my opinion, he said that he personally doesn’t know anything about this particular ad but he has to have trust in his marketing team.

I’m not sure whether it was due to me calling them out on it, or another reason, but a couple of days later the number had halved and the advert ran as over 100 people from Denmark had signed up, which rather than fixing the issue, just proved I was right in the first place.

Despite my problem with their ethics around marketing, I was still considering going this year, but at the start of this week I had my decision made for me.

The @WebSummitHQ is charging startups $10,000 to meet with Angels according to founders emailing me. Not cool, not worth it.

Jason Calacanis, an entrepreneur and angel investor in the US revealed that he had had several founders emailing him telling him that Web Summit were offering them a package worth $10,000 to meet with angels at the Web Summit this year.

This is where I have my biggest problem with Web Summit: startups should not be where you make your money from at an event. This is harmful to them, and to the wider community. I understand that an event needs to make money, but get that from sponsorships and ticket sales; do not milk the start-ups. By tapping in to the naivety and desperation that can come from raising money for founders, you are becoming a toxic part of the ecosystem, one that puts its own interests first before those of the wider community. And for those startups reading this that have had such an offer:

Some advice to any startups considering spending $10,000 to meet angels at Web Summit:

The most telling part of all of this, is that not one person has come out of the woodwork to defend Web Summit, saying that it’s worth the money or it’s a great event. Not one. Although it should be noted that several said that the price was much lower than this (around $2,000-3000, which is still WAY too high in my opinion) and that this $10,000 offer could be some ‘special package’.

However, several did speak out about concerning offers they’d been made by the Web Summit as well:

@shashwatpradhan @neilswmurray @NeerajT4 yep, we applied for this last year. They make you feel you've won something first.

@shashwatpradhan @neilswmurray 'won' a place in DWS startup comp in 2013, which was basically an invite to pay for 2m strip of wall w/ logo

@neilswmurray @NeerajT4 yep, they were even advertising free booths for startups on FB and then later asked for €1,950 on email

By using words like ‘invite’ and ‘won’ Web Summit are using manipulative language to make startups feel special and important, something that all young companies want to feel. In reality, you are just being sold to, in fact, I’d go as far as saying you are being scammed.

Calacanis – who’s been fighting these practices for years – made a good analogy:

Founders: don't fall for modeling/photographer scam of 'applying & being accepted!' To pay 10k to @summit @WebSummitHQ or any other ?summit?

3/founders who fall for this spend $20,000+ in fees, travel & time — just like models getting sold portfolio photos, acting lessons, etc.

Then there was the straw that broke the camel’s back for me:

@neilswmurray @faduda But isn't it my patriotic duty to give money, gifts, food and alcohol to Paddy's customers? pic.twitter.com/gktdwTvskT

Suddenly it dawned on me that, as a journalist, I could go for free and even have my costs covered. Normally, I have no problem with this, and I regularly attend events in this manner. However, I can not go to an event where the startups are covering the cost of me being there, as the reason why I write about this industry is because I care about it, not because I need a pay-packet. My opinion is that other players who sit on the fringes of the community – journalists, event organisers etc; – should also have this approach; otherwise we will end up destroying it from the inside. I can not be complicit in an event which preys on startups to make money, so I will not attend while it remains this way.

I have no grudge to bear, I have nothing against Paddy Cosgrave, in fact my dealings with him via Twitter gave me the impression that he was a nice bloke. In fact, I hope that he and Web Summit can prove me wrong and they realise that they’ve not just lost touch with the Irish startup scene, but also increasingly with the wider startup community. Changing location might help with the cash flow, but it won’t help with that.