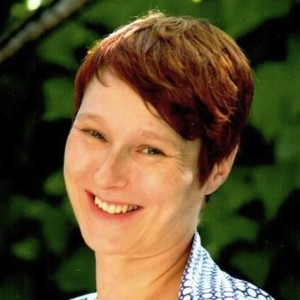 Editor’s note: in light of International Women’s Day, we’re featuring the personal story of Aurélie Pols, about how she coped with selling the company she co-founded with her husband while expecting their first child.

A recent exchange of condolences with someone I greatly respect made me reflect on my life in three fundamental stages. I became a widow at 21 (just like my mother at the same age), an orphan at 31 and a mother who sold her first startup at 36.

Before I got to this point, I moved from the Netherlands to Belgium, and then to Spain.

I’m fundamentally a risk-averse person. Not by choice, but by birth. It’s just in my nature. I never had grand plans of getting married or having children. Fate decided otherwise. That, or just plain Dutch common sense, on top of luck!

I met my husband René at a Master in eBusiness at the Belgian MBA program. I didn’t really notice him at first, but he was rather insistent. My husband tends to be insistent when he sets his mind to something, as a rather well-known analytics guru kindly reminded me during a summit under the snow.

We created OX2 in May of 2003, in Belgium. Armed with a development team, recently acquired through the bankruptcy of a games company, we built websites while measuring them. It was my condition for following René in this adventure – metrics should always be at the core, I believe.

We bootstrapped and grew OX2, with a little bit of assistance from friends and family. The communication was (I think) slick and different; we were changing the analytics conversation from box-moving to actionable insights. We made deals, and we made money.

René and I got married in 2005, mainly for our clients as they kept asking us what would happen if we split up. So we tied the knot. In hindsight, probably not for the best of reasons, but writing this some eight years later, I can safely say that I don’t regret anything.

We are more than a couple; we are partners in life, both privately as professionally.

During the summer of 2007, a company approached us about buying OX2. We had never really thought about that: the term ‘exit strategy’ was new to us. Yet we increasingly became aware that working long hours, often through the night and weekends, was probably not the best way to start a family and assure some kind of quality of life. So René and I talked about it: what we aspired to, how we projected ourselves in the future.

The family question kept on creeping in: kids, or no kids? At almost 35 years old at that point, it was time for some decision-making.

We sold our company in two weeks. We called up the initial potential buyer, mentioned it to our entrepreneur friends, and reached out to get some more bids in.

The successful meeting lasted less than two hours. René, well-prepared, presented our company, our services and clients, and asked if they were interested. If so, we needed to agree on a mere four items, four boxes to be checked, on two lines.

A Texan guy, the then-CEO of marketing and technology agency LBi, flew in and asked us if he could have a think about it. René responded immediately, telling him we could step out of the room and building to have a smoke downstairs, while they deliberated.

People often ask me if my wedding or giving birth were the most thrilling experiences of my life. I’m almost afraid to say that, in fact, the 30 minutes we spent downstairs waiting for the decision were the most incredible of them all – at least for now.

LBi’s counterproposal came in about half an hour after we stepped out of the meeting as they called us in, four guys looking dreadfully serious at the other end of the table.

René looked at me. We didn’t speak but we knew we had a deal: cash upfront, 1 year earn-out and cash after, depending on the results (metrics, you know).

Due diligence stepped in, and the deal was signed 2 months later. We would go on to rebrand OX2 to LBi, move our offices and start fresh in 2008 under the wings of what is now part of Publicis.

That year was the worst of my entire life.

As CEOs moved on, responsibility for our acquisition faded away quickly. The financial set-up was such that our earnings only mattered to Digitas LBi Belgium’s accounting books. Instead of sharing our analytics-related knowledge on a global or even just European level, we were cast aside, and asked to focus solemnly on the Belgian market.

It’s a well-known fact that M&As take a lot of dedication to create value in the long run, but being faced with such blatant short-sighted vision was a dreary lesson to learn.

I worked at the office up until the day I gave birth, and remember writing a column for a Belgian Internet magazine the day following the birth of our son, Luca. I was focused on earn-out, not breast-feeding. Not something that particularly impressed my doctor.

The next three months were spent managing the team from home, while learning about motherhood and the sleepless nights that come with it (mostly in the beginning). No more meetings for me; René took over, leaving me with the company of baby bottles and frightening deadlines while spending a lot of time still in front of my laptop.

We increased our turnover by 60 percent that year, while cutting costs. The earn-out was undeniably a success and we were wondering about next steps.

LBi made it easy for us. They fired us. Handing over car keys and laptops, getting escorted out the building – the whole nine yards – while we wondered how to pick up our son from daycare that day.

A month earlier, awkward threatening emails started pouring in about alleged lack of follow-up for some clients. As I hadn’t left my laptop for the past 12 months for anything longer than four hours or so, this felt very strange. I fought back; they backed down. Then we got ousted. We called up the lawyers, who had been in the loop since the weird emails. Our hard-earned earn-out was in danger.

The legal battle that followed for over a year was a lost cause for LBi from the beginning: the badly written contract, suggested by them, was logically based on Belgian law. They defended themselves using arguments based on UK law. They lost the first round, we settled, and LBi Publicis paid out.

By then, our son was eighteen months old and we’d moved to Madrid, Spain. I was starting to feel alive again, as I refused to go any deeper into technological set-ups of digital analytics tools. It was time for something new, to start rebuilding after a year of total burn-out and horrid stress.

We decided to have another child. Just to make sure Luca wouldn’t have to face this world alone if anything happened to us. We were blessed with Sofia, a mini-version of myself.

Two years ago, René and I created Mind Your Group and Mind Your Privacy. Last week, I came back from an IBM event in Las Vegas, where I spoke about the cloud and privacy.

We’re back in the game, and I wouldn’t have it any other way.

This is my little story as a woman, European tech entrepreneur and a mother. I hope it was useful to you in any way. You can find me on Twitter here.