There are emails you gave permission to receive that never actually reach you, for a variety of reasons. This translates to lost revenue for email marketers, to the tune of €19.4 billion in Europe alone.
Robin Wauters 17 December 2013
Share
Facebook Twitter Linkedin

Spam is obviously a huge pain in the ass for anyone who uses email privately, professionally or both, but the reality is that most junk email never even reaches your spam folder, let alone your main inbox.

In fact, there's a ton of legitimate (as in, opted-in) emails that get marked as spam somewhere along the way and thus never even have a chance of enjoying your short span of attention. Even though you gave permission to receive it, whoever's trying to get your attention - and likely with marketing emails, some of your money - isn't getting through to you.

There's plenty to be said about this so-called deliverability issue, but we like data about these topics more than words around here.

In swoops Paris, France-based Mailjet with some findings on the cost (i.e. lost revenue) of legitimate emails that never make it to recipients' inboxes, with specific data pertaining to Europe.

For the record, Mailjet gathered more than just internal data, and tapped from a variety of sources to come up with a definitive number of the apparent 'cost of spam' in Europe. Because the company provides solutions that help email marketers address deliverability issues, it's in their interest to showcase that this is a problem, but there's something to be said for the findings, and we've double checked the results with an independent email marketing expert.

The methodology and sources are indicated below for completeness' sake.

So, what is the email deliverability problem costing email marketers in Europe?

That is, at least, how big a problem Mailjet estimates it to be, based on various studies. One of them is the generally accurate and oft-cited Return Path 2013 Report, which says in between 15% and 20% of all permission-based emails fail to reach recipients, depending on the country.

Emails that get lost somewhere in space mean lost sales, and an impact on the overall conversion, satisfaction and churn rates of email marketing. This is particularly true for so-called 'transactional' emails, such as order confirmations or password resets.

To get something of an international perspective, Mailjet harnessed and analyzed several studies, with a focus on the European Union.

According to the Radicati Group's Email Market 2012-2016 report (PDF), the total amount of emails sent worldwide on an average day is roughly 140 billion.

According to Symantec's Intelligence November 2012 Report (PDF), 68.8% of all emails sent daily worldwide were spam.

Now, to come up with a number for legitimate emails sent in Europe, Mailjet looked at the the proportion of European Web users in the world, which is 18.96 percent according to the CIA World Fact Book (2009 data).

That gives us a rough estimate of how many permission-based emails are sent every day in the EU: 8.28 billion.

Now, according to email security firm Vade Retro, roughly 50 percent of those emails are of personal nature, sent by one individual to another. Leaving those out, to zoom in exclusively on emails sent by businesses, the number drops to 4.14 billion. 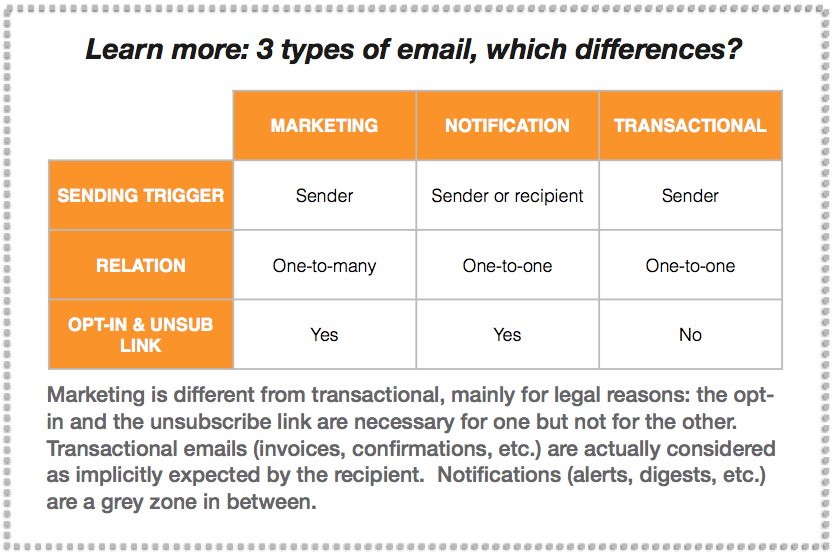 Breaking down the financial impact

The superior performance of transactional emails illustrates the financial impact of deliverability problems. On average, in Europe, only 84 percent of marketing emails reach the inbox, whereas 92 percent of transactional ones 'hit' the mark (source: Return Path Email Intelligence 2012).

When you put together all this data, the estimated shortfall means more than 53,22 million euros in lost revenue every day, or more than 19,4 billion euros yearly.

Here are the detailed stats per EU country: 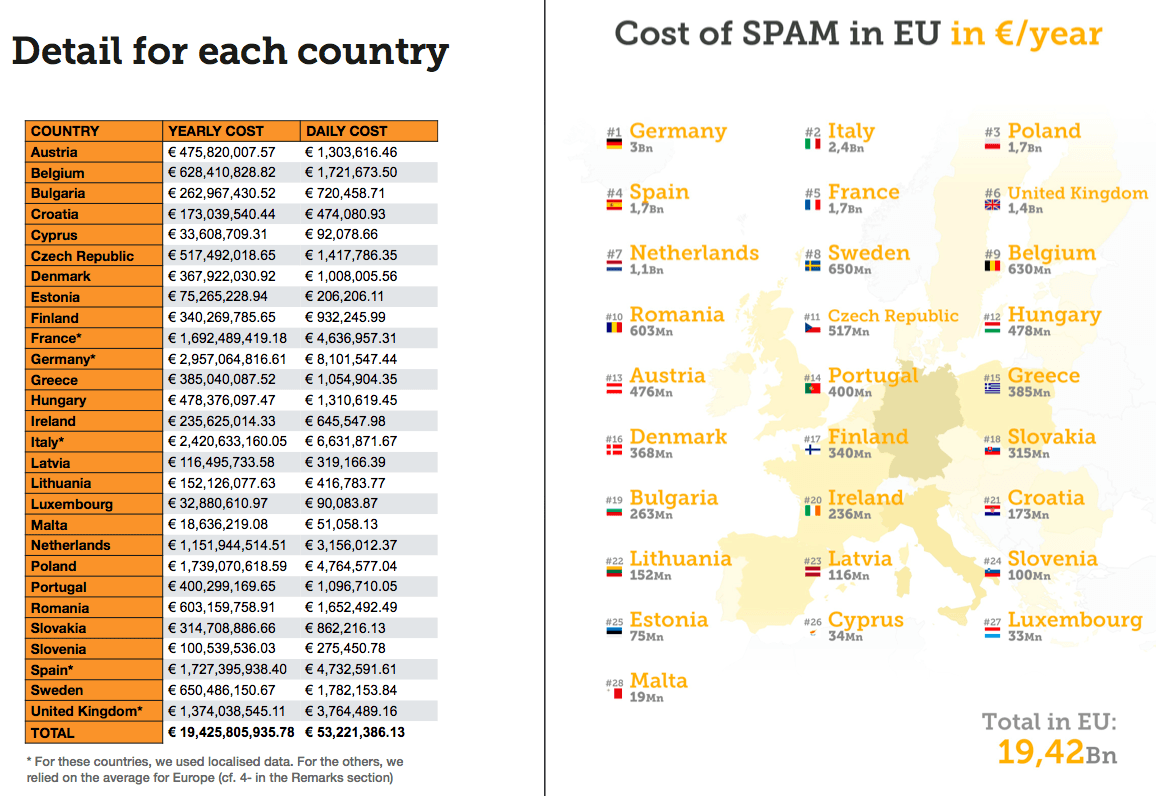 On a sidenote: Mailjet estimates the worldwide shortfall to amount to 292 millions of euros per day, or 106 billion euros per year.

We asked renowned digital and email marketing expert Tamara Gielen, co-founder and CEO of Plan To Engage and initiator of an international email marketing community with more than 4,700 members, to take a look at Mailjet's findings and tell us what she thought.

Those are interesting numbers and they are bound to get some press coverage and trigger some companies to want to act on them, which I guess is the main purpose for reports like these.

I agree that, for some email senders, deliverability can be a challenge, but when they are having deliverability issues it's in almost all cases not the technology that is to blame, but rather the company's bad email practices.

If you insist on regularly sending highly irrelevant messages to your database because "email is so cheap, why should I segment?", or if you practise bad list hygiene, you'll run into deliverability problems sooner rather than later.

Changing email platforms will not take away the root cause, instead, like a pain killer, it will just relieve the pain for a while, but it won't take away the festering infection.

To solve the issue long-term, you need to change your behaviour: don't send people stuff they don't care about.

Not spam: estimated cost of 'false positive' junk mail amounts to more than €19.4 billion in Europe alone
Comments
Follow the developments in the technology world. What would you like us to deliver to you?
All

NEXT
Badoo by the numbers: 200 million users and $200m in annual revenue on strong mobile usage growth
Badoo, a social network that revolves around…
Robin Wauters