Immigration is a burning issue in Europe. So much so, in fact, that Roma homes are being set ablaze in EU countries, their occupants gunned down as they flee outside, even if they are 5 year olds. What are we to do with the boats coming into Lampedusa, the cars on fire in the banlieues of Paris and the demands for mosques to be erected in picturesque Switzerland? And what, if anything, does all of this have to do with an online publication covering technology and startups in Europe?

It may have something to do with Zena Koskei. I met Zena recently at a Seedcamp event in Berlin. She had come to Berlin from her native Kenya to study and is now building her startup, UnPay.eu.

At the same event, I met Appu Shaji who graduated at one of India's famed Institutes of Technology and came to Lausanne's EPFL to do a deep dive into image analyisis. Paul Boyce is an Englishman building Popcornmetrics.com out of Portugal. Philipp Mayer is a German, working with Rahul Tongia, another IIT graduate. Philipp and Rahul are building SquadMail, aiming to fix the broken tool everyone loves to hate - email.

Andris Berzins was also there. When you hear him pitching his startup – BuzzTale – he doesn't sound very Latvian (both his parents are). His English, in fact, has a distinct 'down under' ring to it since Andris was actually born in Australia, spent a good deal of his young life in the US and is now basically a global citizen, dividing his time between Latvia, the UK, US and everywhere else.

What are those 'borders' you speak of?

The European startup ecosystem is a bewildering cacophony of diversity. Founders, investors, developers, journalists coming from all corners not just of Europe but from across the globe.

tech.eu? A Belgian, two Irish guys, a Spaniard, an American (of French – Iranian origin) and a Croatian.  Incredibly enough, the American lady on our team – Roxanne Varza – was actually *born* in Palo Alto. When I learned this just recently I was amazed – I thought Silicon Valley was a place everyone goes to, but the fact that some people actually live there and babies are actually born was somehow counterintuitive.

The Seedcamp team is no better than our little group. Saul, the founder and Chairman of the Board, was born in South Africa, grew up in the UK and now divides his time between Tel Aviv and London. Reshma and Carlos, the Partners, both studied in the US but came there from very different places – Reshma from India and Carlos from Honduras. Kirsten is Dutch, Hilary is American with a distinctly Hungarian-sounding surname (Szymujko) and the rest of the team are all over the map – literally – including Germany, France and – remarkably! – even the UK.

The global war for talent has been going on forever. "Give me your tired, your poor“ – so goes the famous line from Emma Lazarus' "The New Colossus". A more careful reading of that same poem will show us that Emma understood quite well that the Belgians, Croatians, Spaniards and – of course – Irishmen flocking to the New World were not "tired“.

To the contrary – they were the bravest, most entrepreneurial and the toughest of solid old European stock. "Keep, ancient lands, your storied pomp!", another line from that poem, just about says it all. 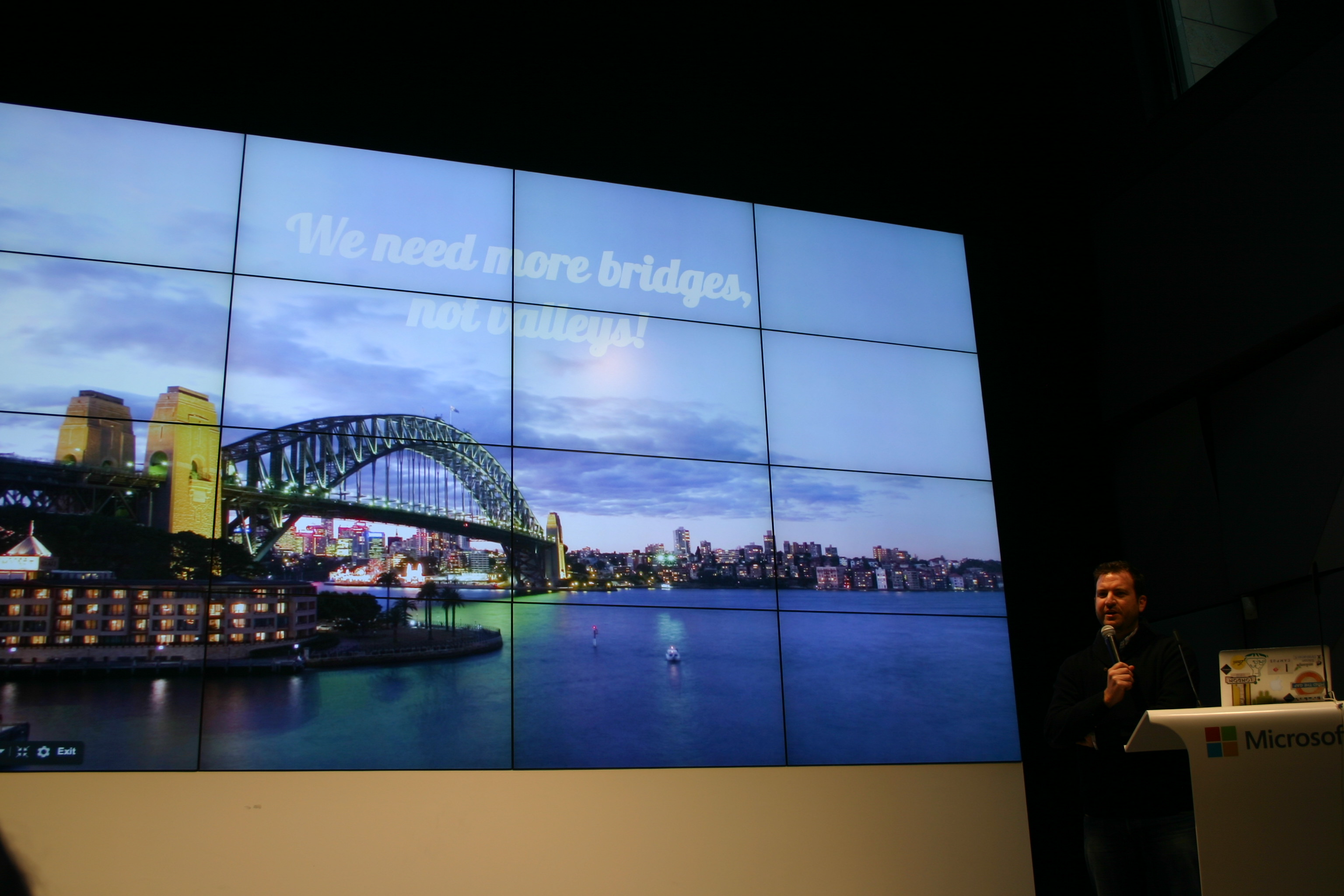 Have skills, will travel

Nowhere is the battle for talent more visible than in the various "entrepreneur visa“ initiatives. As expected, the US and the UK are the countries where the leaders of the technology industry are pushing most actively for their governments to make it easier to bring top international talent to those countries, with as few bureaucratic complications as possible.

The interest is definitely there – the UK Home Office "was unprepared for a 1,520% rise in applications", the Guardian reports. Fred Wilson, one of the most highly regarded VCs in the US, has spoken often and vocally about the need to make it easier for top talent to get into the States.

Entrepreneurship – and the startup ecosystem in particular – is showing us exactly the opposite dynamic of the xenophobic paranoia taking hold in large segments of the general public. "Send us your talented, your smart!" might very well be the inscription on some modern-day Statue of Liberty, quite likely erected not in New York City but somewhere near the Golden Gate bridge.

tech.eu reached out to several accelerator programs in Europe to inquire about the diversity of the founders participating in their programs, as well as their views on this issue.

Here is the breakdown of the last two batches from the highly acclaimed Startup Sauna program based in Espoo, Finland:

We also asked the program organizers to share their views on whether this is a relevant factor, how hard or easy is it for foreign entrepreneurs to start a company there and does it correspond in any way to political developments on the Continent, specifically the rise of anti-immigration and xenophobic sentiments.

I would say that Finland is an easy country to start a company and not only is the process of starting a company easy, but you will also receive a lot of support once you have your new company. Diversity is definitely a positive aspect.

We would have no chance of standing the competition if we couldn’t say we were an international ecosystem. I believe the issues of immigration and xenophobia do not affect the people who are truly wanting to start a company here. Sure there might be some talk every now and then, but in reality this isn’t much of a problem.

Paolo Lombardi of TechPeaks in Italy:

We have done all that was possible to ease the process (of forming a company in Italy), however I cannot deny there were problems in these aspects:

·         Language barrier: accountants do not speak English fluently, on average, and that poses a problem; coders do, so recruitment does not suffer from that

·         Very steep learning curve for fiscal and legal issues: this is tough everywhere, from what I here also from our European partners of EIT ICT Labs (European Institute of Technology), so in the end I am not sure this applies only to Italy.

Ethnic diversity is important and useful because it brings richness, contacts in other markets and a different mindset. We don't see much of a problem with „xenophobic pressure“ - Trentino is not novel to brain-porting initiatives and the political right is very weak here.

America was, and is, a remarkable 'melting pot', but it's not the only one anymore.

The ambitious project called the "European Union“, under so much criticism and barrage, seems to be actually working out in some areas. The best and the brightest are not only finding it easier to reach the startup communities of their choice. They are being actively courted with (sometimes) free seed stage investments (i.e. grants, no equity required), subsidized living and / or travel costs, superb mentor networks and other attractions.

That's great for startup founders. What it means for the various European countries and, more appropriately perhaps, cities that are fighting for tech and startup talent, is that the fight will only get tougher in the years ahead. If you happen to be, say, a mayor thinking about how many Sauls, Ivos, Zenas, Appus and Reshmas will head to your particular city to build the next Facebook – well, the fact that you're reading tech.eu is certainly a step in the right direction!

Burning houses, growing startups
Comments 2
Follow the developments in the technology world. What would you like us to deliver to you?
All

NEXT
Why let Code.org have all the fun? Here's how Europe can get with the program and learn how to code
By now, just about everyone has seen that…
Roxanne Varza