Now, the seed fund is taking its rapid 'spray and pray' investment strategy to a whole new level with the launch of a new initiative dubbed Kima15.

Through Kima15, the investment firm aims to inject $150,000 into approximately 50 startups per year on 'standard, founder-friendly terms', in exchange for a 15 percent stake, and wire the money over to the companies' bank accounts within 15 days for each deal.

Let's take a step back and look at the firm and the offering in more detail.

Who is Kima Ventures?

Kima Ventures is a seed fund started in 2010 by two serial entrepreneurs, the indomitable Xavier Niel (Iliad, Free, Le Monde, 1000Startups etc.) and Jérémie Berrebi (Net2One, Zlio). Since then, Kima Ventures has made investments in more than 200 startups in 23 different countries all over the world.

Most of those startups you've likely never heard of, but there have been some outliers: Sparrow (which was acquired by Google) and Rapportive (bought by LinkedIn) leap to mind, while other portfolio companies seem to be showing nice growth (some examples: 3D printer company Formlabs, social gaming outfit FreshPlanet and digital promotions platform ifeelgoods).

Niel is based in France and evaluates deals together with Berrebi, who resides in Israel, notably almost exclusively over email. There are now also two full-time associates, working out of London (Vincent Jacobs, formerly at Seedcamp) and Paris (Michel Sassano, previously at Orange and Wooga).

Kima Ventures will continue making deals separately from Kima15 - offering greater flexibility in terms of capital, valuation and whatnot - and strive to invest in up to another 50 startups per year.

As you would expect, the fund mainly invests in projects in the Internet industry at large, as well as mobile, video games, hardware, software and telecom applications.

As outlined above, Kima15 is a new Kima Ventures initiative that will invest a fixed amount into seed-stage startups at non-negotiable terms. An overview of the offer:

- $150,000 for a 15% dully-diluted equity stake (at a $1 million post-money valuation) - quick decision-making: Kima's team will give a clear 'yes' or 'no' answer within 5 days - quick money transfer: Kima aims to wire the money within 15 days - legal fees are paid by the startup, but are capped at $4,000 - an employee stock option plan (ESOP) of at least 5% will be put in place - Kima Ventures will not tell founders how to run the business, nor take any board seats - startups can apply only via AngelList

I took a look at the proposed deal terms, which are freely available on the Kima15 website, and I couldn't find anything out of the ordinary. That's not much a surprise, considering that they are based on Seedsummit template documents used by close to 30 European VCs today.

That's about as transparent as you can get as an investor, but it's worth noting that it's also a great deal-flow generator for the 'normal' Kima Ventures fund.

If Kima15 gets a lot of attention in the global startup community - and I daresay it will - then Kima Ventures will be able to handpick the most interesting opportunities and 'massage' the standard term sheet with the founders of the most promising startups, while being able to back a bunch of others with an absolute minimum of fuss and distractions on both sides of the fence. And to continue to decline the non-interesting ones, but that goes without saying.

As for the promise of completing investment deals from signature to bank transfer in 15 days, it's important to note that this is a goal, not a time frame set in stone.

The need for speed in early-stage deals is real, but it seems to me that closing a $150,000 investment in 15 days will actually take a lot more days of preparation and a whole lot of stars aligning in the process. Nevertheless, there's no reason why Kima15 couldn't offer an unusually quick turn-around, given that all the information and terms are right there for the absorbing. 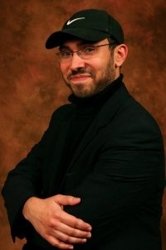 Over 200 companies backed so far, and Kima Ventures is striving to invest in up to 100 more startups in the next 12 months. I asked Berrebi (picture) how such a small team (3 full-time staffers, with Niel on call for evaluating investments and strategic decision-making) can manage such a big and growing portfolio of companies, and what the process is typically like.

"We receive about 20 to 40 projects per day," Berrebi says, "and we currently invest in about 2 or 3 per week. Those are early-stage investments, so they're very risky. Before we decide to invest, we need to get to know the team behind the project, the vision (to understand if the founders are addressing a real need) and how they plan to use the capital."

"We're not unlike 500 Startups," adds Berrebi, referring to the equally prolific US-based seed fund started by Dave McClure. "The main difference is we really only have one investor, Xavier Niel."

"We don't have to report to anyone," he adds.

Asked whether Kima Ventures has deployed any custom software to manage its investments, Berrebi says this is not the case.

"I centralize everything," he says. "You can ask me what's happening in any of our portfolio companies, and I will tell you. It has helped me build a wealth of experience of what works and what doesn't, so I can answer queries easily and rapidly. I realize it's not scalable, but we're working on that."

For one, Kima Ventures has developed a back-office to more easily manage incoming deal-flow, and it will soon be able to handle startup reports as well.

As noted earlier, Kima Ventures has partnered with AngelList to manage the application process for Kima15. AngelList founder Naval Ravikant thinks it's the first of its kind, and believes in the project.

In a press statement, Ravikant opines:

"Kima's program is innovative - it gives startups a straight answer, predictable timeline, and a standard set of documents. To my knowledge, it's the first time an institutional investor has offered an SLA (Service Level Agreement) to startups."

We also asked Max Niederhofer, a former investor at Atlas Ventures and Accel Partners and now a partner at Sunstone Capital, to share his thoughts. He raises some interesting questions, but is also confident Kima Ventures may be on the right track:

The liquidation preference and other provisions are standard. Whether the cost of capital – 15% of fully-diluted equity plus an unallocated ESOP – is the right price really depends on each individual company, its team, underlying technology, traction, their connection to VCs, etc.

It’s certainly not a bad offer for truly seed-stage companies, i.e. if you do not have much more than a prototype and a deck.

The proposed timeline is great, though nowadays I don’t know of any VC that needs much longer than two weeks to make up their mind about a seed deal. Sunstone recently did a Series A from first meeting to closing (including wire) in less than three weeks.

Great entrepreneurs can probably raise more money on better terms even at the earliest stage, so what you have to ask yourself as an investor is whether you’re really going to be getting into the best companies with this approach.

I have a lot of respect for Kima Ventures and their principles. They are taking true seed-stage risk in their portfolio. I wouldn’t call their approach spray and pray. They do select the people they back carefully and have a wealth of operating knowledge that informs what segments they are active in.

At this point, above all, we need more capital in Europe, so any sign of competition and that the market is asking for these types of cookie-cutter structures is a pretty good sign.

“What Kima Ventures is doing is interesting because speed is essential with entrepreneurs, and so many VCs and angel investors dither around. However, the time is too short to allow entrepreneurs to syndicate, i.e. to increase the round to achieve something more meaningful.”

How sustainable is the model?

That would appear to be positive reactions from the European investment scene. Speaking off the record, though, more than one VC told me that there isn't anything inherently wrong with the way Kima Ventures works and the terms offered by Kima15, but quite a few had reservations about the model.

More specifically, two investors raised concerns about the fact that it's likely impossible for Kima Ventures to truly build a fruitful working relationships with the companies they back, considering the pace. One investor opined that what Kima is doing isn't really that much different from the curated model traditional VCs use, with the difference being that the former curates much less aggressively.

Additionally, a partner at one of Europe's biggest VC firms asserted that Kima's portfolio failure rate will likely be higher than most investors.

That seems plausible: $150,000 isn't that much money when you want to build a business at scale, and the question is what happens when all the Kima Ventures portfolio companies start looking for follow-on funding at the same time? At this pace, there may be a Kima startup hitting the market for additional investment almost every week by this time next year.

Ultimately though, it's up to entrepreneurs to make a decision about which investors they partner with, and Kima Ventures isn't anything if not upfront and transparent about the way they work.

And what every investor seems to be agreeing on is this: more options for seed capital going into startups across Europe (and beyond) is always a good thing. As one VC put it succinctly: the market will decide.

We'll keep a close eye on Kima15 to see how it pans out.

Kima Ventures woos startups with offer to invest $150,000 for a 15% stake, deal close in just 15 days
Comments
Follow the developments in the technology world. What would you like us to deliver to you?
All