How can we breed and support more young entrepreneurs in Europe? We asked some of them.

People are starting companies at increasingly younger ages across the globe, but Europe is trailing in that department. We asked some exceptional, young European entrepreneurs how to change that.
Roxanne Varza 06 February 2014
Share
Facebook Twitter Linkedin

Seems today's (potential) startup billionaires are getting younger and younger, with examples from companies like Facebook, Instagram, Snapchat, Codecademy and more. Looking at the list of 16 names on Time Magazine's Influential Teens of 2013, two of them happen to be Europeans - and working in tech.

Naturally, one of them is Britain's Nick D'Aloisio, the 18-year-old founder of Summly (acquired by Yahoo last year). And the other name is perhaps somewhat more under the radar: Romania's now 20-year-old Ionut Budisteanu, who won Intel's Engineering competition with a self-driving car. Still, while the average age of entrepreneurs may be decreasing in Europe and America alike, it seems that in Europe there are fewer examples to choose from. What gives?

Not your average education 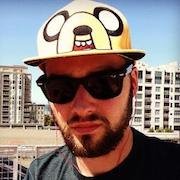 CoderDojo co-founder James Whelton, a 20-year old Irish entrepreneur (pictured on the right), finds that the lack of young entrepreneurs in Europe may be due to the continent's relationship with a university or college education.

"In Ireland, when I decided not to go to college, it was unheard of and stigmatised," says Whelton. In addition, he finds that higher education is relatively affordable in Europe compared to the US, meaning that fewer people are likely to avoid or miss out on the opportunity.

But the European job market - especially for young graduates - doesn't reflect the job security that many normally associate with having a degree.

"Many assume if they get a degree - for example accountancy, marketing or law - they will have a solid job opportunity as soon as they leave college," Whelton states. Yet, while many struggle to find jobs, they do not seek to create their own opportunities.

"I firmly believe there needs to be a culture change to how people perceive education ... it breaks my heart to see people go to college as 'the thing to do'," Whelton adds.

Not only does the relationship with classical education need to be changed, but entrepreneurship and technology need to find their place in the classroom as well. Nick D'Aloisio has mentioned this in a number of interviews. He even argues that schools may want to put less emphasis on teaching code, and more emphasis on entrepreneurship as a career possibility.

On the other side of the Atlantic, Teens in Tech founder Daniel Brusilovsky (pictured on the right) finds that education also has its role to play:

"In my opinion, it has to start before college," Brusilovsky states.

"Start teaching computer science and entrepreneurship in middle school, or even elementary school (I don’t know what you guys call it in Europe).

argues that while there more and more programs teaching and encouraging entrepreneurship throughout Europe, the change will not happen overnight.

"You cannot teach entrepreneurship from one day to the other - so this change needs to happen on a larger scale," Sousa says. He finds that entrepreneurship education needs to go beyond this recent notion that everyone should go out and create a company.

Instead, he thinks schools should focus more on providing students with more flexibility to pursue extra-curricular projects or startup bootcamps with actual companies. "The truth is, most students don't get real-world experience until they're out of university," he posits.

What Sousa proposes as a potential short-term solution is along the lines of a 2-month internship for high school students. Not a bad idea.

Discriminating against the young

For example, 19-year-old Tiago Vidal, who is the founder and producer of the GO Youth Conference in Lisbon, finds that minimum age requirements to start a company may be dissuading a lot of young entrepreneurs.

"In Portugal, you can't start a company if you're less than 18 years old - so if Nick D'Aloisio was Portuguese, he wouldn't have been able to sell his company to Yahoo for $30 million," says Vidal (pictured, right). In the UK, one can even become the director of a company at as young as 16.

Thus, as a result of the age requirement - which are pretty standard throughout Europe - many young entrepreneurs begin by creating non-profits. While this can be a great temporary solution with less legal and fiscal responsibility, Vidal finds that the shift from non-profit to actual business can be very difficult.

Both D'Aloisio and Sousa also argue that young entrepreneurs struggle with credibility and trust.

In his interview at LeWeb Paris 2013, D'Aloisio revealed that his investors required to meet his parents prior to investing in Summly to make sure the project was legitimate.

While many are likely to be more impressed by the achievements of a younger entrepreneur, Sousa argues that young entrepreneurs need to work much harder to prove that they are reliable and 'not just another high-schooler'.

Whelton has some stories on the topic as well, but fortunately they're mostly amusing:

"Fortunately I haven't met any real ageism or been treated immaturely, but I did start when I was late into being 18. My main issue has been lack of life experience. I placed my work ahead of me. I moved out of home the week after I finished high school and lived on couches and floors for about 3 months, was almost driven to eating cat food on several occasions.

When it came to looking after myself, even sleeping correctly, having *some* free time and knowing the importance of regular meal times. I had my inaugural burnout at 20 and it took me to the point where my peptic ulcer was about to have twins to realise the importance of looking after oneself and how much that affects the rest of one's work. I think they call this 'Maturity'.

Although when I went to setup CoderDojo in Asia, I landed in Tokyo and there you are considered an adult at 20 (can smoke, drink, etc). I was 19 at the time and the border control agent was wondering where my parents were. That was fun to try and explain!"

While young entrepreneurs in Europe may be few and far between, there are quite a few local initiatives to support and encourage them. One of the most well-known and popular organizations is the Sandbox Network. Founded in 2009, the international network for entrepreneurs, innovators and young achievers under the age of 30 counts over 500 members (half of their entire membership base) in 11 different European countries.

Naturally, Sandbox is not the only network or organization striving to encourage and facilitate things for the younger entrepreneurial population.

One initiative that perhaps doesn't get enough credit is the Erasmus Program for Young Entrepreneurs, which allows students or new/aspiring entrepreneurs to spend 1-6 months with an experienced entrepreneur in participating countries - and is partially funded by the EU.

But why all this fuss about young entrepreneurs anyway? Does age really matter?

Well, a BBC report from October 2013 correctly pointed to the fact that entrepreneurship may be a very valid solution to high unemployment rates, especially for the younger age range.

In fact, by May 2013 the UK had seen a 29 percent increase in firms created by 18-25 year olds since the recession, demonstrating that many were turning to entrepreneurship in order to combat the economic downturn.

Also read: More ladies in tech: what is Europe doing to change the ratio?

How can we breed and support more young entrepreneurs in Europe? We asked some of them.
Comments 2
Follow the developments in the technology world. What would you like us to deliver to you?
All