Viber, the company behind a slew of calling and messaging apps for desktop and smartphones, is reportedly in acquisition talks with a 'leading Asian IM company' for up to $400 million.
Robin Wauters 11 February 2014
Share
Facebook Twitter Linkedin

Viber Media, the company behind a range of mobile and desktop apps for calling and messaging, is being courted by an Asian IM company for an acquisition to the tune of $300 million to $400 million, Israeli business publication Calcalist reportedly early in the morning (in Hebrew).

Viber is quite popular: in May 2013, when it last publicly shared user numbers, it had 200 million registered users.

According to Calcalist, the founders of Viber Media - who have pretty much bootstrapped the company and never raised an institutional round of financing - are currently engaged in acquisition talks with a 'leading IM company from Asia', where 67 million people reportedly use Viber today.

Names were not shared, but the 'leading' IM companies in Asia are Tencent (WeChat/QQ), Line and KakaoTalk, and arguably Samsung with its ChatON app.

Update: Viber, unsurprisingly, tells us it does not comment on rumours.

Update 2: Haaretz reports the story as well, noting that Viber approached investment banking firm Goldman Sachs to help it find a buyer about six months ago.

Update 3: Also check out Geektime's take on the topic. 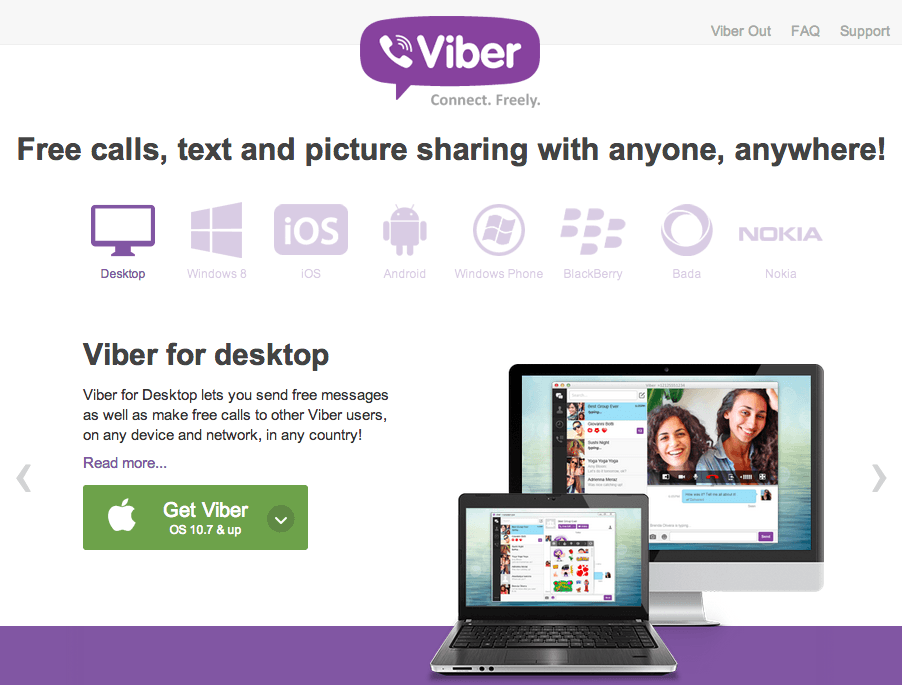 Viber founders Talmon Marco and Igor Magazinik first launched an iPhone app back in December 2010 - I remember billing it as an instant Skype rival (and calling it 'amazingly amazing').

Late last year, Viber launched its 'Viber Out' calling service, which allows its users to make low-cost calls to mobile and landline phones worldwide from within its mobile apps.

It is made primarily in development centers in Belarus and Israel, although the company's headquarters are in Cyprus.

As mentioned earlier, Viber has never raised funding, in sharp contrast with other Western rivals such as WhatsApp and Kik. However, last year we picked up on rumours that the company was set to raise a monster first round totalling up to $100 million - although this seemingly never came to fruition.

The same, of course, could happen to this story, although Calcalist has a knack of learning about acquisitions of Israeli companies (or in this case, companies started by Israelis with a development center there) early on.

Popular messaging app maker Viber reportedly in acquisition talks with Asian IM company for up to $400m
Comments 1
Follow the developments in the technology world. What would you like us to deliver to you?
All

NEXT
Taming a search titan: A deep dive into the Google-EU antitrust pact
Four years ago, if you would have asked Joaquín Almunia what he knew about the search engine…
Alia Papageorgiou