Post-exit: What on earth is Heroku co-founder Adam Wiggins doing in Europe? (spoiler: not vacationing)

After co-founding and serving as CTO of cloud platform company Heroku, Adam Wiggins sold it to Salesforce for a small fortune. Now, he spends his time in Europe, helping out startups. What gives?
Robin Wauters 14 February 2014
Share
Facebook Twitter Linkedin

Self-described hacker / entrepreneur Adam Wiggins had been around the block a few times before starting cloud platform-as-a-service company Heroku, but that turned out to be the big one - the one that really paid off (though it took a few years, as is usually the case).

After graduating from Y Combinator, Heroku raised $13 million in funding, and was acquired by Salesforce for $212 million in cash in late 2010.

Even though he didn't really have to, Wiggins stayed with Heroku/Salesforce until the summer of last year, when he finally decided to relax a little and think about what's next.

These days, Wiggins is temporarily living in Berlin, offering his knowledge and experience to a select number of startups in exchange for some money (but mostly equity in the most promising ones).

Which begs the question: why? 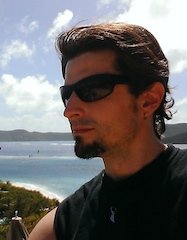 I bumped into Wiggins a few weeks ago when I was in Berlin for the Hy! conference, where he hosted a session on how startups should deal with media (sure, he was Heroku's chief technical officer, but he has also learned how to play different games over the year).

Wiggins is an entrepreneur at heart, though. He dropped out of college to join a video game startup and hasn't stopped building companies since, so you can imagine what will happen in the near future.

But for now, he told me in a phone conversation last week, he's not quite ready to start a new business with his fellow Heroku founders just yet - yet he doesn't want to sit around and do nothing all day either.

So what brought him to Europe, and more specifically Berlin?

Turns out Wiggins could have pretty much moved anywhere in the world (much thanks to you, financial and relational independence!) but carefully groomed a list of potential places to live and work - under guidance of "well-traveled friends" - before settling on Berlin, which he says "has pretty much everything I was looking for".

Wiggins just penned a blog post about what he's up to. In it, he says he found occassionally advising and investing in tech startups (particularly in the San Francisco Bay Area) not quite satisfying enough, and that he wanted to do something more hands-on.

Doing what he refers to as "deep-dive advising" (which is more like operational consultancy and hands-on mentoring than merely passing on knowledge, from the sound of it), Wiggins will spend most of February working full-time for scrappy 10-person startup Clue.

For the startup, that's quite the coup, and Wiggins is booked for the next few months as well, as he aims to help startups with finding the right "Silicon Valley tech startup approach" to problem-solving.

Wiggins is refreshingly (for European standards) frank in his pitch to startups, too:

"Dispensing with modesty, this is a unique opportunity because you would normally never get the chance to hire someone with my background. I've founded half a dozen startups and hired hundreds of people over the years."

Yup, that sounds like one hell of an opportunity for startups to take advantage of and leverage Wiggins' unique knowledge and experience to their benefit.

During our phone conversation, he mentioned that he's not 100% sure exactly how long he'll be sticking around in Berlin, but it seems like it might be until the end of this year or even longer.

In his most recent blog post, he has some rather nice things to say about the city:

"The nervousness I felt at flying to a new country to connect with an unknown scene turned out to be unfounded. I was absolutely floored by how welcoming the startup scene is here in Berlin, and in Europe in general. Moreover, the vibrancy — the number of startups, the quantity of smart and ambitious people, and even the quality of investors — is astonishing.

I was looking for the frontier, the exciting edges where new growth is starting to blossom. I found it in Berlin.

The feeling here in Europe reminds me of San Francisco when I moved there in 2007."

Make of that what you will, but I for one think that's a very interesting statement.

Post-exit: What on earth is Heroku co-founder Adam Wiggins doing in Europe? (spoiler: not vacationing)
Comments 2
Follow the developments in the technology world. What would you like us to deliver to you?
All

NEXT
Rovio shoots for the 'triple E': Entertainment, Entrepeneurship and ... Education? (video interview)
Here's something you may not know about Rovio,…
Robin Wauters