After a long career at Nokia, Finnish entrepreneur Jonathan Massey started a company in Oulu. This week, the startup is announcing the launch of its messaging app alongside a seed financing round.
Robin Wauters 28 February 2014
Share
Facebook Twitter Linkedin

Jonathan Massey's first job at Nokia was as test operator in the early nineties, under contract. He ended up working for the Finnish phone maker for close to 20 years, most recently as Operational Development Manager.

In late 2011, Massey received a buy-out package from Nokia, which he used to fund his first venture, Melod.io, and went to work on a music messaging platform with some co-founders.

Out of Melod.io grew Minus Degree, which Massey heads as CEO, and the startup is unveiling a new messaging app for iOS this week alongside a $1 million seed funding round from 'public and private sources'.

Dubbed Melodigram, the company's first app lets users augment mobile photos with select music tracks and spoken word dialogue. Personalized messages can be shared across the usual suspects, including Facebook, Twitter, WhatsApp and Pinterest, or via SMS and email.

Minus Degree places the emphasis on expressing feelings and 'capturing' the moment to allow users to tell a story rather than simply snapping and sharing pictures. 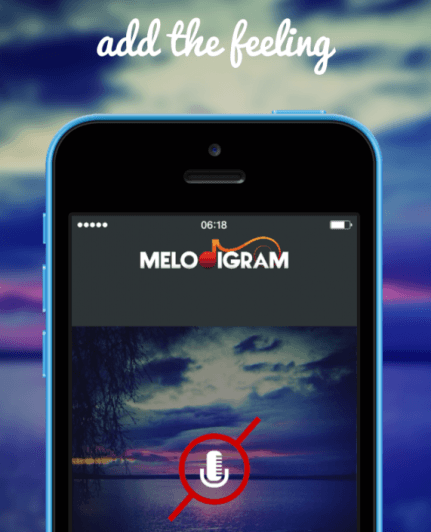 “The mobile moment is best framed as a shared experience, and Melodigram helps users capture the moment, add the feeling, and share it instantly.

We wanted to create an elegant app that would enable users to deliver the kind of produced mobile experience that says ‘wish you were here’ with a level of variety that curates an expressive mash-up for friends.”

It's far from the first or only social, audio-enhanced messaging product on the market, but it's a fun little application that you might wanna try out anyway.

Melodigram is free and only available for iOS for now - the target is young people (aged 16-25) across Europe, the United States, China and India. The company itself is based in Oulu, Finland.

After nearly 20 years at Nokia, a 'Finntrepreneur' raises $1m for fun, noisy messaging app Melodigram
Comments 1
Follow the developments in the technology world. What would you like us to deliver to you?
All