European app developers and publishers have a big mountain to climb: most of their mobile applications never make it to a smartphone owner's home screen, where - increasingly - the action is.
Robin Wauters 26 March 2014
Share
Facebook Twitter Linkedin

As much as we're determined to shine a light on the innovation and positive trends we see all around us in Europe, I've repeatedly said the goal of tech.eu's editorial team is to be critical champions of the region's technology industry, not cursory cheerleaders.

So, here's a theory. European startups are, by and large, unable to get the most valuable real estate where it's starting to matter most: the home screen of the millions of smartphones finding their way into consumers' hands across the globe on a monthly basis. And that's a problem.

European tech companies are generally very poor at - for a variety of reasons - becoming such a dominant force in a certain market that a vibrant developer ecosystem takes shape around the core product.

They're typically lousy platform producers, if you will.

Hence why European startups can create a TweetDeck, but seemingly not Twitter. Kings, Woogas and Supercells, but not the Facebook platform or massively popular mobile operating systems like iOS or Android. A Vente-Privée.com (and lot of local variants), but not Amazon. A GetJar, but not iTunes.

Norway's Opera Software makes decent browsers, but their market share remains minuscule compares to the Chromes and Firefoxes of this world. Software companies like Readmill and 24symbols make beautiful e-book readers, but they're no match for Kindle or iBooks.

I could go on, but you catch my drift: the major platforms tend to come from elsewhere (read: the US).

Of course, there are many notable exceptions, particularly in the sound space (Spotify, SoundCloud, Shazam, Deezer etc.), the online video market (Dailymotion is, for all intense and purposes, a leader in this space) and e-commerce (the likes of ASOS, Zalando and Ozon are carving a path of their own).

But, to my original point, European companies rarely succeed in building and maintaining globally used platforms where the end user experiences and distribution channels are controlled top-down. Then again, very few companies in the world succeed at that, and it's not like massive businesses can't be built on what is essentially someone else's turf (see Rovio and SwiftKey for examples).

The massiveness of the small screen

On mobile, it's a real issue though. As we're now living in a smartphone-flooded world, the real estate on what you use to be pejoratively referred to as the 'small screen' is now almost immeasurably valuable. My former TechCrunch colleague MG Siegler went a step further, positing that the first app you open when you grab your phone is the 'new browser homepage'. That may be somewhat true, but the reality is most people use 4-5 apps regularly rather than occasionally.

Of course, it's much easier to make it to the home screen if you're not only an app developer but also the company that, you know, actually manufactures the devices and makes and maintains the mobile operating systems they run on.

Yet it seems European app makers aren't riding that trend, or at least not well enough.

Take a look at my iPhone's home screen, for example: 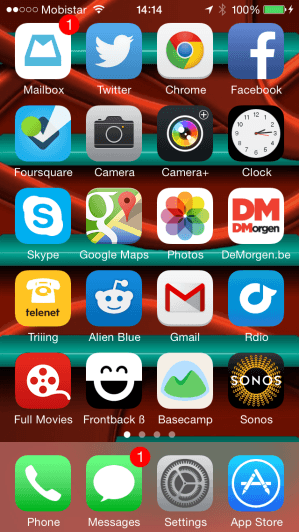 Now I'm aware that there are tens of thousands of decent mobile applications coming from European app developers and publishers, and that most can compete with similar software products made elsewhere in terms of functionality and design.

And yet, here we are: the only app on my home screen that you can legitimately call European anymore is Triiing, a VoIP app from my local ISP Telenet. Sure, there's a news app from newspaper De Morgen, Frontback (made by Belgians, but an American company) and Skype (which, in case you hadn't heard, is now owned by Microsoft) but that's pretty meagre right?

Anecdotal? Absolutely. I asked for my co-founders' smartphone home screens as well: 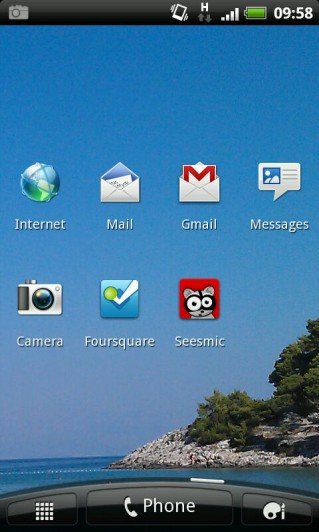 Worth noting that Ivo uses his tablet (Nexus 7) way more often, but the only third-party apps on his phone are Foursquare and Seesmic (founded by French-born Loïc Le Meur, but hardly a European app). 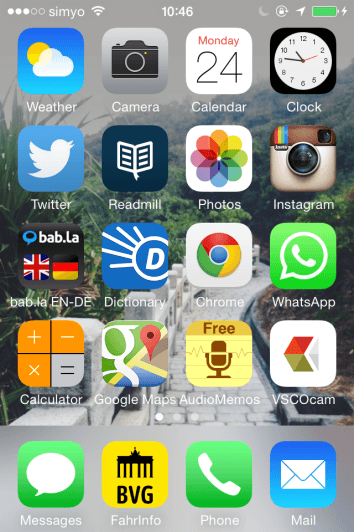 Not an impressive number here either. Readmill is an e-book reading app made by a Berlin-based startup, and the bab.la, BVG and Audio Memos apps were also actually made by companies in Europe, but they are rather utilities (for transportation, learning German etc.). 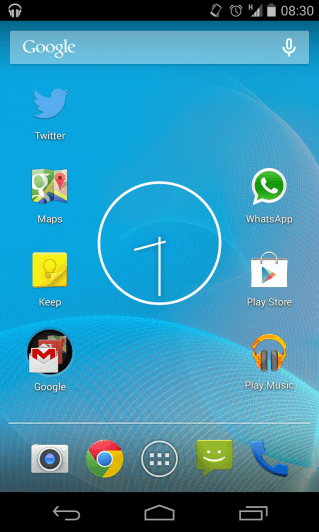 No EU-made applications in sight. 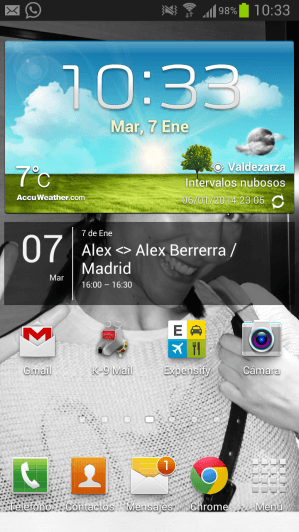 Alex says he swipes a lot, but a home screen is a home screen, so we can conclude none of the apps made by European app developers 'made it' as far as his phone is concerned. 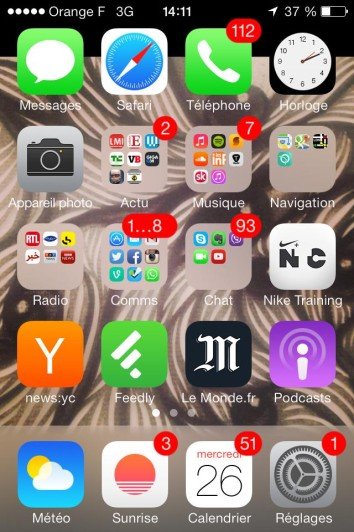 News app (Le Monde), check. Otherwise, no EU-made apps on the home screen, unless you count the ones in the folders (you can spot SoundCloud, Viber etc.). 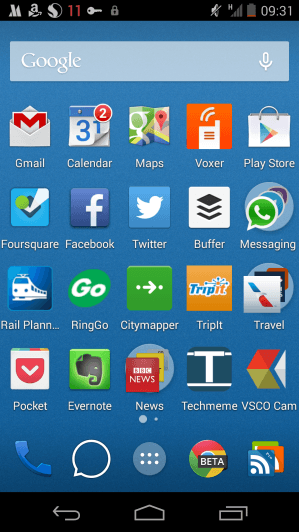 So many apps, so few that were made in Europe. Only Citymapper and RingGo count, really.

It's all still anecdotal, but these are seven different home screens of phones used by people from across the continent, all of which are knowledgeable about the European tech startup scene and the apps that get made in these parts. From the looks of it, EU app makers still have a long way to go.

Your turn: what's on your home screen, and how many of the apps on there are made by European companies? Share them with us on Facebook or Twitter if you're so inclined.

Analysis: an appraisal of the burgeoning European ‘app economy’, and its growing pains

European app makers are losing the fight for today's battleground: your smartphone's home screen
Comments 15
Follow the developments in the technology world. What would you like us to deliver to you?
All

NEXT
Let there be tweets: Turkish court orders the lift of nation-wide Twitter ban
Six days after Twitter was banned in Turkey, an administrative court in Ankara has granted a…
Charmaine Li