Who says there are no young entrepreneurs in Europe? A spotlight on a twenty-something German founder who sold a startup to Fab two years ago and is already working on his second venture.
Charmaine Li 16 May 2014
Share
Facebook Twitter Linkedin

Roman Kirsch is sitting in an empty foyer of an old, industrial building in Berlin, formerly a money factory, and can’t stop talking excitably about the intricacies of supply chain management.

The 25-year-old German entrepreneur discusses details of direct sourcing, merchandise selection and fulfillment with the type of high-energy you might hear from a football fan discussing top plays.

I guess it’s something you’d expect from someone who already has an exit under his belt, actively invests as a business angel and recently secured a seven-digit seed round for his second venture, online discount store Lesara.

Following the exit, he held an executive position and led Fab’s growth in Europe before leaving the company at the end of 2012.

Taking a break from the frenzied dinner and networking at the Heureka Conference, I caught up with Kirsch last week to talk about his early entrepreneurial days, his thoughts on Fab’s uncertain future and what we need to know about his latest startup.

“In university, we had a lot of guest speakers, including consultants and investment bankers,” he recalls. “Then there were the Internet entrepreneurs that came, and you could see that they had this spark in their eyes and were really passionate about what they were doing – and that’s what inspired me.”

Kirsch decided then that he wanted to get his foot in the door of the Internet industry.

In addition to the business degree, Kirsch graduated from the London School of Economics and held stints at Goldman Sachs, management consulting firm Booz & Company and the European Founders Fund (which was, coincidentally, founded by the Samwer brothers).

After finishing his master's, instead of accepting a full-time job at Goldman Sach’s like his parents expected him to, Kirsch – who is originally from Hamburg – decided to move to Berlin. 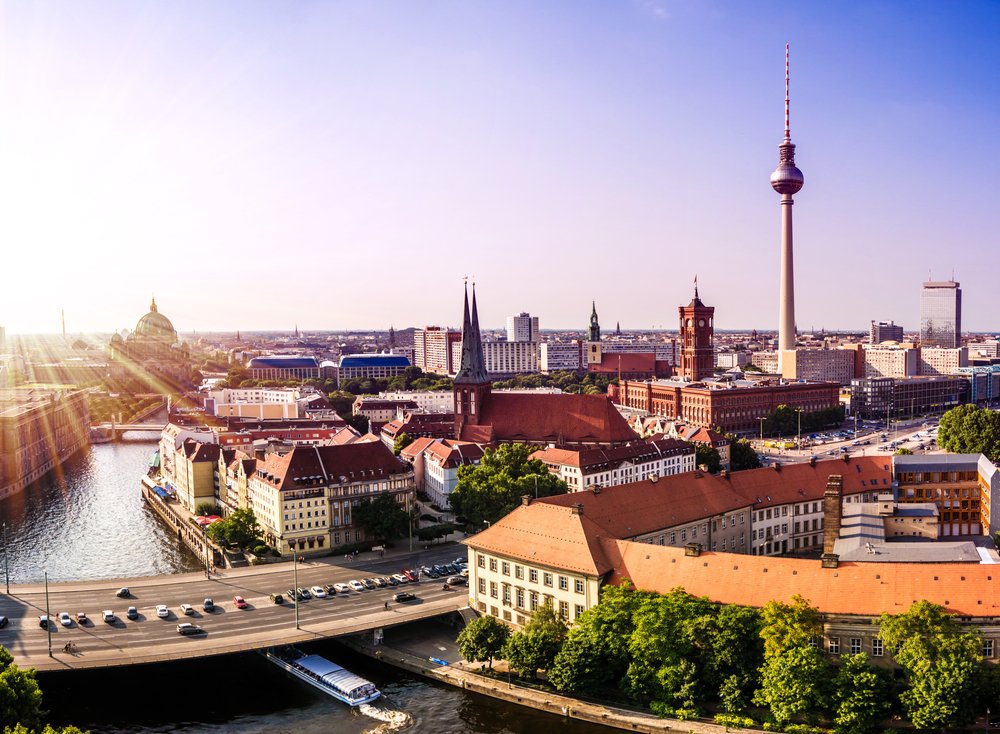 With “lots of student debt and no income”, he remembers having to crash at a different friend’s place each week.

Around that time, he founded Casacanda, a flash sales site focusing on design and home decor.

About five months after its launch in September 2011, Casacanda counted German VC Klaus Hommels as an investor and experienced swift growth in the form of 250,000 member sign-ups and revenue in the millions.

In February 2012 – three weeks after the launch of a Rocket Internet Fab clone – news broke that the New York-based design site snapped up Casacanda in its first overseas acquisition, which was reportedly an all-stock deal valuing the startup at around $10 million.

So how did it all go down?

“We had talks with investors and had almost everything settled for a big financing round – then Fab approached us out of nowhere and said: ‘Hey, don’t worry about those guys, we really believe in your vision. Let’s join forces and build a global brand’,” Kirsch tells tech.eu.

“We were also interested in building a global brand and I think with the ease of getting more funding in the US plus the growth that we could have in Europe – it made a lot of sense to join forces.”

In an interview with The Wall Street Journal at the time of the acquisition, Fab CEO Jason Goldberg said the company considered building its own team in Germany, but was impressed by Casacanda’s growth and its young co-founder and CEO Kirsch. 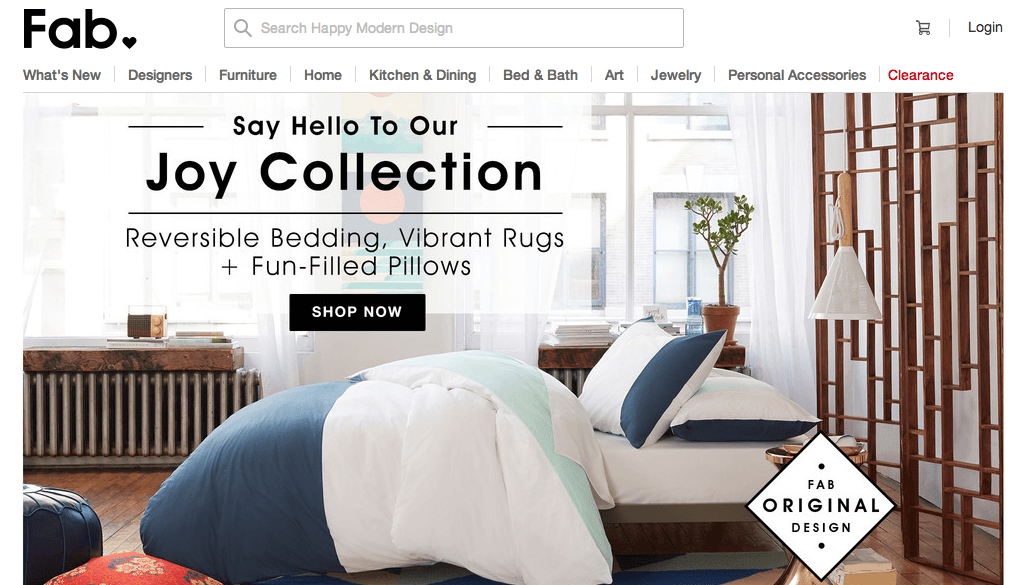 The acquisition opened Fab up to the European market and – with the help of Casacanda warehouses in Berlin and Kassel – allowed the e-commerce company to ship products across Germany, Austria and Switzerland.

After about a year leading Fab’s growth in Europe, Kirsch left the company before the mass layoffs “to start looking for new ideas”. Fab would later almost entirely pull out of Europe.

When asked about his time at Fab and thoughts on the company’s current situation, Kirsch responds, “It was really rewarding and lots of fun to build but I think at some point, the company became too big for itself.”

“Usually it takes a couple of years, or even a decade, to go from a zero to $600 million and then to a $1 billion valuation. I think it took the company by surprise, and the processes and structures weren’t right... Those were probably some of the mistakes they made, and that they’re trying to fix now,” he continues.

But Kirsch adds cautiously that he hasn’t been involved in the company for some time now and doesn’t have the latest updates.

These days, something else is occupying Kirsch’s mind: Lesara, an online-only discount store aiming to challenge the likes of Target, Tesco, Aldi, Lidl and Tchibo. 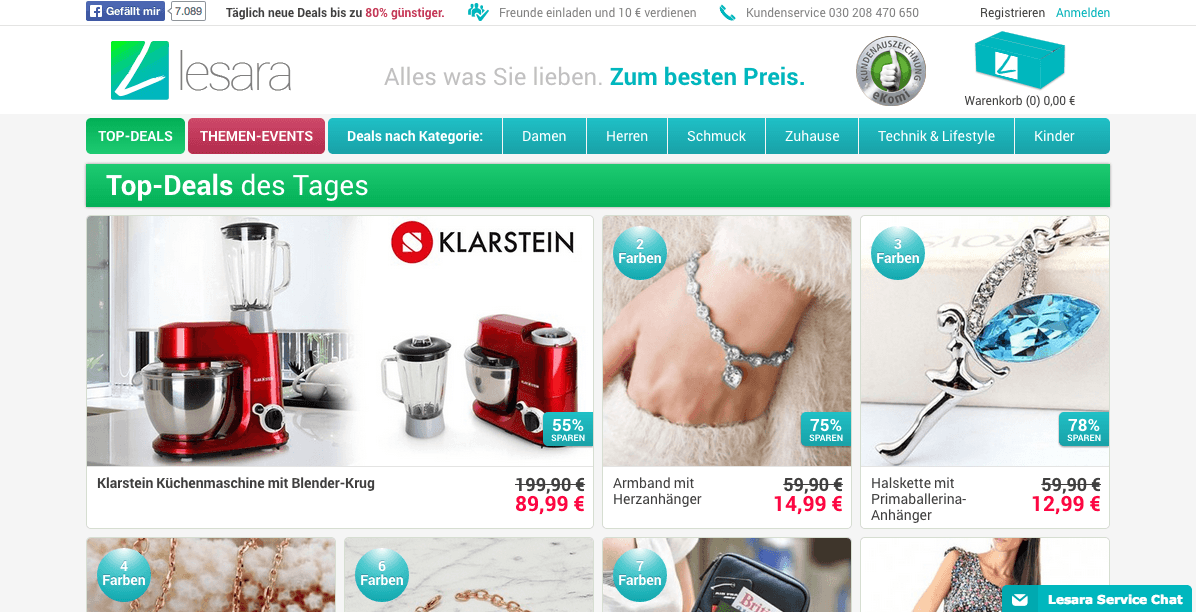 It seems like a strange transition – from selling design-centric items to selling discount products online with a target market of females between 35 and 40 year olds with families – but Kirsch says that after taking a look at all the offline discounters in Germany and Europe, he realized this space was ripe for disruption.

Unlike Amazon, an established player in this space, Lesara aims to stock between 200 and 300 items at a time in an attempt to simplify the online shopping experience. In an earlier interview, he says: "We want to be a pioneer when it comes to easy shopping online".

When discussing Lesara's strategy, Kirsch also talks about taking pages out of the Alibaba and Zara books. But it isn't just about creating a better digital experience in this realm, he explains, there are three areas – which may not be so obvious upon first glance – where he sees Lesara beating out the big discount stores.

In particular, Kirsch claims that the company relies on business intelligence to cut down the typical trend-to-mass market time by 12 months, minimizes the inventory risk by direct sourcing and employs a process that sees fulfillment happen directly from manufacturing countries, i.e. “so from China to end-consumers”.

As for expansion? China is probably where Lesara’s next office will be, reveals Kirsch.

Young European entrepreneurs are said to be be few and far between. Since Kirsch founded his first company at the young age of 15, we were curious, what was it that attracted him to entrepreneurship?

“I think it was more about creating something and having an impact. What motivates me the most now, is really working with a team that’s very inspiring. At the end of the day, it comes down to the people you work with,” answers Kirsch.

“I come to work and I learn every day. It’s tough, we always challenge ourselves, but it’s definitely very rewarding and we try to grow and get better.”

Though it sounds like standard startup talk, something tells us Kirsch is more than just talk.

An early start: Meet Roman Kirsch, a serial tech entrepreneur at age 25
Comments 1
Follow the developments in the technology world. What would you like us to deliver to you?
All

NEXT
A visit to Teenage Engineering, the lean music hardware startup run out of a garage in Stockholm (video)
The very first stop of my whirlwind startup…
Robin Wauters