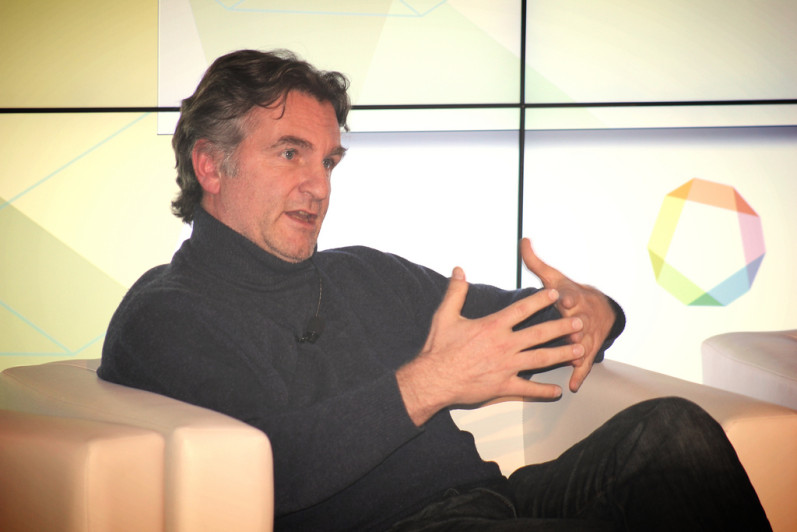 We knew Axel Dauchez, the CEO of French music streaming giant Deezer, was stepping down from the company soon (perhaps after being asked to leave?).

What we didn't know was what his next gig would be. Well, now we know: According to a tweet from Sandrine Bajos, a journalist working for Le Parisien who says she spotted the news in a press release but later deleted her tweet - perhaps after inadvertently breaking an embargo - Axel Dauchez will become the president of Publicis Worldwide in France, mere days after the proposed $35 billion merger of its holding company (Publicis Groupe) with Omnicom fell through.

We've been unable to confirm the news so far. **Update:** aaaand confirmed.

Deezer, a Spotify rival with more than 5 million paying subscribers, is set to launch in the United States later this year after massively expanding all over the globe in recent years.

It's still unclear whether the company intends to battle on with its current management team, or whether it will recruit a new CEO to lead the charge.

Either way, Axel Dauchez will leave the company next September, and it looks like his next role will be more in the advertising and public relations realm than digital music. (Photo of Axel Dauchez courtesy of Tobias Schwarz / Flickr)

Outgoing Deezer CEO Axel Dauchez' next gig: president of Publicis Worldwide in France?
Comments
Follow the developments in the technology world. What would you like us to deliver to you?
All

NEXT
A visit to Klarna, the Swedish company poised to disrupt the online payment industry (video)
One of the most interesting and potentially…
Robin Wauters