With more than 500 million euros in revenue in Q1 2014, online fashion giant Zalando is gearing up for an IPO. A presentation from its biggest backer, Kinnevik, tells us more about its current size and scale.
Robin Wauters 22 May 2014
Share
Facebook Twitter Linkedin

Now that Swedish investment group spilled the beans on the size and strategy of Rocket Internet, the "world's largest Internet incubator", let's see what they have to share about Zalando, the fashion e-commerce venture that's a major part of the Rocket family.

We've already published a pretty deep dive on Zalando after a visit to their headquarters in Berlin earlier this year, but it's still an interesting presentation to sift through (see doc below), particularly considering the fact that Zalando is widely expected to take its stock public this year.

Here are some of the highlights of the Zalando presentation at today's Kinnevik Rocket Capital Markets Day (emphasis ours):

- Zalando's annual revenue run-rate was 2 billion euros in Q1 2014 (revenue was 501 million euros for the quarter, but no sign of profits just yet)

- Zalando is strong in tech but also logistics, with more than 250,000 square metres combined capacity (in leased, Europe-centrally located facilities throughout Germany). 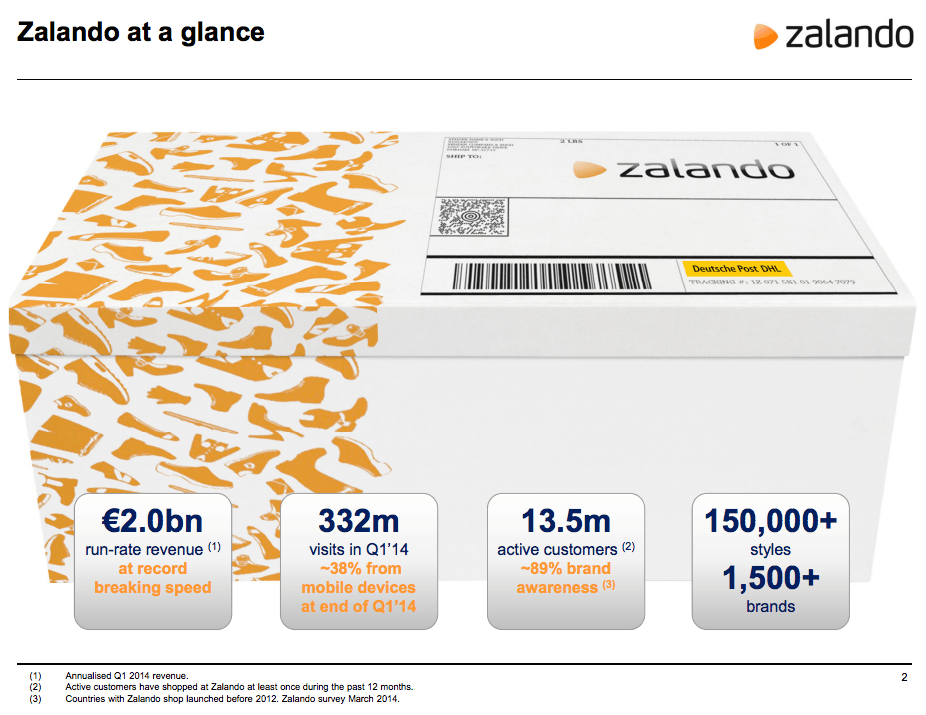 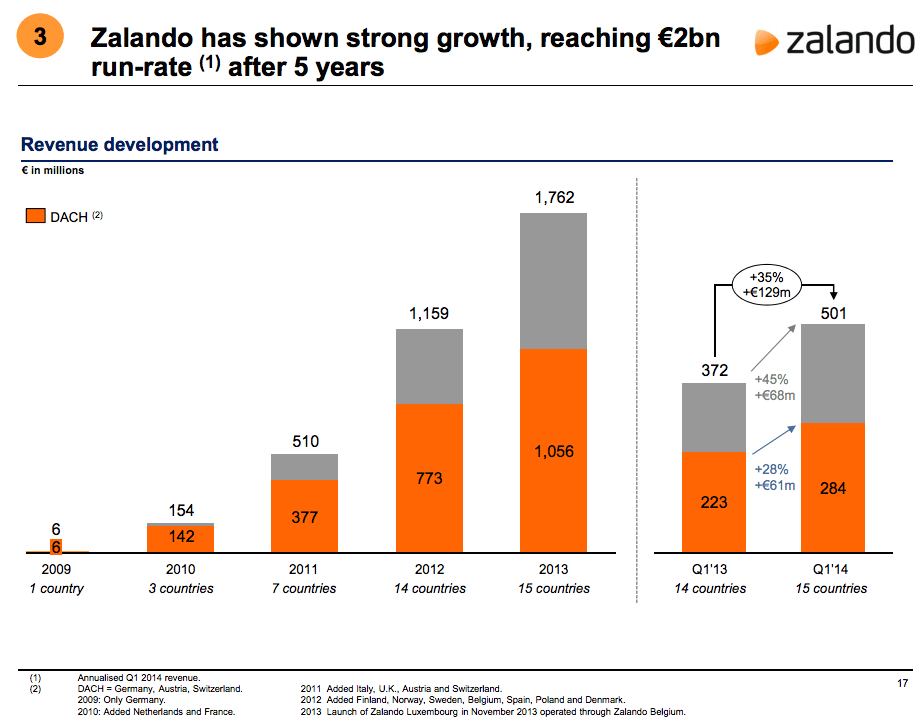 - The company boasts localised operations through 15 regional businesses with 12 languages, 7 currencies, over 20 different payment methods and more than 12 logistics partners. 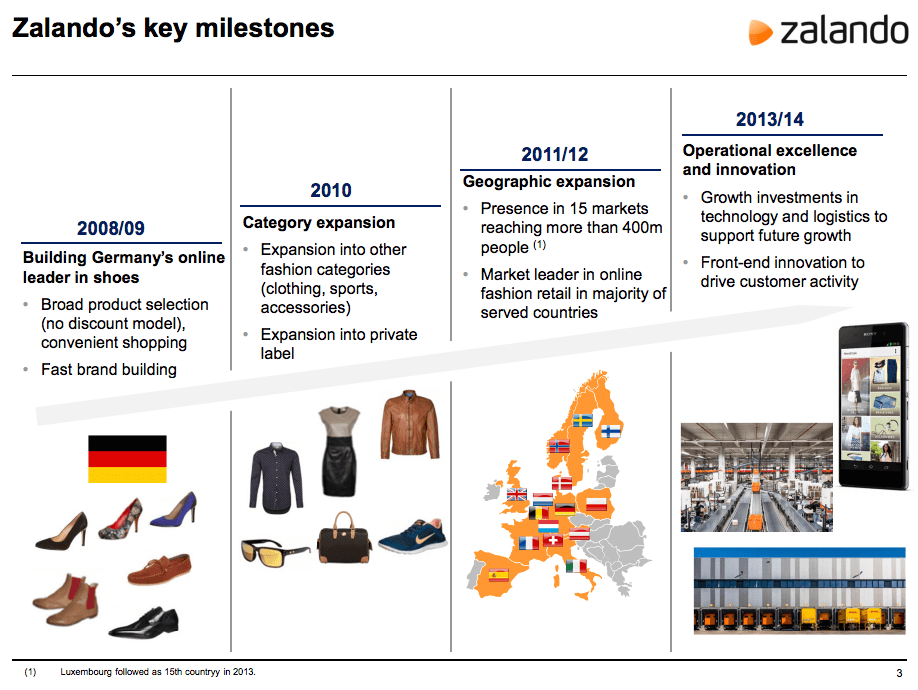 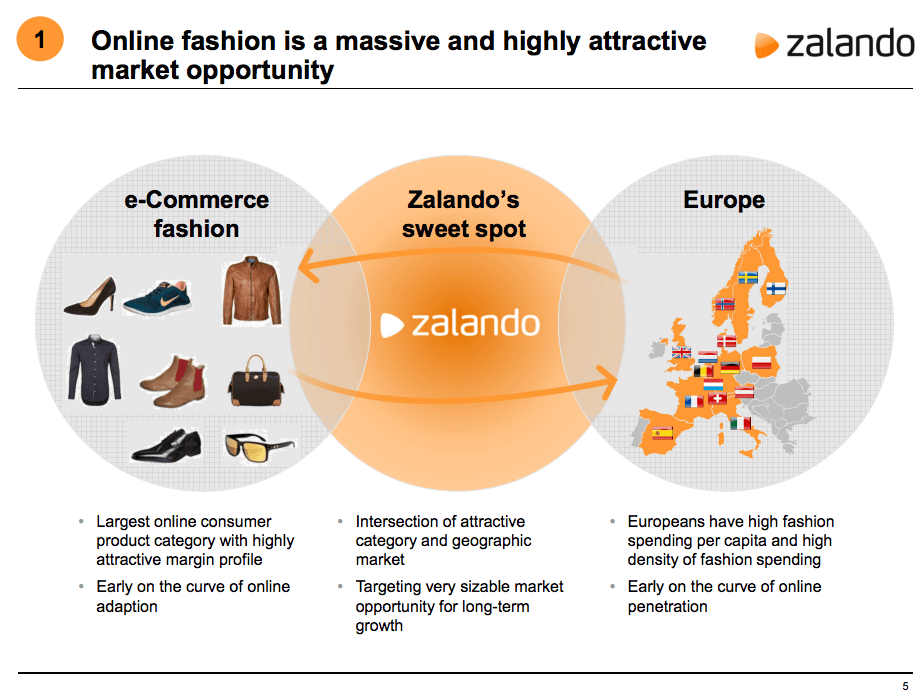 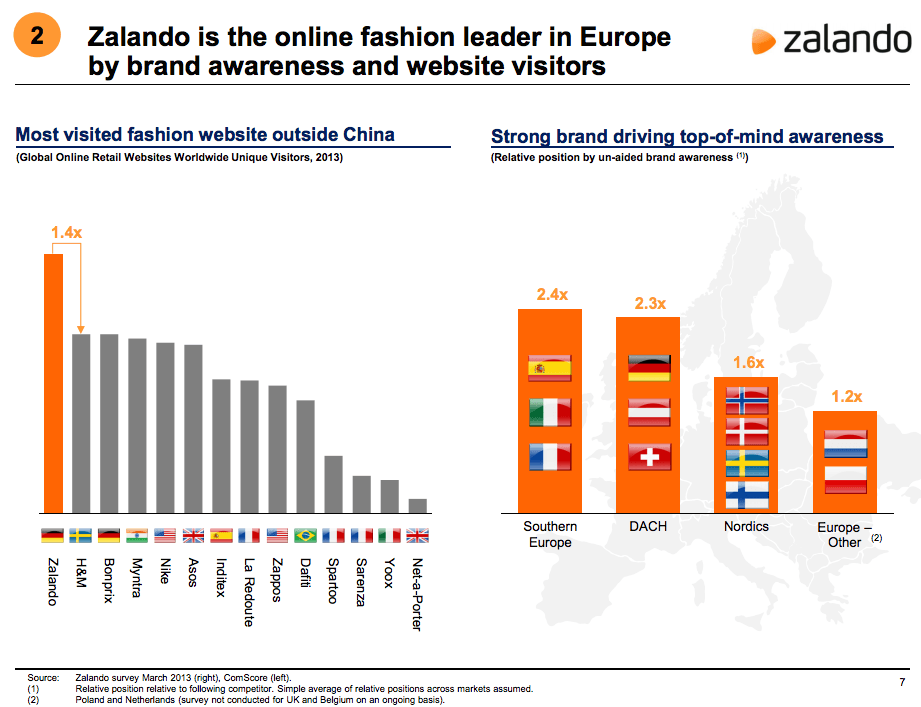 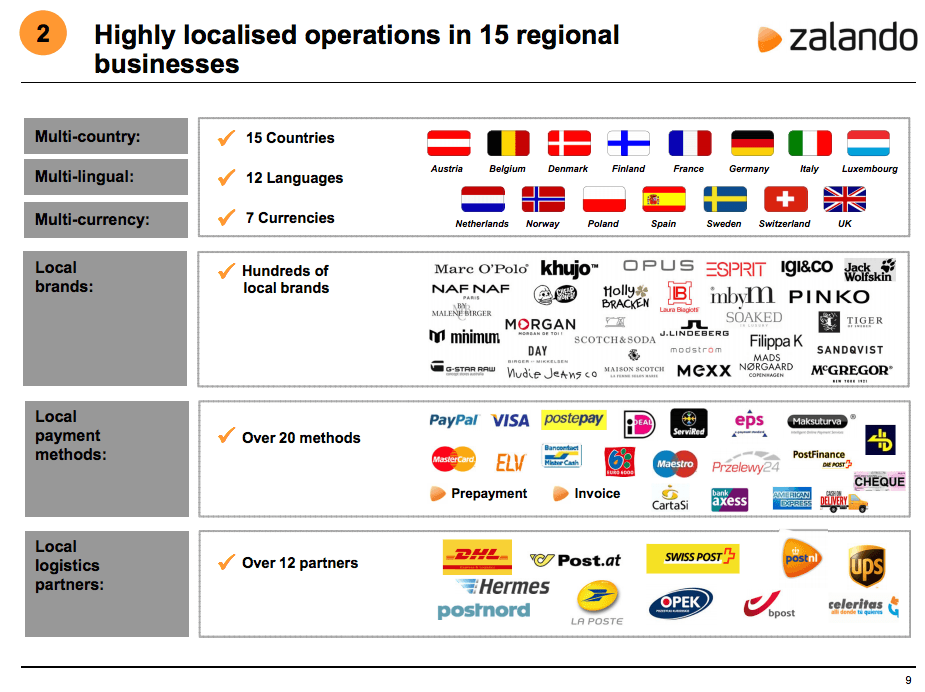 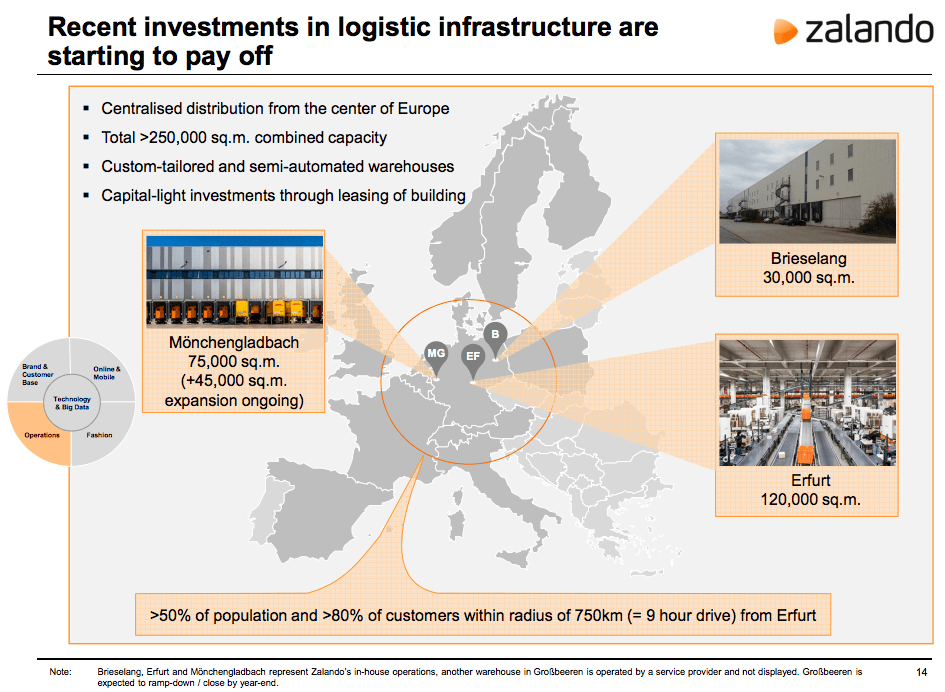 For more graphs and insights on how Zalando scales its operations, see the full presentation:

How big is Zalando?
Comments
Follow the developments in the technology world. What would you like us to deliver to you?
All

NEXT
Everything you always wanted to know about Rocket Internet, courtesy of its biggest investor
Founded by the infamous German Samwer brothers,…
Robin Wauters