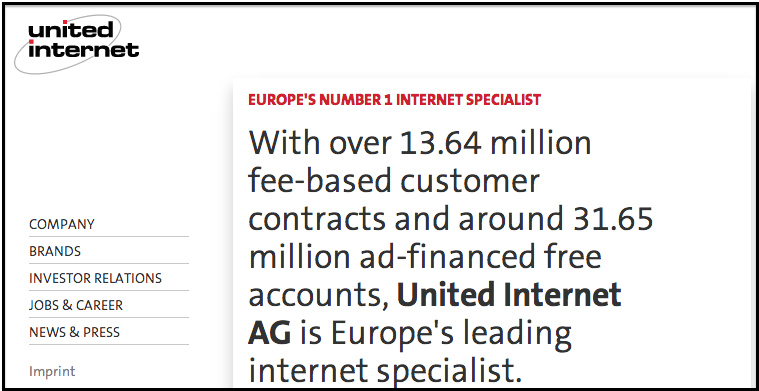 This just in: German Internet services juggernaut United Internet (owner of 1&1, Mail.com, Web.de, Sedo and many more) is to become startup incubator Rocket Internet's latest shareholder, as it has agreed to acquire a 10.7 percent stake for a total of 435 million euros.

The way that the investment deal was constructed will see United Internet coughing up 333 million euros in cash, but the company will also participate in the Samwer brothers' Global Founders Capital portfolio of venture capital investments valued at 102 million euros.

**ALSO READ:** Everything you always wanted to know about Rocket Internet (stats galore)

Note that the 333 million euros in cash is the exact same amount of money that Philippine Long Distance Telephone Company (PLDT), the largest telco company in the Philippines, just paid for a 10 percent stake in Rocket Internet.

Lorenzo Grabau, CEO of major Rocket Internet backer Kinnevik, which will retain an 18.5% interest in the incubator, says:

"Following the recent investment by PLDT, we are delighted to welcome United Internet, the leading European internet specialist, as a new strategic investor and shareholder in Rocket Internet.

The United Internet transaction not only brings to Rocket Internet additional capital to support its long term growth ambitions but also a portfolio of attractive investments in complementary online verticals and geographies."

Rocket Internet sells 10.7% stake to United Internet for 435 million euros, implying a 4.3 billion euro ($5.8b) post-money valuation
Comments
Follow the developments in the technology world. What would you like us to deliver to you?
All