Doing it the Rocket Internet way: an inside look at what it's like to build companies at lightning speed

Rocket Internet is known for launching and growing tech companies at an astonishing rate and speed, but you rarely hear inside accounts about how it's done. We talked to a number of founders to find out.
Charmaine Li 28 August 2014
Share
Facebook Twitter Linkedin

Upon entering the glassy reception area of Rocket Internet’s headquarters in Berlin, you’re met with a huge, insipid floor-standing sign filled with rows and rows of company names, most of which are either awkward to pronounce or feature nonsensical capitalization. Up top and center of the white sign is Rocket’s (in)famous red and black logo.

Founded in 2007, Rocket Internet has become somewhat of a fixation for the global tech scene. The VC firm and tech company incubator, which is estimated to be valued at 4.3 billion euros, operates in more than 100 countries and has over 20,000 employees.

From e-commerce to online marketplaces, Rocket is known for its notorious habit of looking to successful Internet businesses and replicating the approach for new markets, often emerging markets.

It’s notorious for employing an aggressive – some would say ruthless – strategy for growth. And it’s known for straying from the popular startup sentiment that values innovation and creativity.

When it comes to Oliver, Marc and Alexander Samwer – the German brothers behind the company incubator – people either love them, or love to hate them. Whatever it is, people certainly can’t seem to stop talking about them, especially since Rocket seems to be announcing a new investor every week (it certainly feels that way). The company plans to go public, too, so expect chatter to increase even more.

Recently, Rocket Internet unveiled SpaceWays, which it claims to be the “fastest venture” in the incubator’s history. The London-based service, which offers an on-demand service for physical storage, reportedly went from idea to launch in a mere eight weeks. That's right, eight weeks.

The need for speed

After a brief tour of Rocket’s headquarters, which houses a number of its companies and is mostly rows of flat-screen monitors and plain desks packed together, SpaceWays co-founder and managing director Rob Rebholz (on the right in the picture below) led me to the rooftop terrace, where we chatted about his latest venture and why he chose to startup the company with the incubator. 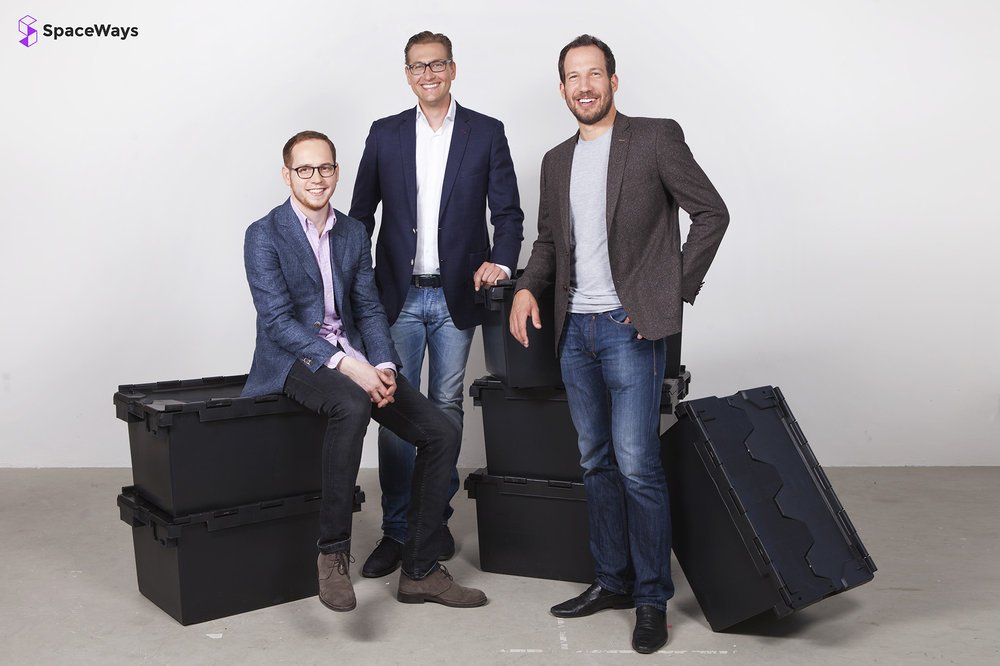 “We approached Rocket and a bunch of company incubators and business angels about ideas and ultimately decided to go with Rocket because we liked the speed and drive,” Rebholz said, when asked about how the startup got involved with Rocket Internet.

With Rocket’s established international network and access to resources, the potential to scale a company quickly is often a deciding factor for entrepreneurs.

In 2011, HelloFresh CEO and co-founder Dominik Richter (pictured below) set his eyes on the grocery space and was faced with two options – either build up the company in Germany for “three or four years” before expanding to the next market if the model proved successful – or partner up with Rocket Internet and leverage its global platform. 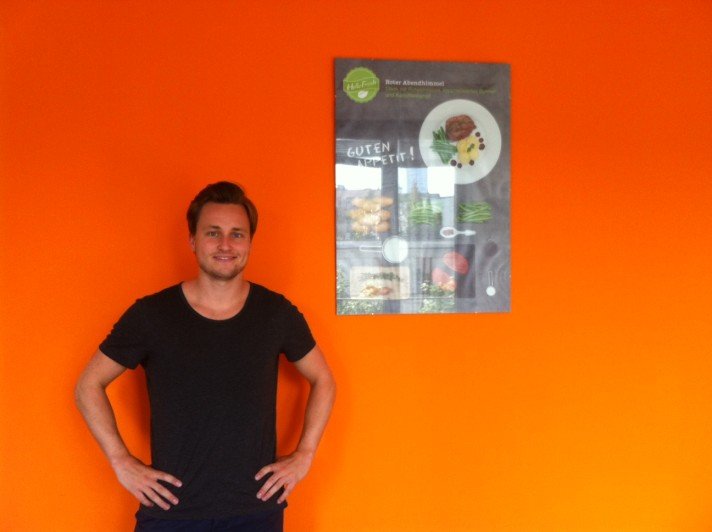 “For us, we were like, ‘This is a unique market opportunity – we can tap into all the e-commerce markets in the world,’” said Richter, who started two companies previously.

At the moment, HelloFresh is in six markets – Germany, the Netherlands, Austria, the UK, US and Australia – with a 120-person team spread across Berlin, New York, London, Amsterdam and Sydney.

Some of its biggest rivals, New York-based Blue Apron and UK-based Gousto in particular, are still only available in their home markets. 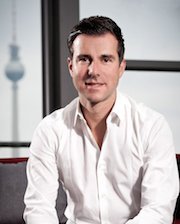 Following the latest announcement, I had a chat with foodpanda co-founder and global managing director Ralf Wenzel (pictured on the right) – formerly a COO at PayPal rival Skrill and someone who has worked closely with Oliver Samwer back in the Jamba/Jamster days.

Wenzel has been immersed in Internet businesses for 12 years now, so I was curious to hear about some important lessons he’s learned so far.

“One learning is to go global as fast as you can. The Internet, especially, gives you the fantastic opportunity to go global – there are no boundaries, you can build a product in one place but you can roll it out in another place and be in markets early, giving you a competitive advantage."

"If there is an Internet business model, which is proven in one place, then there is very, very little reason that it wouldn’t work in another country,” Wenzel added without hesitation.

The key word here is “proven”.

Rocket Internet is often perceived as a startup incubator, but if your definition of a ‘startup’ aligns with Silicon Valley serial entrepreneur Steve Blank’s definition – “an organization formed to search for a repeatable and scalable business model” – which Wikipedia also uses, then Rocket has really nothing to do with startups at all.

What Wenzel said about a proven Internet business model rings true with Rocket’s very DNA. They’re not interested in building startups, they’re mostly interested in “building proven, transaction-based business models in the online and mobile space”, as stated on the company incubator's About page.

Something tells me Rocket is quite aware of this, but enjoys basking in its prevailing startup (hipster) association.

Oh, and that "something" comes from not being able to find the word ‘startup’ once on its website or press materials (the ones they've sent to me, at least).

A big part of Rocket’s appeal to ambitious entrepreneurs is access to its legion of talent, which spans all aspects of building an Internet company, including engineering, marketing, HR, finance, business intelligence and legal.

“The great thing about Rocket is that from day one you have access to incredibly smart and driven people, which is tricky if you’re a startup,” gushed Rebholz.

“With Rocket you really have good people, access to insights, experience in building a company. It was great for us, since we had great people working with us from the beginning, we could start building our own team and really drive the process,” he added.

Rebholz is the archetypical top-level executive at a Rocket 'startup' – he has an MBA from the University of California, a diploma from the German business school (WHU – Otto Beisheim School of Management, where Oliver Samwer studied) and started a company before joining the incubator.

Similarly, HelloFresh’s CEO, Richter, completed his bachelors at WHU, did a masters in the realm of finance/economics in London and had a stint at Goldman Sachs before starting the meal delivery company with Rocket.

For some startups, honing in on the founding story is an important aspect of connecting with the users, investors, employees and media.

Not for Rocket companies, though, instead of attempting a visionary or affecting ‘About Us’ statement that typically ends a startup press release, you’ll get a cut-and-dry blurb, which consists of a cookie cutter combination of numbers, countries the startup is operating in and a name-drop of the incubator.

But it works – because it’s Rocket

During my separate chats with Rebholz, Richter and Wenzel, I asked them about how their respective companies – SpaceWays, HelloFresh and foodpanda – started as well as how they met their co-founders.

“We’d all live in London and had to deal with the issues of storage and the inconvenience of that industry, it got us really excited and I would say that’s what drives us everyday,” said Rebholz on the decision to pursue the on-demand physical storage space with SpaceWays.

Even in person, the stories of how these Rocket companies came into being failed to evoke any flicker of intrigue or emotion. Their answers were eerily similar and when they talked about being “passionate” about the business, it sounded slightly pre-calculated and forced.

Even if Rocket Internet may seem bland and boring on the surface (related side note: rarely do I come across a Rocket Internet website that doesn't make me cringe), underneath it's still fast and furious.

"We are builders of companies, we are not innovators. Someone else is the architect and we are the builders," said Oliver Samwer in an interview with Wired in 2012.

In terms of bringing Rocket Internet down to its essence, we couldn't have put it any better.

Doing it the Rocket Internet way: an inside look at what it's like to build companies at lightning speed
Comments 6
Follow the developments in the technology world. What would you like us to deliver to you?
All

NEXT
As it gears up for an IPO, online retail giant Zalando confirms: more than 1 billion euros in revenue for first half of 2014
Online fashion retail powerhouse Zalando this…
Robin Wauters