A mere five months after its IPO, Spanish online travel giant eDreams Odigeo has seen its share price free-falling, to a point where 75% of its market value was sent on vacation - perhaps permanently.
Alex Barrera 11 September 2014
Share
Facebook Twitter Linkedin

A few months ago, we reported on the then-imminent IPO of eDreams Odigeo, a major Spain-based online travel agency.

It marked one of the first technology initial public offerings in Europe of the year and the first IPO in Spain since Bankia went public in 2011.

The flotation happened on April 4th at 10.25 euros a share, giving eDreams Odigeo an IPO valuation of $1.5 billion.

After several months of oscillation, shares started to plummet in June and have been in free fall mode ever since. The shares are currently trading at 2.56 euros, falling about 74% since the IPO, wiping out around 730 million euros of market cap in the process. 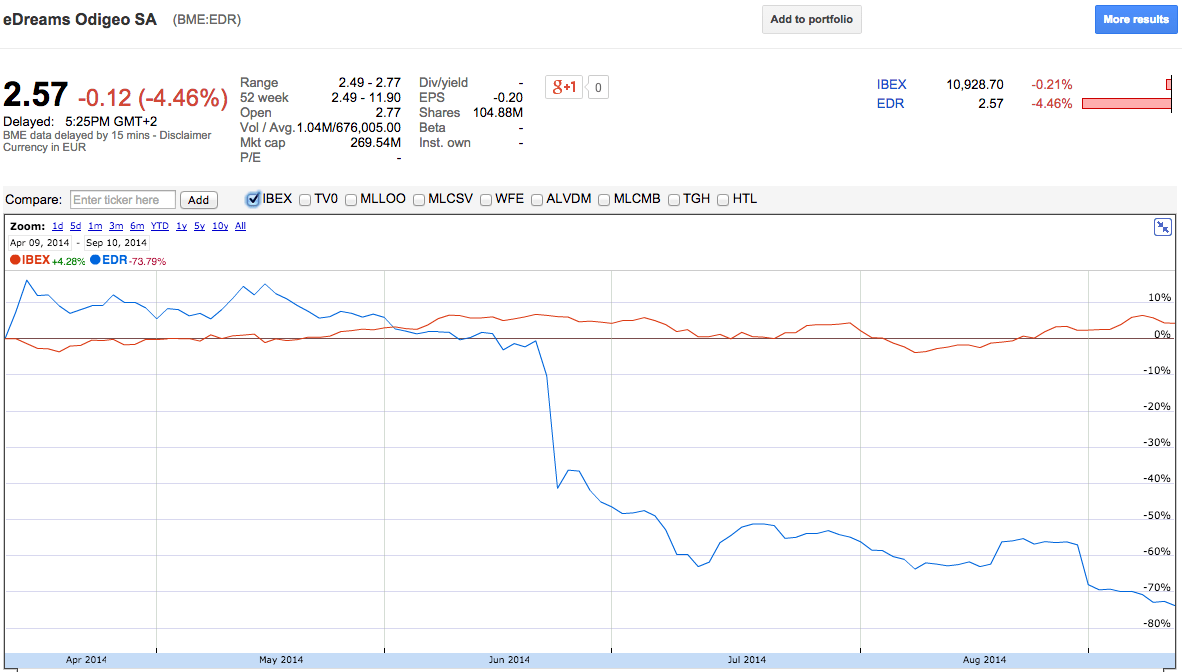 In June, the company released a statement warning that stiff competition was hurting its business.

Immediately after, analysts cut their profit forecasts and shares dropped. Two weeks ago, the company released their income statement which confirmed that the company was taking heavy losses, and the market punished the travel tech firm by slashing 25% of its market value. 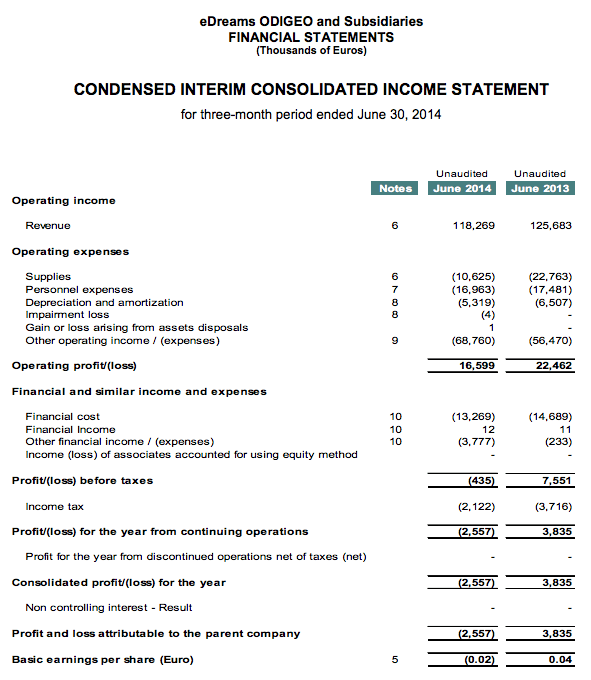 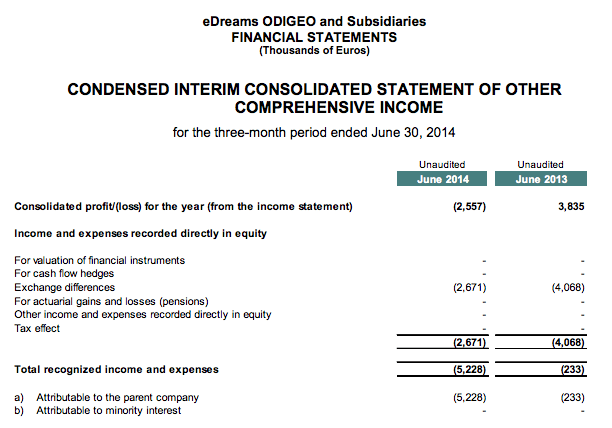 The investor presentation highlights some interesting facts. One of the first things that stands out is that, despite minor growth in revenues (5%), EBITDA is down considerably due to "a number of sudden industry developments". One of them was Google's search algorithm change and competitive pressure which made eDreams Odigeo's user acquisition cost rise 10% from last year. 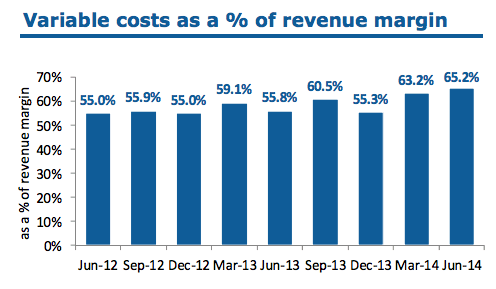 While other brick-and-mortar companies like Grupo Barceló or Viajes El Corte Inglés have increased their revenue last year, it seems eDreams Odigeo is struggling to keep up with the rest.

Increased expenses seems to indicate that they're trying to push a big innovation change but one has to wonder if it isn't too late. New incumbents are popping every day, specially targeting mobile, a channel that has eluded the company for a while now.

This isn't good news for the technology industry in Europe, and it's bad tidings for Spain in particular. The recent Gowex fraud scandal and the questioning of alternative markets like MAB are quickly killing any hope of Spanish tech IPOs in the near future.

Spanish online travel agency eDreams Odigeo gets a rude awakening from its IPO dream as shares plummet 75% in 5 months
Comments 2
Follow the developments in the technology world. What would you like us to deliver to you?
All

NEXT
Getting in tune: 15 European startups making (sound) waves in the music industry
With Spotify bringing video ads to its…
Charmaine Li