Israeli nanotech startup StoreDot claims it can develop batteries that will enable people to charge their smartphones in under a minute. Investors just bet $42m on that claim, so we went and checked it out.
Robin Wauters 02 October 2014
Share
Facebook Twitter Linkedin

Can you even imagine being able to charge the battery of your smartphone or tablet from flat to full in under a minute?

That's the promise of StoreDot, an Israeli high-tech company that is developing new materials based on what it calls 'nanodots' (bio-organic nano crystals) that can be put to various uses.

One of them is the manufacturing of batteries for smartphones - and perhaps one day tablets, laptops and even electrical cars – and 'smart chargers' that will allow people to charge their connected devices in just a fraction of the time required today. Again, just imagine fully charging your iPhone in less time it takes you to brush your teeth in the morning. 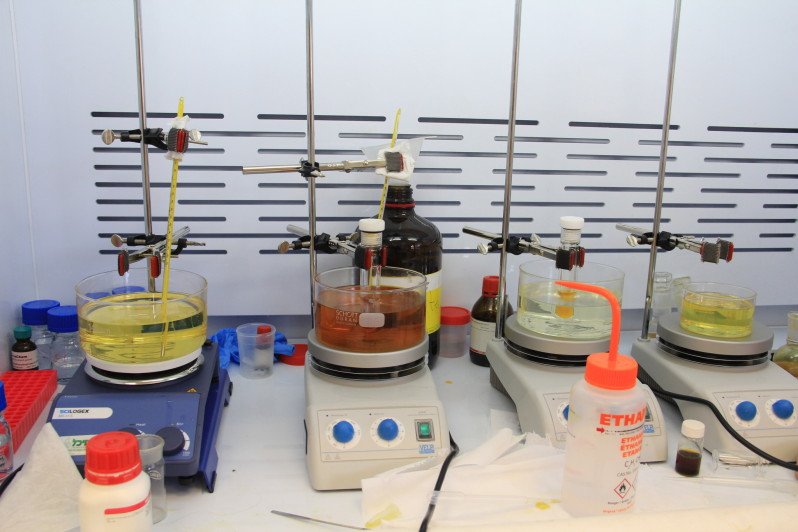 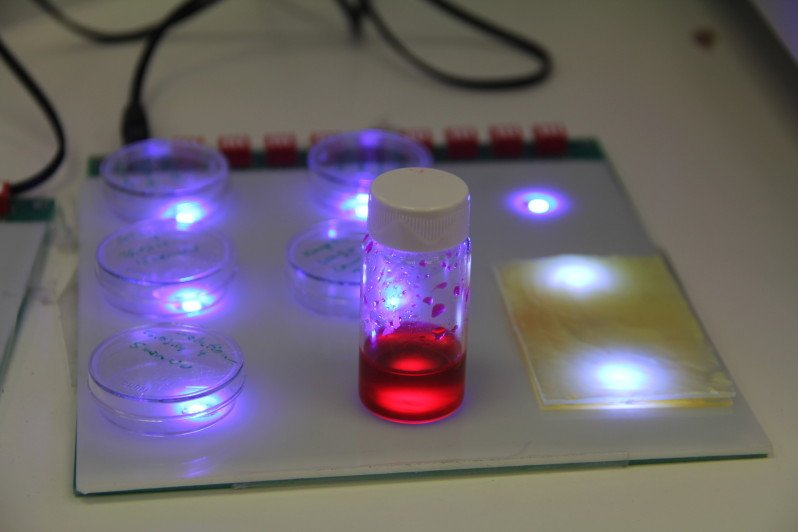 Does that sound like dark magic or futuristic sci-fi mumbo jumbo to you? It's not just you.

In fact, I was always a tad skeptical whether StoreDot would be able to make good on its claims, ever since the company first demoed its technology back in April (also see the video below).

Two weeks ago, however, I was given a tour of the company's offices in Tel Aviv where I got to see up close the chemical lab where the materials are made, and battery/charger prototypes that indeed charged the smartphones in less than a minute.

Hard to be cynical if you see batteries get fully charged in about 40 seconds with your own two eyes. 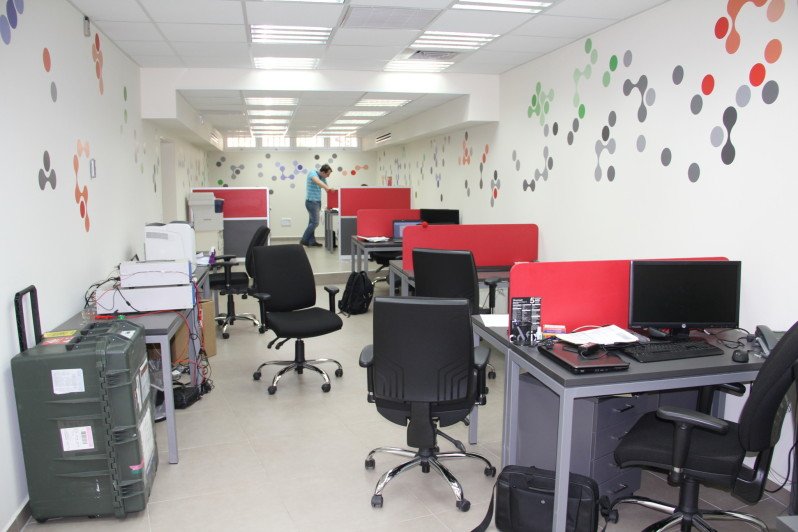 Of course, there are trade-offs to be made here, particularly in terms of battery size and weight, capacity and whatnot, and it's also important to note that StoreDot is still in the very early stages of development. 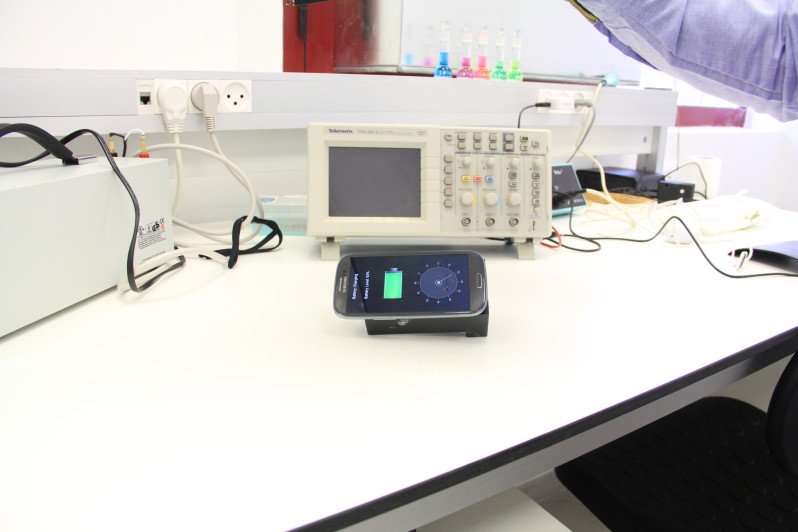 The company is hard at work at turning its prototypes into products that can be used by its manufacturing partners, the names of which it chooses not to disclose yet. StoreDot's grand unveiling will be the CES show in Las Vegas, set for January 2015, where the company will show off its technology and the partners it has lined up. So far, the company says it's talking to 15 manufacturers who have expressed an interest in working with them.

One potential smartphone maker in that partner line-up will likely be Samsung, which has financially backed StoreDot in a $6.25 million round last year through its venture capital arm. 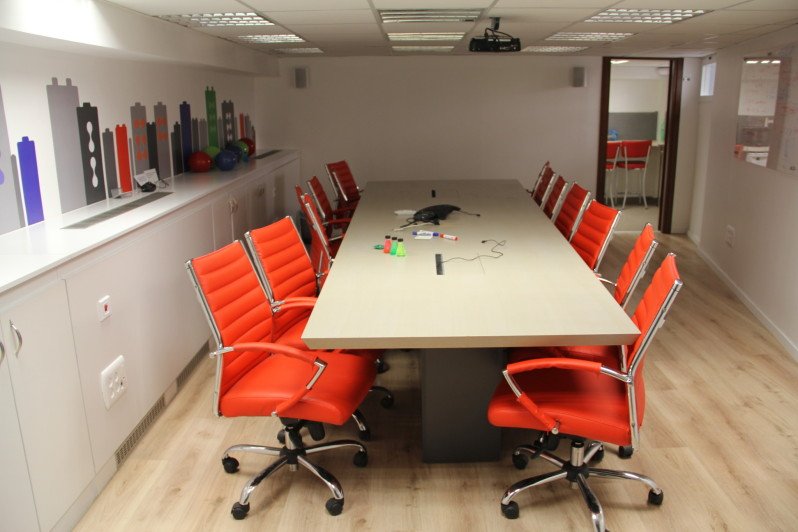 Whether it was intentional or not, when StoreDot's SVP of Business Development Alan Weisleder and I sat down for a chat at his desk, I could clearly spot a number of business cards of executives from both Apple and Lenovo. In fact, in the latter company's case, it concerned the massive electronics company's group CTO, which Weisleder confirmed recently visited StoreDot's offices.

It's not difficult to imagine that every consumer electronics device maker has an interest in learning more about the nanotech company's achievements and future roadmap indeed, but that was all the confirmation we needed that the big boys are also standing in line to gain more knowledge.

(I did a brief video interview with Weisleder, which you can watch at the top of this post. )

The interview was good timing, too, as StoreDot is this week announcing that it has raised $42 million in funding from a group of investors that includes well-known Russian businessman Roman Abramovich, Singulariteam and 'strategic partners'.

Note that Weisleder said the financing round was $41 million just two weeks ago, which means its size increased by $1 million by the time it took StoreDot to announce the funding.

It remains to be seen whether these investors are pumping cash straight into a pipe dream or whether the investment will be used to perfect proven technology that also works as advertised outside of StoreDot's labs. 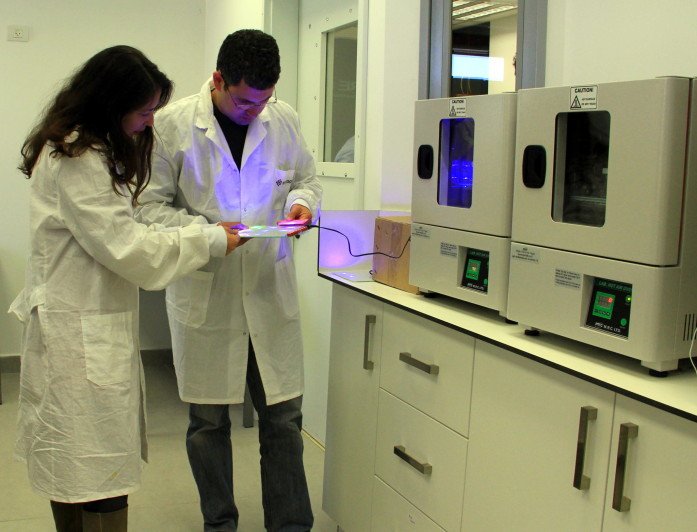 If they can pull it off, though, StoreDot's innovation could, in my opinion, be a veritable game changer in the wonderful world of smart devices and electric vehicles where relatively short battery life and long charging cycles are an inherent - and annoying - part of at present.

It will take a few years before we can really judge StoreDot and its new technology on the impact it has had on the industry, but the financing round is meant to accelerate that process.

To wit, the fresh cash will be used to enable refinement and commercialisation of StoreDot's battery technology, hiring, and the development of other products in a new research facility in Herzeliya, Israel.

It's unclear what those 'other products' will be, but the company says its Nanodots could have the potential to enhance current technologies of smartphones and TV displays, super-fast Flash memory, bio-LEDs, bio-lasers, and could also be applied to nano-medicine technology including drug delivery, food security, bio labeling and more. That may be too much ground to cover, however. 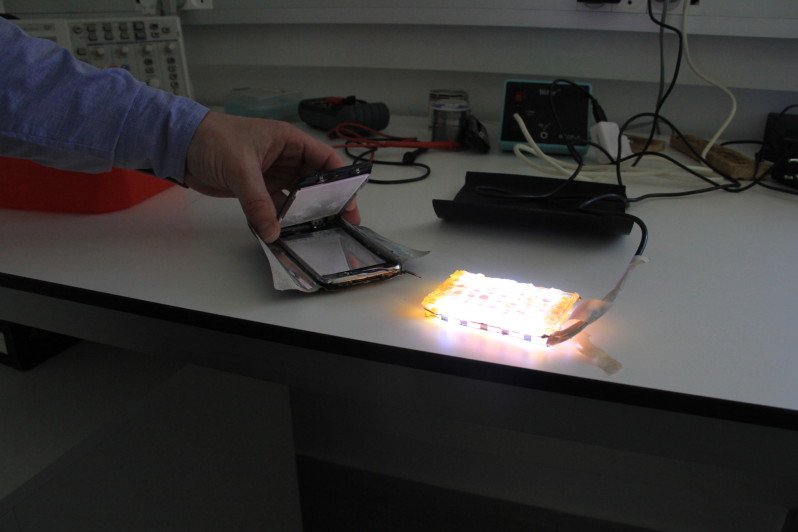 Yet Dr. Doron Myersdorf, StoreDot’s founder and CEO and previously an executive at SanDisk, insist that his company's "novel technology" has "the potential to disrupt a number of industries" and notes that the financing round will support the commercialisation not only of the fast-charging batteries it's producing, but also the BioLED display they're working on.

We can't wait for CES in January to see how far StoreDot will have come by then.

StoreDot lands $42m for novel battery technology that enables 30-second smartphone charges (video interview)
Comments 1
Follow the developments in the technology world. What would you like us to deliver to you?
All