There's always a bigger FishBrain: With $2.6 million in funding, this Swedish startup angles for anglers

Did you know fishing is one of the most popular hobbies in the world? Well, the people behind Swedish startup FishBrain certainly know, and they're building a social network to reel in all anglers.
Charmaine Li 09 January 2015
Share
Facebook Twitter Linkedin

In case you’re wondering, there’s a fish out there that matches your personality.

According to a quiz developed by Stockholm-based startup FishBrain, alongside “fish personality researchers” from the University of Bergen and Leibniz-Institute of Freswater Ecology and Inland Fishers, I’m a trout.

Despite a name that may evoke negative associations of intelligence and memory, FishBrain is a social network and mobile app for anglers that’s anything but dumb. In fact, the Swedish tech startup gathers crowdsourced data from its community and correlates it with various weather parameters – such as air pressure, water temperature, and humidity – to generate forecasts that help anglers figure out when, where and which bait to use best to catch a particular fish species.

Founded in Sweden in 2010, FishBrain announced a $2.4 million funding round in July 2014 led by Northzone and Active Venture Partners.

We caught up with the company’s CEO Johan Attby (pictured below) to delve into how the app works, why user bragging drives the social network and what’s coming up next.

After Attby’s first software company, Tific, was acquired by US technical services provider PlumChoice, he was ready for the next entrepreneurial challenge.

An interest in niche social networks combined with stumbling across an article about the world’s 10 biggest hobbies – which included sport fishing – led to further research and exploration of this market. 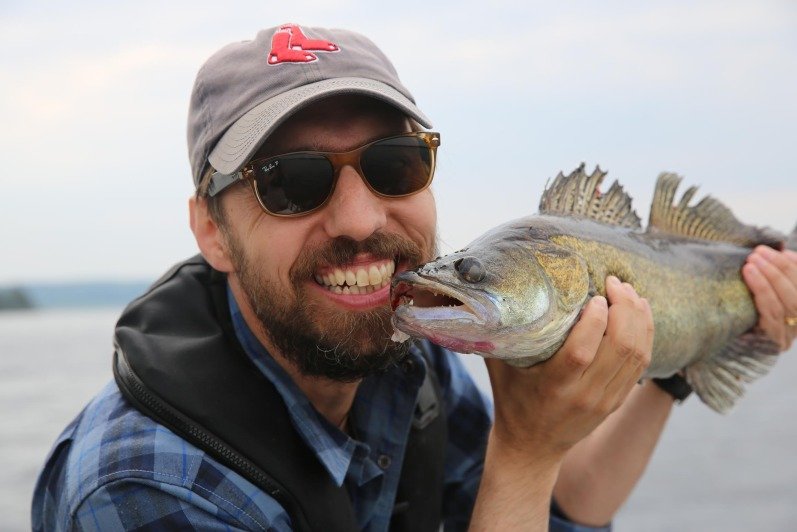 “There were some big American companies, but I wasn’t impressed by any of them – so that was basically the get-go for FishBrain,” Attby told me.

In 2013, fishing was one of the most popular hobbies in Sweden, according to numbers released by Statistics Sweden. The study estimated that about 1.6 million Swedes (out of the country’s population of 9.6 million) enjoy the recreational activity.

Furthermore, a report on sea angling in England published in 2013 estimated that there were 884,000 fishers in the country, who spent £1.23 billion on the sport.

In the US, fishing is considered to be one of the top outdoor hobbies with over 55 million Americans reportedly taking at least one fishing trip in 2013. Additionally, recreational fishing-related expenditures in 2011 were about $41.77 billion (yes, with a 'b').

“The way we do that is we look at the five-day future weather forecast and then correlate it between similar situations and similar locations for a particular species. Of course, we can’t give you any guarantees, but we can definitely increase the probability for you to catch a big fish of a particular species,” Attby elaborated further. 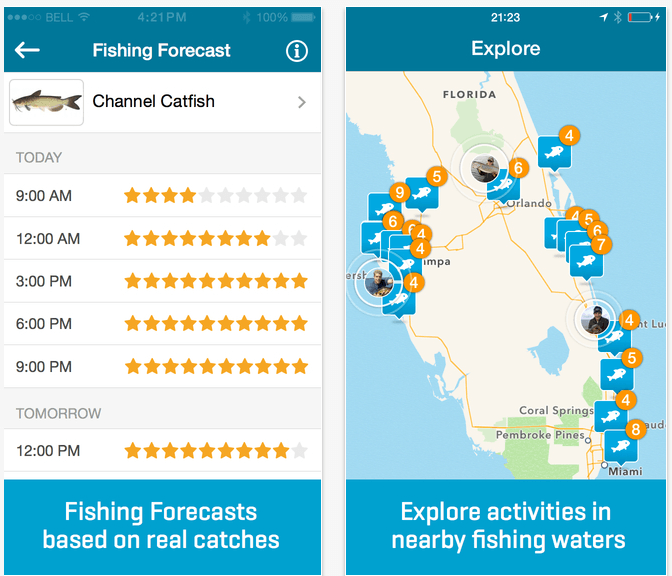 As a social platform, FishBrain is equipped with typical social interaction capabilities and employs a Twitter-like model. Interestingly, users can even follow rivers or lakes to receive notifications on fishing activity taking place in a particular body of water.

But why would someone choose to use FishBrain, rather than already established and widely-used social networks, such as Facebook or Instagram?

Attby posited that enthusiasts of any kind – whether it be gardening or cooking or cars – who post pictures of award-winning roses, fancy food dishes or souped-up cars on generic social networks don’t usually receive the response or feedback they want from friends, who might not share the same excitement for the particular interest. However, sharing this kind of self-promotion post with a peer group would likely give rise to more credit and enthusiasm, he added.

“Our app has been out for a little bit over a year now and we already have a quarter of a million catches and 650,000 registered users,” he said, “Because we have this enormous amount of catches, it’s probably already the biggest database already in the world of catches with detailed information.”

Other players in this space include Canada’s Fish Hunter, which offers a hardware and software duo to hunt for fish at a hefty cost, US-based Fishidy and My Fishing Forecast.

When asked about FishBrain’s business model, Attby responded saying the current focus for the company is to further develop the platform and garner a larger audience. However, he added, that moving forward FishBrain would like to offer paid extra features and try out e-commerce affiliate marketing as ways to monetize. At the moment, a paid premium version is also available.

As for the coming year, FishBrain’s 12-person team will be focusing on marketing, development and expansion with particular emphasis on the US market. Why? Because out of FishBrain’s 650,000 users, Attby claimed that 450,000 of them come from the United States. China is also another interesting market for the Swedish startup, apparently.

Any plans for Europe? Attby hesitated and then said:

“Not any direct initiatives. The brutal fact is that if you do something well in the States that very often translates into success in Europe. The reverse unfortunately rarely happens."

Updated 14 January 2015 to include Fishidy as a competitor of FishBrain.

There's always a bigger FishBrain: With $2.6 million in funding, this Swedish startup angles for anglers
Comments 1
Follow the developments in the technology world. What would you like us to deliver to you?
All

NEXT
"Europe is the fastest-growing market for merchants accepting Bitcoin": A chat with BitPay's Moe Levin (video interview)
At the recent Web Summit in Dublin, I caught up…
Robin Wauters