Cooking up a storm: 10 EU-made tools to help you prepare a delicious meal

For those who derive joy from cooking we have good news for you: Technology can spice up your cooking life. Here's 10 Europe-born tools to help you prepare a delicious and nourishing meal.
Charmaine Li 21 January 2015
Share
Facebook Twitter Linkedin

Eating is essential for humans. Yet, our relationship with it is not so linear. Many people think of food as fuel for living. Others see it as a pleasure, a way to socialize. Some turn to food for comfort, while others deem it a burden.

For those who derive joy from cooking and are not quite ready to replace food with a bleak-looking nutrient powder drink in the name of "efficiency", we have good news for you: Technology can spice up your cooking life.

Regardless of culinary abilities, cooking a meal for yourself, and others, can be a very satisfying and rewarding experience – even if you're following a recipe. Using your own hands to create something that's tasty, nourishing and, hopefully, brings a smile to the people around you is incredibly delightful.

Without further ado, here's our picks of top European-made tools who want to lend a hand in the kitchen:

1) Kitchen Stories – "Bringing unique cooking experiences back to your kitchen" 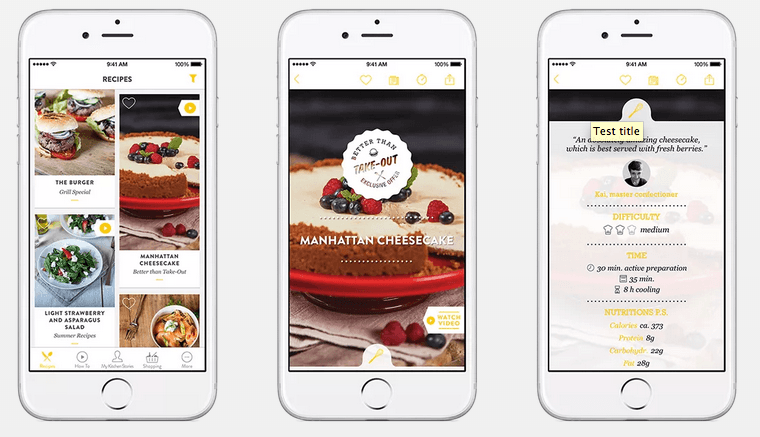 It's easy to get lost among the many recipe apps out there. However, you'll want to take note of Kitchen Stories, which has been downloaded over three million times.

Founded by Mengting Gao and Verena Hubertz in Berlin, Kitchen Stories is a sleekly designed (and free) iOS cookbook app that has been gaining popularity among users since its launched eleven months ago. The mobile app has reached the number one spot in the Apple Store's 'Food & Drink' category in over 100 countries and was also named one of the Best iPad Apps of 2014 by Apple.

Founded in 2012 in Dublin, Drop is a startup offering a bluetooth kitchen scale and iPad recipe app aimed at simplifying your cooking experience, regardless of your culinary skills. The kitchen scale – which goes for €99.95 a pop in Europe – could be especially handy for baking, where success is often dependent on ingredient ratios.

For many, the idea of cooking is delightful, but the actual experience is typically hindered by time constraints. Thankfully, the rise of e-commerce has led to a crop of startups, such as Berlin-headquartered HelloFresh, that want to deliver meal-kits with fresh ingredients to your doorstep through a weekly subscription model. HelloFresh operates in seven markets across the globe.

Similar to HelloFresh, Gousto is a startup that offers to deliver fresh ingredients for selected recipes to the customer's door. At the moment, the company only operates in the UK. 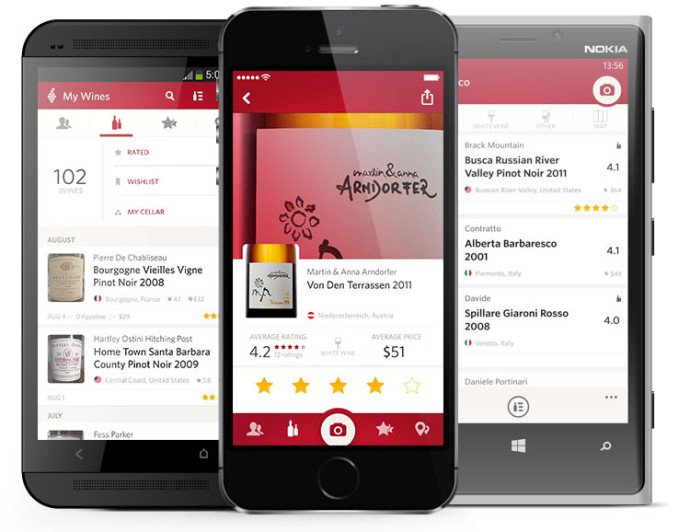 So Vivino has more to do with drinking than cooking. However, it's important to note that a good wine pairing can really kick a meal up a couple of notches.

Essentially, the app comes in handy when you're out and about, and not completely sure about the quality of the bottle of wine you're eyeing down. Founded in Copenhagen in 2010, Vivino lets you snap a photo the wine label to uncork user reviews, ratings and suggestions from its community. The startup claims seven million users and has offices in Copenhagen, San Francisco, Ukraine and India. Vivino's app is free on iOS, Android and Windows Phone with in-app purchases. 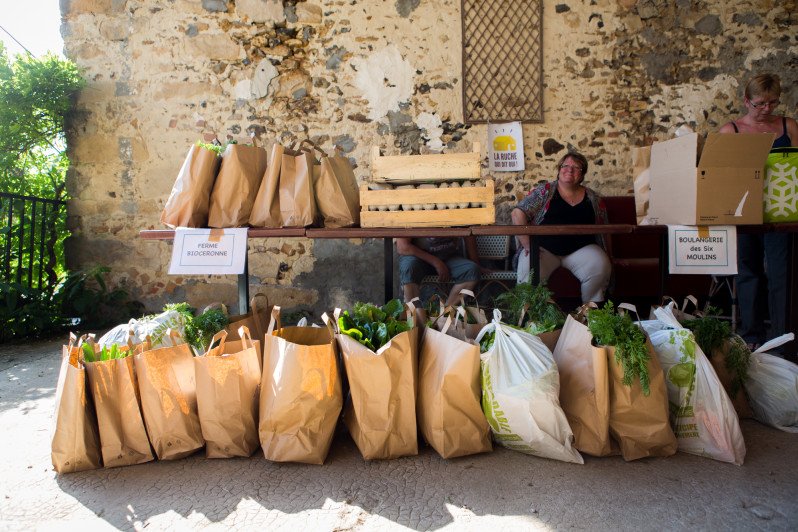 Sick of the sterile surroundings of your local supermarket? Perhaps it's time to give The Food Assembly a shot. The online platform, which started in France in 2010, wants to connect local producers with consumers via its pop-up markets, dubbed "Food Assemblies".

For shoppers, it can be a way to support your local economy as well as to get to know the people producing your food.  Currently, it's available in France, Germany, the UK, Belgium, Spain and Italy. 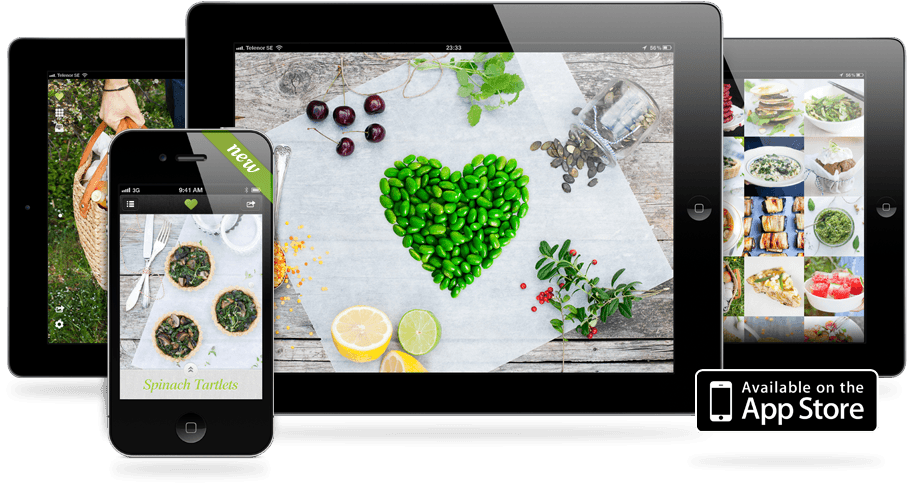 In case you're a vegetarian, or are simply a huge fan of vegetables – there's a great European-made app for that as well. The Green Kitchen Stories app, which originates from the hugely popular blog of the same name, is equipped with 78 recipes featuring "ingredients straight from nature". Think: whole grains and seeds, healthy fats and unrefined sugars.

The app was created and designed by Sweden-based development company Amazing Applications. 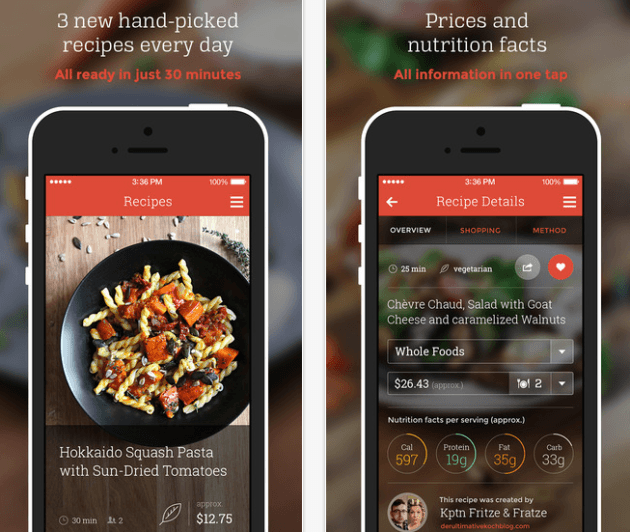 In the age of too many options at your fingertips, it's easy to spend more time searching for the perfect recipe, rather than actually cooking the meal – here's where Berlin-based Kptn Cook wants to help. The free iOS app offers three new recipes each day with corresponding nutritional facts and a shopping list.

Of course, you may not be incredibly fond of the three recipes, but at least you don't have to choose.

With French startup Youmiam, its platform focuses on sharing your recipes on the web as well as through its network – some have even billed it "a SoundCloud for recipes". Following friends or food bloggers could be a good way to discover new recipes and cooking trends. 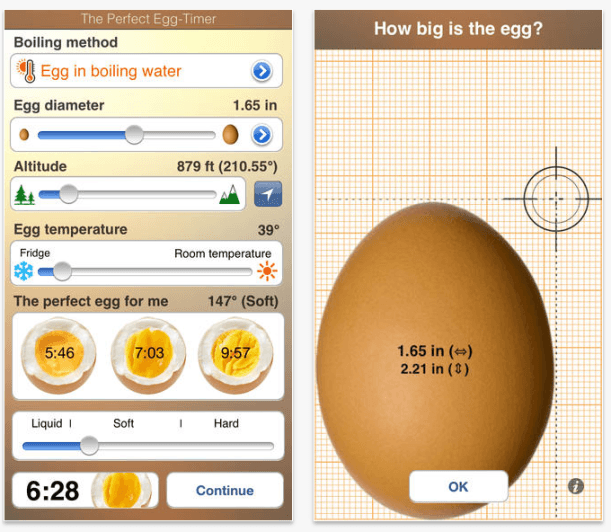 ...because cooking an egg is evidently not as easy as it sounds, German developer Mirko Müller has got you covered with this free egg timer iOS app for the perfect eggsperience.

Any others we really should have included on the menu? Let us know below!

Cooking up a storm: 10 EU-made tools to help you prepare a delicious meal
Comments 2
Follow the developments in the technology world. What would you like us to deliver to you?
All

NEXT
What makes German media giant ProSiebenSat.1's startup accelerator special?
(Editor's note: this is a sponsored tech.eu article, which means it's independently written by…
Robin Wauters