Google Street View is not just about roads and streets; there are tons of other curious snapshots, including a reported ‘ghost child’ in an abandoned orphanage in Liverpool, or two suburban samurais.

Although Google has undeniably (and literally) covered a lot of ground with its mapping technology, there are still plenty of places—in Greenland, China, Russia and Africa, for example–it hasn’t yet touched down in.

Even in hugely populated areas, there are still walking trails or pathways under bridges that are missing. Here’s where Sweden and US-based startup Mapillary wants to fill in the gap.

Founded in September 2013, Mapillary is a service aiming to provide a more comprehensive street view map of the world by crowdsourcing images from users.

Instead of waiting for big companies or institutions to pass through neighbourhoods with their mapping vehicles, Mapillary allows individuals to contribute photos with simple tools like their smartphones and cameras to help map places that may not be so well-trodden, such as bike trails or paths in the forest. 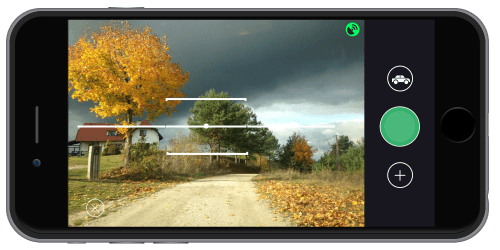 In January 2015, the startup announced a $1.5 million seed round led by well-known American investor Sequoia Capital. We spoke to Mapillary CEO Jan Erik Solem recently on where the idea came from, why we need another street-level map and what’s next for the company.

From Apple to Mapillary

The idea for Mapillary was something Solem was thinking about around five years ago.  After quitting his job at Apple and moving back to Sweden in the summer of 2013, he said the timing finally seemed right to move forward with the concept.

“All of a sudden, a large percentage of the population had good cameras in their pockets and handbags, Internet connectivity was good, and sensors on devices were good. All of these things that weren’t really in place a few years earlier seemed to be widespread and available,” Solem recalled.

Once users upload photos onto Mapillary’s app (available on iOS, Android, Windows Phone), everything is automatic and goes through a long process that involves blurring faces and license plates as well as stitching together nearby photos so users can navigate between them.

So what’s the key difference between Mapillary and other street view services currently available?

“Google Street View is one of several street view services where photos are captured using cars... Coverage is limited to how many cars can be deployed. Also, in many parts of the world the photos are updated only every three to four years, and usually cover only major roads and cities,” he responded.

“Mapillary lets users upload photos as often as they like and the capture process is infinitely scalable.”

To compare coverage, here’s a map of where Google Street View is available:

And a map of of the Mapillary’s current coverage of the world:

In order for Mapillary to really cover more places than Google Street View (and faster), one of its key challenges will undoubtedly be to garner a sizeable user base to contribute photos onto the platform and provide a strong enough incentive for users to continue doing so.

Solem said that many of Mapillary’s users are drawn to the platform because they fuel the open mapping movement and work with open data initiatives such as OpenStreetMap (OSM). For instance, Mapillary’s photos are currently integrated into the OSM editing tool so that photos contributed to the app are also available on OSM.

Scaling up and building a business

As for its business model, although Mapillary is free for personal and non-commercial use, it offers API access for commercial use as an SaaS model for a monthly fee that starts from €99. These services are currently being tested across verticals such as transportation, construction and municipalities.

“This includes the offer of having photos in private projects where access is controlled by the customer, as well as metadata like traffic signs that we extract from the photos using computer vision,” Solem said.

With the latest boost of funding, Solem says he wants to grow the Mapillary team to a size of 10 (currently, the company employs six people) as well as focus on how to navigate the company in the next 18 months. The investment put them on the map, now let's see what they can accomplis.

Sweden's Mapillary wants to crowd-source a better Google Street View
Comments
Follow the developments in the technology world. What would you like us to deliver to you?
All

NEXT
From taxi booking to 'computers with wings' (AKA drones): A chat with Hailo founder Jay Bregman
At the recent Web Summit in Dublin, we caught…
Robin Wauters