Sizing up the startup studio model: A look at eFounders, a company that builds companies

French-Belgian eFounders is a startup that was built to build multiple startups - simultaneously. This 'startup studio model' is becoming increasingly popular in the US and Europe, but does it fly?
Charmaine Li 02 April 2015
Share
Facebook Twitter Linkedin

For some people, building one company isn’t enough. Instead, they want to have their hands in building several companies – at once.

French serial entrepreneur Thibaud Elzière is one of these people.

In 2004, Elzière co-founded stock photography marketplace Fotolia, which was recently acquired by Adobe for $800 million in cash.

A couple of years after Fotolia launched, he was itching for more entrepreneurial work, so Elzière co-founded Zilok, a P2P renting marketplace, and then created a small iPhone app company. 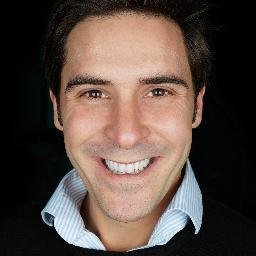 “I was going in every direction and it wasn’t great,” said Elzière (picture) in an interview with tech.eu.

That’s when he met Quentin Nickmans, another quintessential serial entrepreneur, and the pair decided to launched eFounders, a so-called startup studio based in Brussels, in 2011.

Incidentally, well-known American entrepreneur Ev Williams, who co-founded startup studio (sometimes called 'startup factory') and investment vehicle Obvious Corp, also referred to a similar entrepreneurial itch in an online thread from 2012: “If you like to start companies, have resources, and have many ideas, it's tempting to not want to limit yourself to a single opportunity. Call it "parallel entrepreneurship" or the "studio model," the idea seems increasingly popular”.

Indeed, it proved to be popular in the US, and is now in vogue in Europe, too.

The rise of startup studios

While startup incubators and accelerators are popping up all over the place, venture-building organisations such as startup studios are becoming increasingly popular in Europe.

To wit, there are many interpretations of the startup studio model. However, the overall consensus is that a startup studio focuses on building and developing several products/startups at once by tapping into its in-house resources, expertise and network. Additionally, the 'company-building company' takes a chunk of equity on each entity it creates, but the amount varies from studio to studio. The idea, which is more or less an experimental approach to venture capital, is that this type of structure allows for speedy prototyping and killing ideas early, if necessary.

To name a few in Europe, there’s Denmark’s Founders A/S, The Netherlands-based StarterSquad and The Eleven and Makeshift in the UK. Recently, eFounders compiled a list counting more than 80 entities across the globe that it considered within the scope of a “startup studio”.

“We’re a startup building other startups,” explained Elzière, discussing his own venture in this space.

“When we have ideas, we take around three months to analyse them, do mockups and read through it. If we decide to go with it, then we are hire two founders – one technical founder and one business founder. We give away 50% of the company, so 25% to each co-founder. Within 18 months, we will transform this unique idea with them into a successful company,” he added.

As a startup studio, a key aspect of eFounders is that it generates ideas internally. It receives 25% equity as the third co-founder as well as 25% as an investor. This can sound like a huge amount especially compared to some accelerators, like Y Combinator for instance, who take a single-digit equity percentage. However, eFounders also provides funding to startups ranging €250,000 to €700,000 depending on the nature of the company, Elzière told me.

What’s different between eFounders and other similar venture-building organisations such as notorious tech company incubator Rocket Internet, said Elzière, is that the former steps away from the startup after 18 months with the hope that it will be independent and eventually VC-backed. “This means during these 18 months, we have to make this company autonomous,” he added.

Also, it's important to note that eFounders is adamant on driving innovation, rather than cloning.

Unlike Rocket Internet, it also focuses on only one vertical: SaaS businesses. Since 2011, eFounders has gone ahead with nine projects, including Mailjet, Mention, PressKing and Front among others. Five of them are completely independent and VC-backed while three others were started last year and are planned to be launched in 2015.

So what happens if the company is not autonomous after those 18 months?

“We continue to help them until they become independent. It’s kind of like having kids, if it takes longer than expected for them to become adults, the more complicated it becomes. But so far, we haven’t had a case where we’ve had to make a critical decision,” responded Elzière.

Because of the demanding nature of creating and building companies, he added that eFounders, which currently consists of 15 people working at the studio, won’t launch more than four companies per year.

One of the main advantages of the startup studio model is that, structurally, it should allow the growing companies to easily tap into a system of knowledge, resources and networks in order to better execute than the average startup.

In the case of eFounders, Elzière said the studio is even developing its own tools for networking and productivity that he hopes will provide an ‘unfair advantage’ for its companies.

However, this model is not without its challenges.

For eFounders, at least, which places so much emphasis on hiring co-founders, the difficulty is in matching entrepreneurial talent to business ideas. As reported earlier by Rude Baguette, two of eFounders‘ startups - namely Mention and Mailjet - have already experienced their share of management kerfuffles. Another challenge is organizing a studio’s resources and structuring processes that enables its companies to thrive from them in an efficient and focused manner.

It’s too soon to say whether the model is 'working' or not, but it’s certainly an alternative to traditional models of financing entrepreneurship worth watching in coming years.

Sizing up the startup studio model: A look at eFounders, a company that builds companies
Comments
Follow the developments in the technology world. What would you like us to deliver to you?
All

NEXT
An interview with NASDAQ exec Adam Kostyál about Europe's potential for future tech IPOs
At the recent 4YFN conference in Barcelona,…
Robin Wauters