After successful crowdfunding campaign, AIRTAME introduces its wireless HDMI stick to the masses 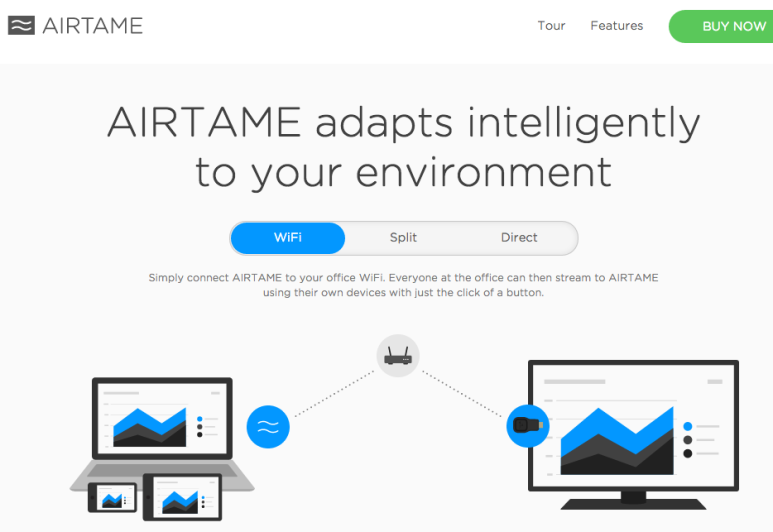 After raising about $1.3 million in a successful Indiegogo crowdfunding campaign (and later raising roughly the same amount from investors directly), Copenhagen-based AIRTAME is today publicly launching its wireless HDMI stick (for enterprises, particularly).

The startup essentially wants to help rid homes and offices of cords and cables. Its stick can be plugged into any HDMI-based TV or projector, allowing users to mirror laptop screens and stream pictures and presentations from mobile phones and tablets – all wirelessly, by installing an app.

AIRTAME says it has already shipped 22,000 units to early backers and beta-testers, but that is now ready to start stelling its hardware+software combo online and through select resellers.

The company is decidedly targeting enterprises with its solution, but says it wants to keep the price down to the level of an Apple TV or Google Chromecast. The product will be offered at a $199 price (before tax) until 1 October 2015, when the price jumps to $299.

After successful crowdfunding campaign, AIRTAME introduces its wireless HDMI stick to the masses
Comments
Follow the developments in the technology world. What would you like us to deliver to you?
All

NEXT
Microsoft acquires Berlin's 6Wunderkinder / Wunderlist: some thoughts, and some facts
So Microsoft has seemingly made yet another…
Robin Wauters