Welcome back to our weekly 'Startup Spotlight' series, where we feature relatively under-the-radar but interesting tech startups in Europe. This week, we shine a light on Cluj-Napoca, Romania and New York-based health software startup iMedicare.

We recently caught up with Simihaian at the Techsylvania conference in Cluj-Napoca to chat about the lagging health IT industry, Romania's entrepreneurial inferiority complex and why geography isn't relevant anymore when it comes to building a startup.

tech.eu: Can you tell us what iMedicare is in a couple of sentences? 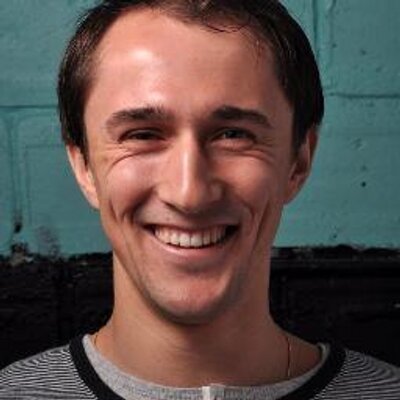 Flaviu Simihaian: iMedicare is software for pharmacies that takes all of the pharmacy’s data, the patients' data and figures out basically how patients can save some money and be healthier. So then the pharmacist appears like an expert because they’re giving this advice that is custom-tailored to their drugs and information, but without doing any work because of the software.

My co-founder Matthew Johnson was a pharmacy school student three-and-a-half years ago and I was hacking on another startup.

We were just at meetups hacking away on various open-source projects. He was a pharmacy school student and a programmer and we just started working together and hacking. He had some ideas from his pharmacy school experience and being in pharmacies around North Carolina. So he had this idea: why are these pharmacies spending all this time with insurance plans? Basically, all these things that are unrelated to pharmacy. So he said, 'Well, let’s try to see if we can solve it.'

What makes iMedicare as a product/platform stand out from similar services already out there?

One of the glorious things of being in a market such as healthcare is that it’s so far behind all the other markets, like if you look at the financial or social networking side – you have amazing products which save people a ton of time. There's no such thing in healthcare. They’re way behind in the current suite of time-saving tools. That leaves a lot of opportunity to improve, we’re just small niche of that. As we grow, there are starting to be some competitors and certainly that will happen, but I’m just saying it’s unlike any other industry because it’s so far behind.

How much have you raised? Are you planning on getting more funding? We raised a seed round two years ago, after we finished Blueprint Health accelerator in New York. It was a $400,000 seed round. Fortunately, we have been profitable after that. So we didn’t have to raise more money in a Series A. As we expand, we may look into doing that and we have spoken to VCs before. We’re fortunately at a point where we can negotiate a little bit so we don’t have to take every dollar we can find.

Your offices are in New York and Cluj – how big is the team and how is it spread out?

And we’re growing our Cluj presence, but in a a calculated way. There are companies in Cluj hiring like 500 people, we’re really just looking for one or two... Growing a team is very difficult on the software engineering side and the dynamics between the team. We can easily add a person that is a huge negative impact on productivity, but we’re trying hard not to do that.

Why did you decide to have an office in New York and not San Francisco? We started in Charlotte, North Carolina, where I finished college and where Matt finished his pharmacy school and we participated in an accelerator there called RevTech Labs, we were the first class. After that, there was the Democratic National Convention where Obama was in town and he generated this amazing attention in Charlotte. Arianna Huffington was there, I have a picture with Will.i.am.

They had these people at a startup event because it was during the financial crisis and they wanted to show how startups can help. We had a stand and they found us. We tried to meet investors but instead we met Blueprint Health, which is an accelerator in New York, and we kept in touch. Then we applied to go to go it and then in January, we got accepted and I moved to New York to go to that accelerator. That's how we ended up there and it’s a been amazing. We’re still in the same co-working space as the accelerator because the environment and other health IT entrepreneurs being all around is so creative and exciting.

In your opinion, what’s the difference between the business culture in tech between New York and Cluj? Mostly, self-confidence. There’s this national kind of inferiority complex, where if something's great it must come from the west. That’s the struggle, realizing that really that’s not true at all, you can make good stuff anywhere. I was just doing this previous interview and somebody was like, 'When are you moving back to Cluj? Cluj, Cluj, Cluj...'

Look, there’s something great that can come out of anywhere. Geography is not really relevant anymore. We’re trying to break those borders and realize that super intelligent engineers in Cluj that they can start a startup just as much as Mark Zuckerberg or anybody else and they can do sales/business development too. They can do much more than just engineering at an outsourcing company. That’s why we’re in part here speaking on stage to help out with that general confidence. I think that’s all they need.

And then some seeing some examples, like Andrei and some of these successful exits where someone they see and know that’s Romanian that ended up with $10, $20 or $30 million – or $100 million. Then somebody might be like, 'maybe i could do that too.'

Whereas in New York and in San Francisco, your’e just going into a coffee shop and boom – people are talking right next to you about exiting for $100 million, you feel like you’re in the middle of it there, whereas, you don't here. Even though it’s you working on the same thing.

Can you share some customer numbers? We have 4,000 customers. They're all independent pharmacies, some mid-size pharmacies, and we’re just trying to grow. There’s 60,000 pharmacies in the United States, so we still have a long way to go. We’re not even at 10 per cent yet.

Are you planning to expand beyond the US market at all?

Eventually, absolutely. Our core vision is that the role of pharmacist in healthcare is going to grow much much more. They're really going to become the new family doctors that help you with basic questions because they have all the drug information and knowledge, they see you more often than a doctor and so with the right information, which we will provide, and the right tools, they can become much more effective managing people's health than hospitals and doctors for those routine basic things. Right now, they're not being compensated for that anywhere, they're starting to do that now in the US, that's why we're trying to be there in the middle of it but I think that's going to happen everywhere.

What are you plans in the next 12 months?

In terms of sales, we’re trying to grow to 10,000 pharmacies by the end of the year.

Startup Spotlight: Romania's iMedicare wants to help pharmacies better help their patients
Comments
Follow the developments in the technology world. What would you like us to deliver to you?
All