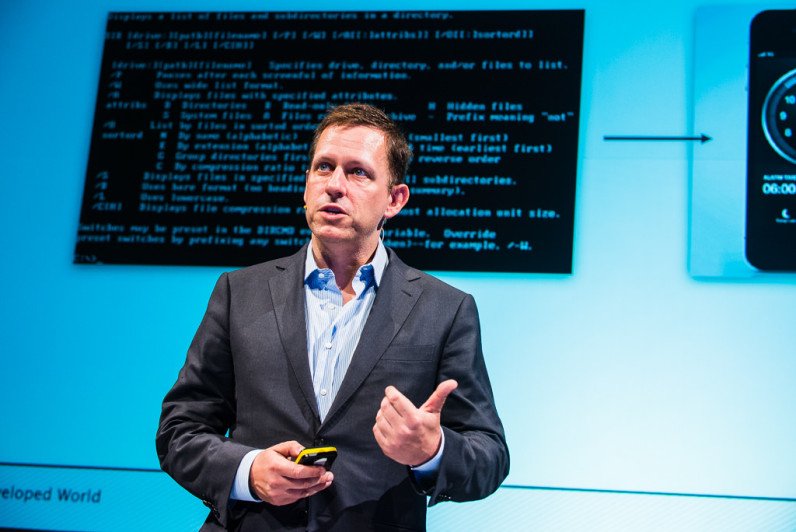 Peter Thiel, the co-founder of well-known companies such as PayPal and Palantir, and Facebook's first ever outside investor, has backed yet another German tech company.

The iconic investor has put up 'double-digit millions' for a stake in fintech startup Kreditech, according to a report from business magazine WirtschaftsWoche (via Gründerszene).

The Hamburg-based company has not yet officially confirmed the news, but Kreditech's head of online marketing, Alex Schneekloth, has taken to Twitter to welcome Thiel on board and congratulate his CFO René Griemens on the fresh round. Also: CEO Sebastian Diemer shared a link to the report on Facebook, sans further comment.

According to WiWo's report, Kreditech is raising up to 100 million euros for this (Series C) round, and has so far completed 40 million euros.

For German-born Thiel, it's the third investment in a Berlin tech startup in recent months. His investment firm Valar Ventures previously led an $18 million funding round in EyeEm, a network for photographers, and a €10 million investment in another fintech startup, Number26.

Founded in 2012 by Diemer and Alexander Graubner-Müller (CTO), Kreditech essentially aims to build a digital bank for the 'unscored' worldwide - it currently operates in nine countries. On one hand, it issues credit to private individuals, and on the other hand it develops banking technology and supporting services. It has raised a total of 260 million euros in equity and debt to date.

Banking on Germany: After EyeEm and Number26, PayPal founder Peter Thiel heavily backs Kreditech
Comments
Follow the developments in the technology world. What would you like us to deliver to you?
All

NEXT
Facebook has its ‘Europe moment' – what does it mean for you?
(Editor's note: this is a guest post from Mike Weston, CEO of data science consultancy…
Mike Weston