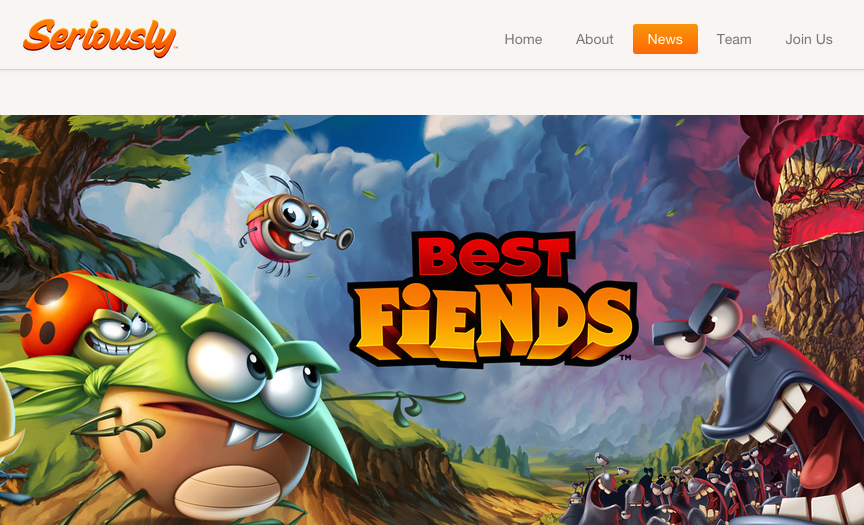 Finnish mobile games maker Seriously is today announcing that it has closed $18 million in Series A funding, bringing its total capital raised to a healthy $28 million.

The round was led by early Spotify investor Northzone, with Korea Investment Partners and prior backers Upfront Ventures, Sunstone Capital and Daher Capital participating.

Seriously is best known for 'Best Fiends' (15 million downloads and 1.35 million daily players for a game that was launched less than a year ago), which the startup says it intends to expand beyond the mobile game and into a 'global entertainment franchise', echoing earlier statement from Finland's Rovio when it rolled out the Angry Birds brand around the world.

The fresh cash will be used to ramp up production and invest in marketing, Seriously says.

Mobile game studio Seriously raises $18 million in Series A funding
Comments
Follow the developments in the technology world. What would you like us to deliver to you?
All

NEXT
Analysis: European tech companies raised €3.47 billion in venture capital in Q2 2015
Since we started, we've been building a…
Neil Murray