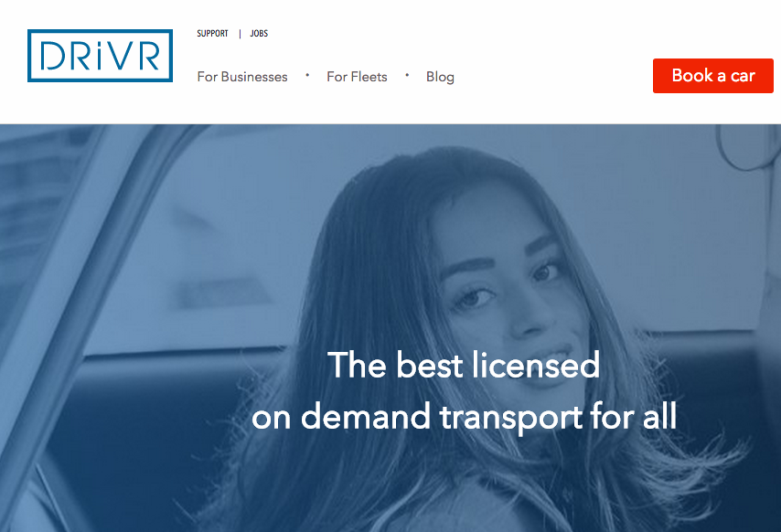 Denmark-based Drivr, which develops technology that helps taxi and private hire companies counter Uber and its ilk, announced on Friday that it has scored €3 million in additional funding.

The financing round was led by new backer The Danish Growth Fund, the Danish state’s investment fund, with participation from existing investors. The Copenhagen startup has now raised about €9 million in total. Søren Halskov Nissen, Drivr's co-founder and CEO, says:

"We work with the world’s most progressive transport companies, bringing them together in a global network that pushes for excellent service, safer transport, zero emissions and lower prices. We believe we can deliver a much better service by partnering with the best local operators around the world instead of working with non-licensed drivers in their own cars.”

If that sounds similar to Hailo's most recent playbook, that's because it is.

Drivr’s enterprise solution came out of beta earlier this year, and the Danish startup says there's already a 'long line of operators' queuing up to go live with the technology.

Drivr will use the fresh cash to hire more developers and expand across Scandinavia, the UK and Ireland and the Baltics. The young company is also establishing two new offices, in Germany and Spain.

Copenhagen-based Drivr raises €3 million to help taxi industry fend off Uber and others
Comments
Follow the developments in the technology world. What would you like us to deliver to you?
All

NEXT
A train of thoughts on transportation: Interview with Dirk Ahlborn, CEO of Hyperloop
A couple of weeks ago, we had the opportunity…
Alex Barrera