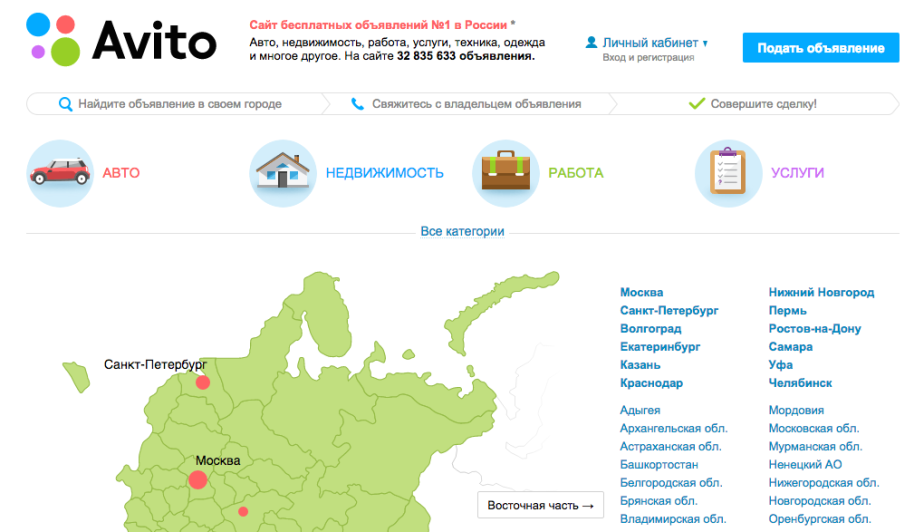 Naspers, which initially invested in Avito back in 2013, has increased its stake in the business from 17.4% to 67.9% on a fully diluted basis, in a vote of confidence in the growth prospects of the Russian e-commerce market. Avito’s management will remain invested, as well.

The deal is valued at about $1.2 billion. Kinnevik has sold its entire 31% stake for $846 million, and Accel Partner and Northzone have also fully exited the business, tech.eu has confirmed. As noted by its early backers (see below), this is one of the largest European VC-backed company exits ever, as it values Avito at a total of about $2.7 billion while remaining private.

Accel’s Sonali De Rycker, who led the firm’s $75 million round in Avito back in 2012 and served on its board, says: “Congratulations to Avito and Naspers! It has been a privilege to work with Avito’s founders, Jonas and Filip, as they have created one of the largest and most innovative classifieds business in the world.”

**Update:** according to Breakit, the aforementioned founders are selling $170 million worth of stock to Naspers.

Naspers acquires majority stake in Russian online classifieds group Avito in $1.2 billion transaction
Comments
Follow the developments in the technology world. What would you like us to deliver to you?
All