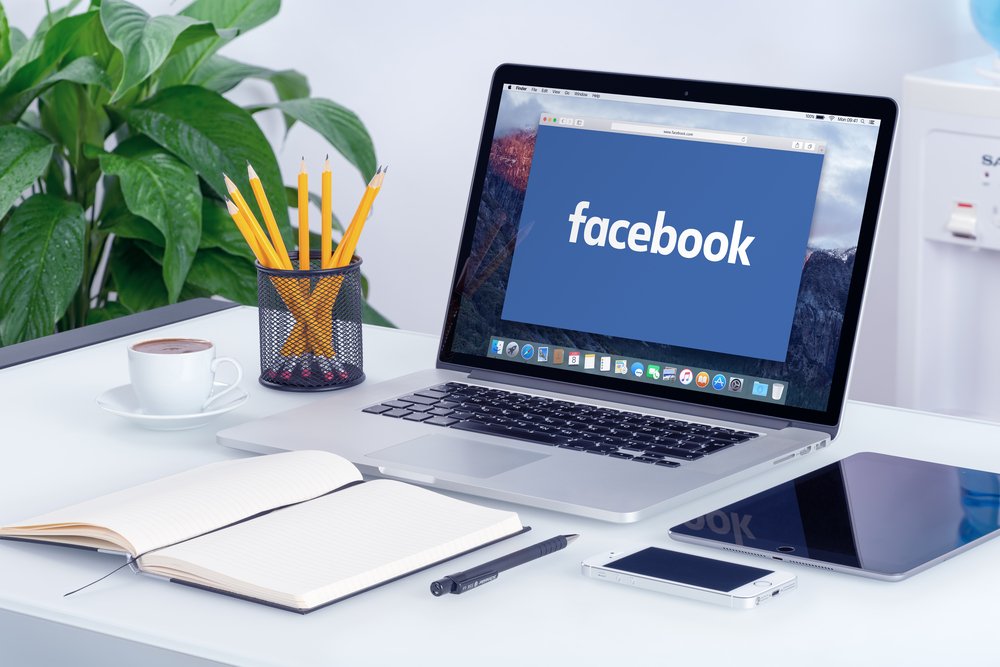 Facebook yesterday reported strong earnings for the third quarter of 2015, which you can read all about elsewhere. But here are the most interesting usage and financial numbers for Europe:

Facebook topped 230 million daily active users in Europe last quarter for the first time in its history, up from 189 million in Q3 2013, leading to a record 315 million monthly active users on average.

Revenue from Europe in the third quarter of this year came in at $1.085 million. It's the third time Facebook crossed the $1 billion mark in 'European revenue' for the quarter, but the first time the social networking juggernaut came close to $1.1 billion in quarterly revenue.

It also means Facebook more than doubled its revenue in Europe in just two years.

The bulk of revenue (as in, roughly 96% of it) in Europe in Q3 2015 came from advertising. In fact, the $44 million Facebook made in Europe from 'payment and other fees' was the lowest it's been in years.

That said, Facebook's ARPU (average revenue per user) in Europe has never been higher, at $3.47.

You can find all relevant charts below: 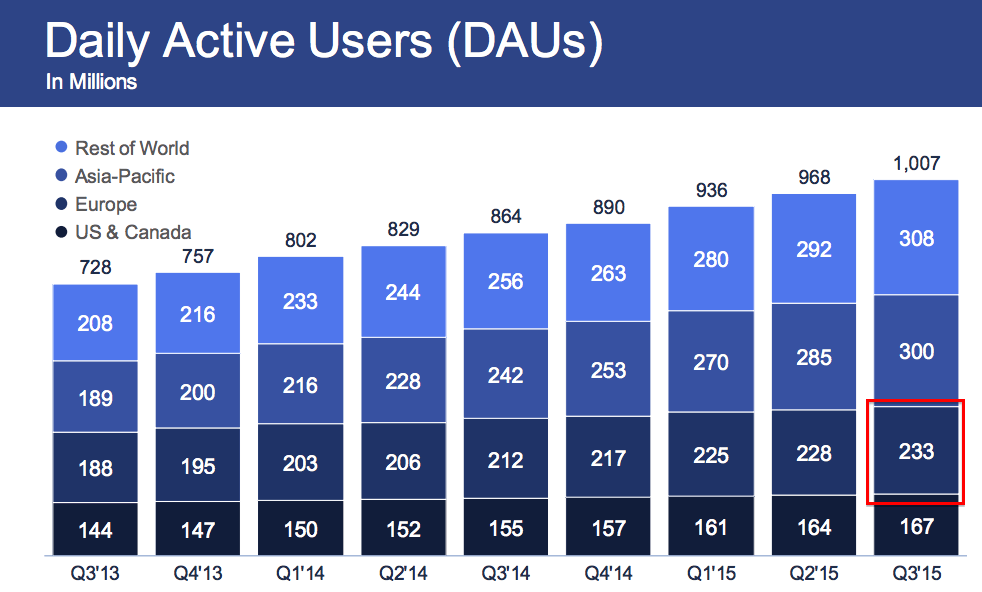 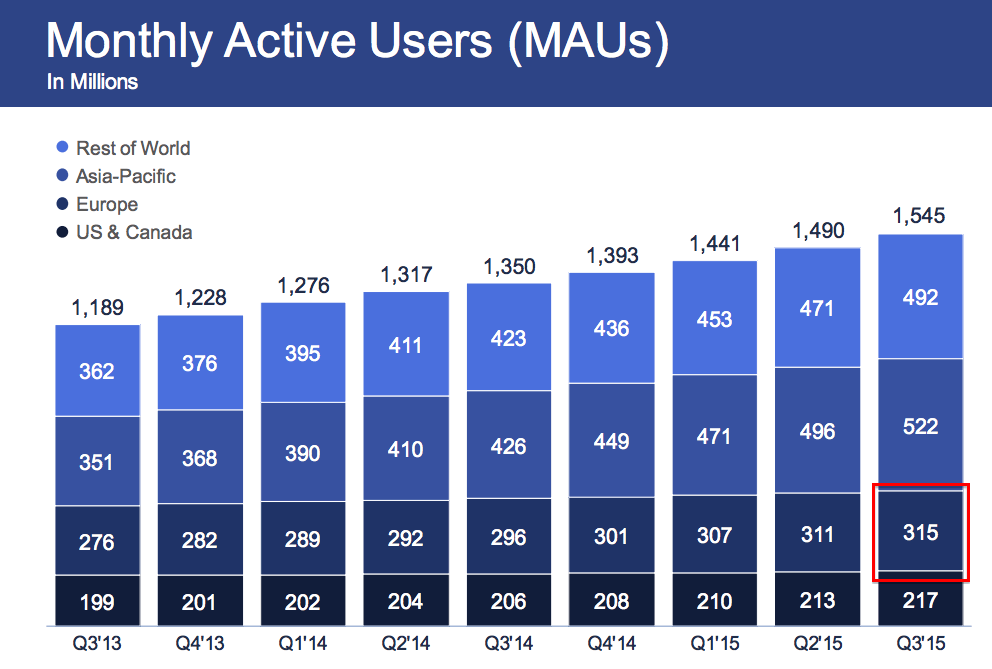 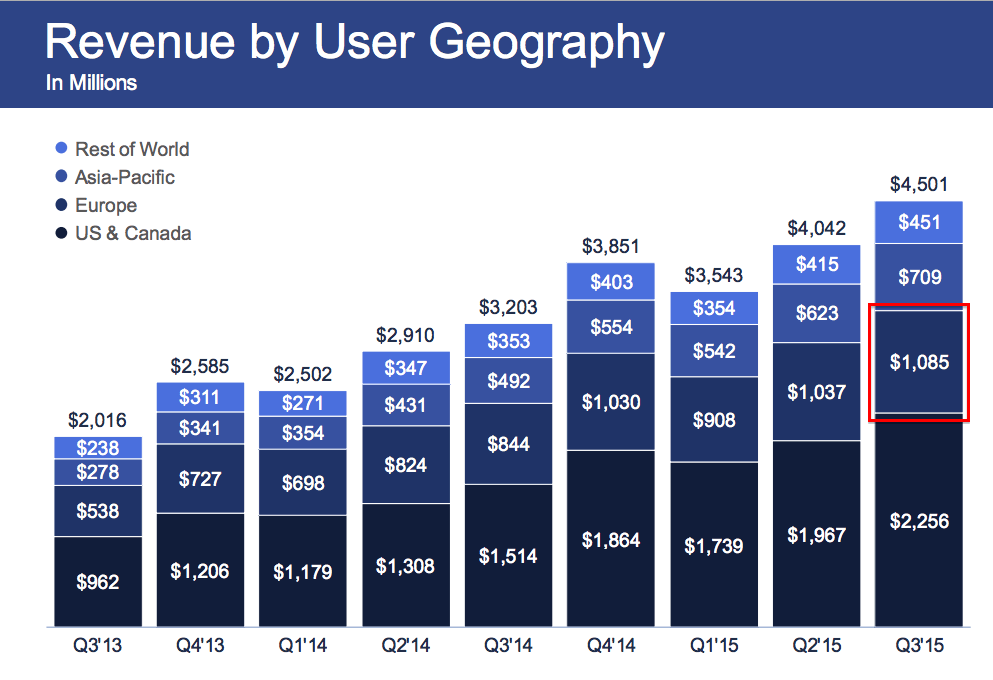 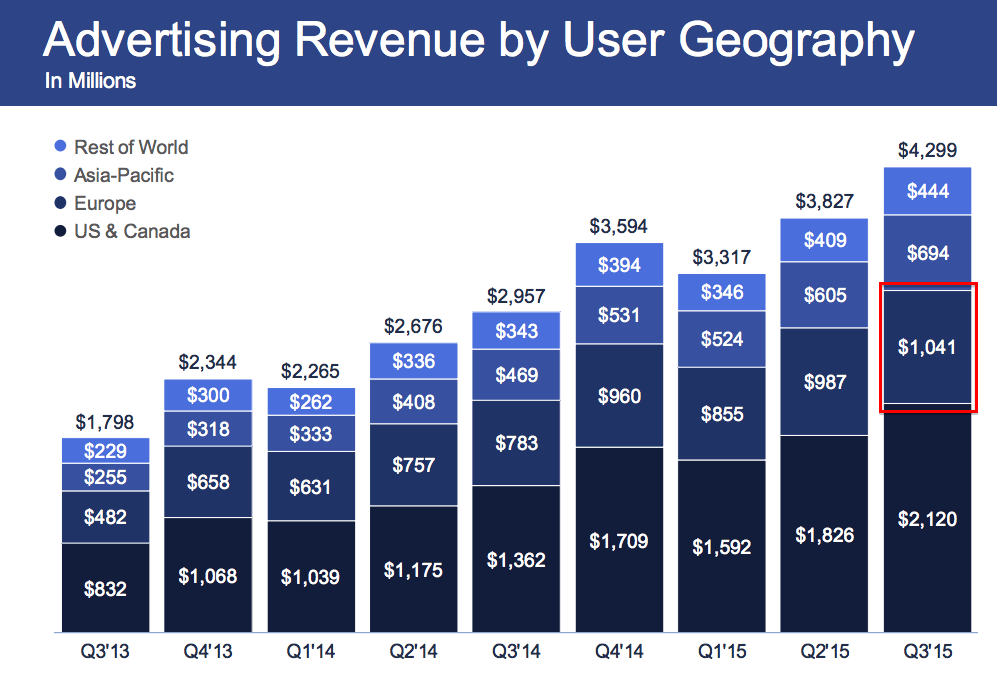 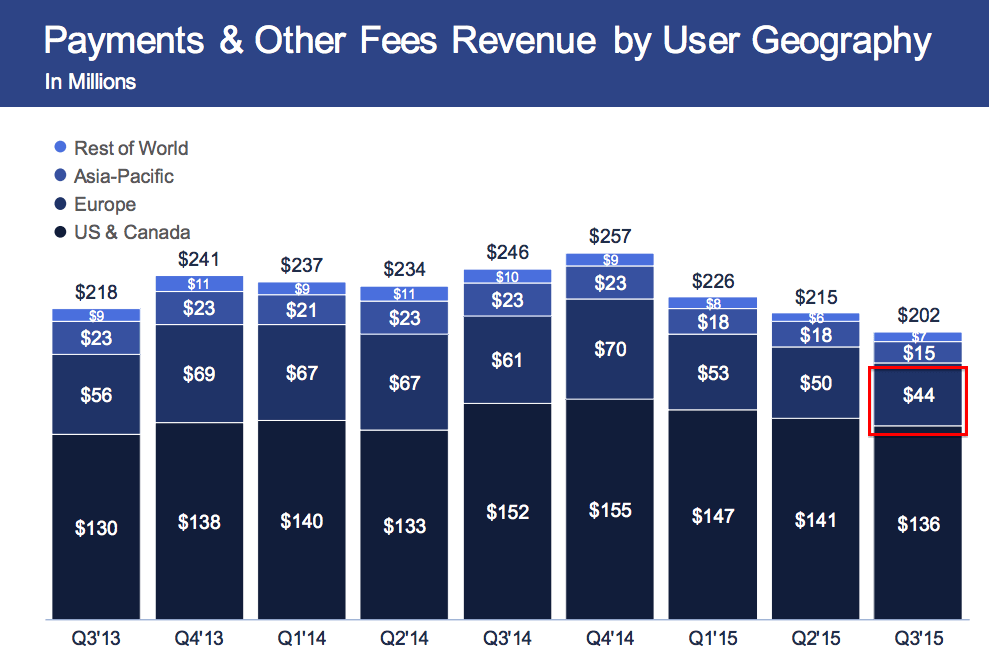 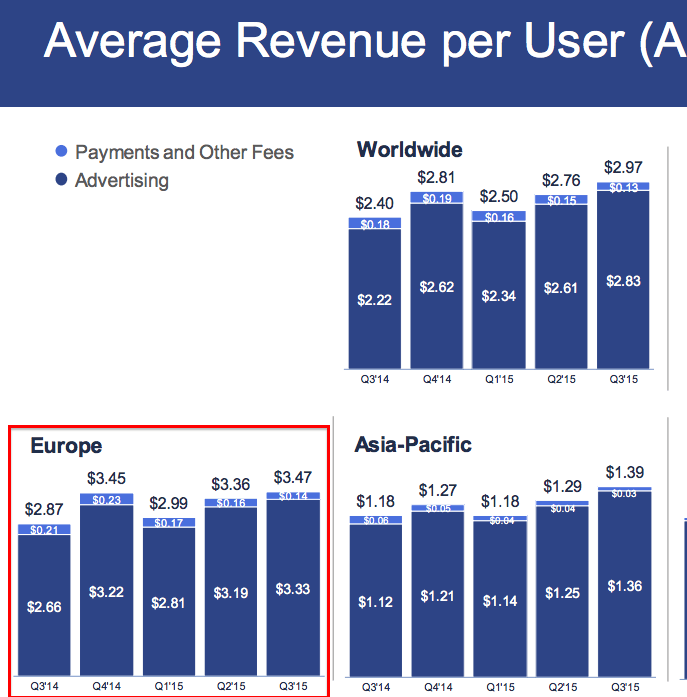 Facebook’s head of public policy in Europe, Erika Mann, to step down

Facebook in Europe: 315 million monthly active users, close to $1.1 billion in quarterly revenue
Comments
Follow the developments in the technology world. What would you like us to deliver to you?
All