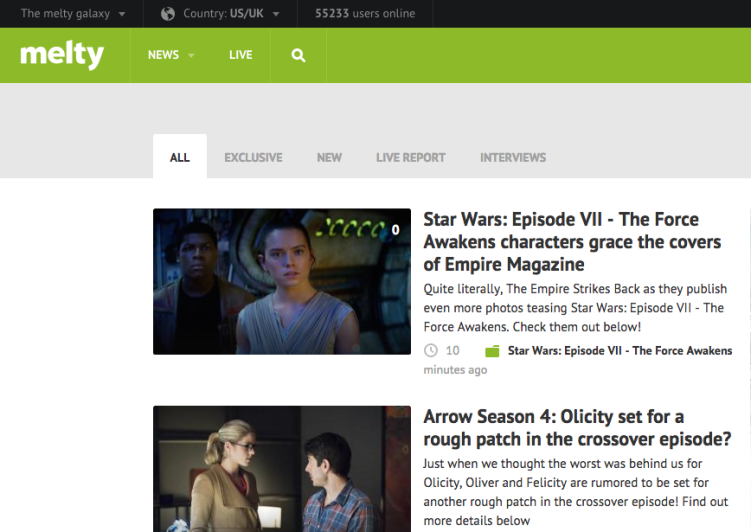 Melty, the Paris, France-based publisher of a host of websites and applications primarily targeting people between 18 and 30 years old, has raised €10.5 million in venture capital, tech.eu has learned.

The financing round, which is mean to boost content production and fuel international expansion, was led by Jaina Capital, a VC firm started by Meetic founder Marc Simoncini, alongside AccorHotels and well-known French businesswoman Patricia Barbizet.

Also participating in the round are prior backers Serena Capital and Bouygues Telecom Initiatives.

Melty is growing fast. The company attracted 22 million unique visitors to its 32 websites and mobile apps, putting it on a course to become one of the world’s leading media platforms dedicated to youth.

The financing round was facilitated by Clipperton, a European corporate finance firm focused on the technology, media and healthcare industries.

According to Crunchbase, Melty had raised €3.6 million to date.

French youth-focused media company Melty raises €10.5 million
Comments
Follow the developments in the technology world. What would you like us to deliver to you?
All