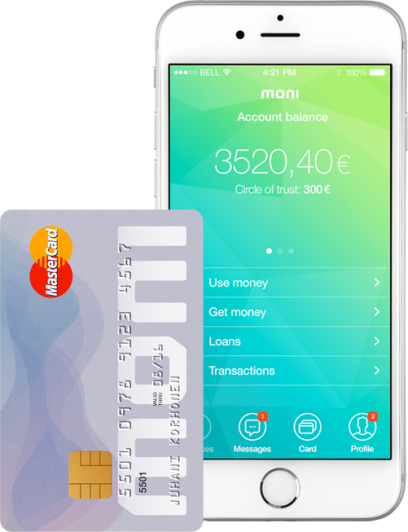 While in Helsinki recently for the Slush conference, I ended up at the launch party of a Finnish fintech startup called MONI, which is working on a 'smart payment service'.

What was remarkable about the event, apart from the fact that it was held on a sauna boat, was that the company in question announced a $1.45 million seed round and a huge endorsement from Sir Richard Branson (it's still unclear where he personally invested, but he's definitely a supporter).

The funding, which comes from Maxfield Capital, Formation 8, Digital Currency Group as well as a number of private investors from places like Europe, USA and Brazil, was not the real topic of the evening, however.

MONI - which is not to be confused with London fintech startup Moni (yeah, I know) - announced at the event that the Finnish Immigration Service has chosen the startup for one of its pilot programs to provide refugees with both MONI Prepaid MasterCards and mobile-first, customisable payment accounts. Finland recently raised itsforecast for asylum seekers this year to 50,000, and that number could double next year.

The prepaid cards are used to replace the current cash payments of government benefits, which MONI says are neither cheap or safe. When the refugees eventually get jobs, their salaries can be paid to MONI accounts as well.

Following the pilot, expect to hear more from MONI, as the startup aims to expand and launch its smart payment tech in other European countries in the near future.

Fresh funding for fascinating fintech feat from Finland: MONI raises $1.5m, helps EU refugees
Comments
Follow the developments in the technology world. What would you like us to deliver to you?
All