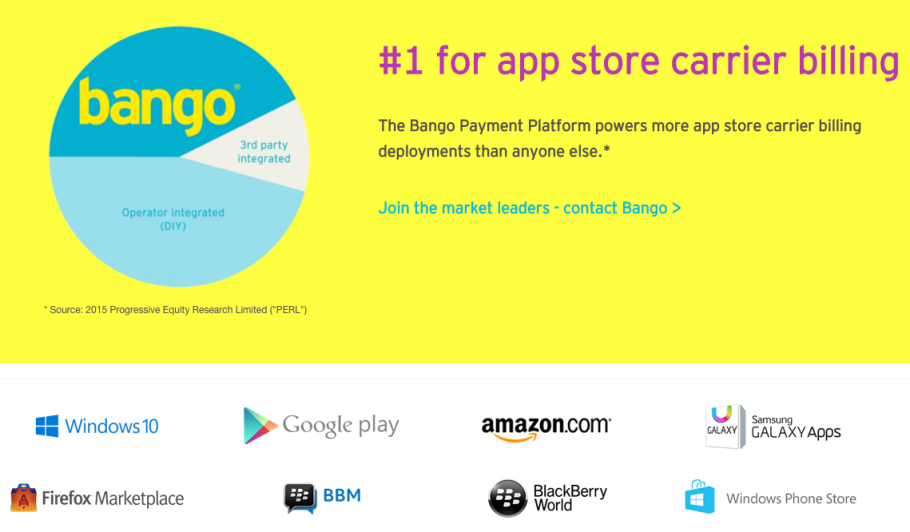 Cambridge, UK-based (and London Stock Exchange-listed) mobile payments company Bango has inked a deal with Microsoft to deliver carrier-billed payments across Windows 10 devices, enabling Windows Store customers to get charged for apps and digital content via their phone bills.

Windows 10 is now 'active' on over 200 million devices worldwide, though this includes non-PC devices such as the Xbox One.

Important sidenote: Bango says 'specific operator availability' will be announced as they are launched starting in January. Still, the fact that Bango has successfully expanded its agreement with Microsoft to include PC, tablet and smartphone users is worth a note.

UK fintech firm Bango inks deal with Microsoft to put carrier-billed payments on Windows 10 devices
Comments
Follow the developments in the technology world. What would you like us to deliver to you?
All