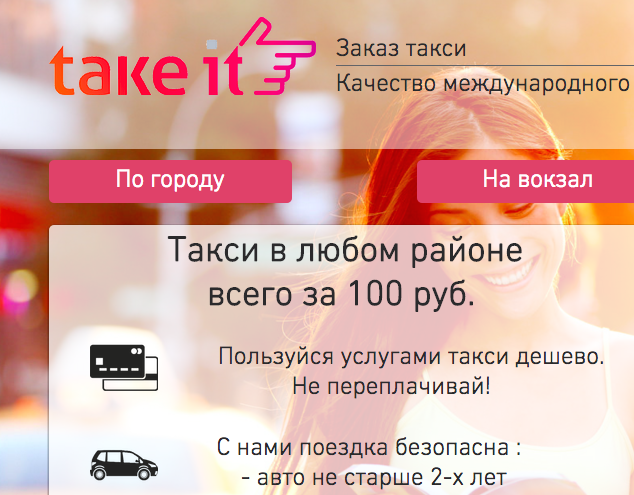 Takeit, a taxi service launched in July last year, is to secure “around $2 million” from several individual investors, including former top executives of Rostaxi and Takeit CEO Alexander Onikienko. The deal was reported last week by Rusbase, an online publication covering the Russian venture market.

The young company will measure itself against such market leaders as Gett, Uber, and Yandex.Taxi.

Takeit does not only connect clients to independent drivers, but — in contrast with its competitors — it also has its own taxi fleet (1,200 vehicles).

Takeit’s fares are among the lowest on the market, starting from just 100 rubles ($1.3 at the current exchange rate).

Pavel Varzumov, the lead investor in the transaction, believes the company has found “an interesting formula to reduce and optimize expenses.”

Takeit currently operates in Russia, but plans to enter other markets, starting with European countries. According to Varzumov, the company has already signed agreement with some foreign partners, for example to organize transfers from airports in France.

Russian taxi service Takeit raises $2 million
Comments
Follow the developments in the technology world. What would you like us to deliver to you?
All