84 million users and counting: the Internet penetration rate in Russia has nearly doubled in five years

Russia, which lagged far behind most other European countries in terms of Internet penetration in the recent past (with a 37% penetration rate in 2010), has been catching up rapidly over the past few years.

In late 2015, according to a GfK study, Internet penetration exceeded 70%, with 84 million users aged 16 or more across the country, up 4 million in one year. 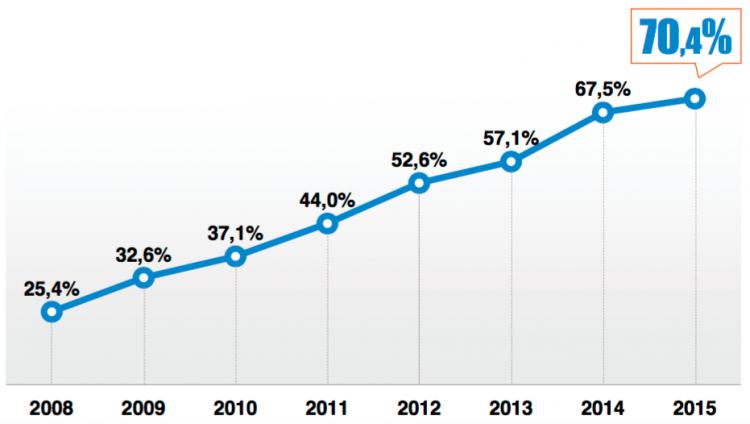 GfK attributes much of the growth to mobile connectivity. According to the survey, mobile Internet access in Russia more than doubled during the year. By the end of 2015, 37.5% of users 16 and older went online by way of their phone and 19.5% from tablets. In 2014, the same research found that 17.6% of users were connecting on mobile phones and 8.4% by tablets, displaying a major climb from 2014 to the end of 2015. Access to wifi and mobile application packages from the major telecom operators contributed to the mobile rise in Russia.

Today in Russia there are approximately 50 million users accessing the Internet from mobile devices, which is 42% of the adult population in Russia. The older population drove a strong portion of the Internet growth because 97% of younger users were already online. The younger users (16-29) drove more of the mobile activity. 70% of this age group goes online through their phones and and 35% on tablets.

Russians in bigger cities and primarily Moscow are more practiced Internet users. The Internet penetration in Moscow exceeds the country average and has a significantly higher mobile and tablet uses than other areas. Russians from places with smaller populations are less practiced Internet users but the regions are slowly catching up with larger cities thanks in large part to mobile accessibility. Often the lower costs of mobile connectivity encourage Internet use. 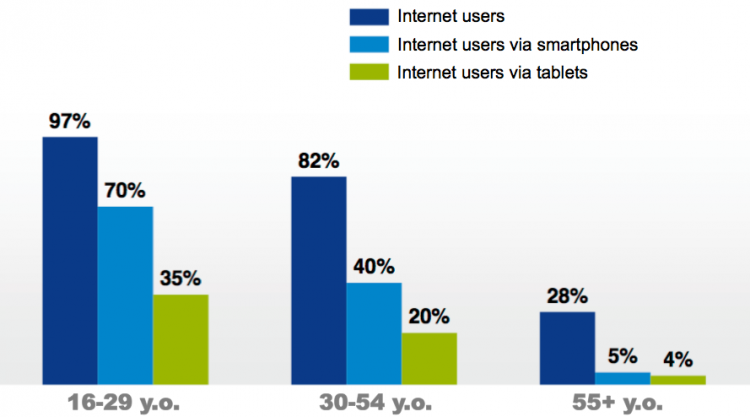 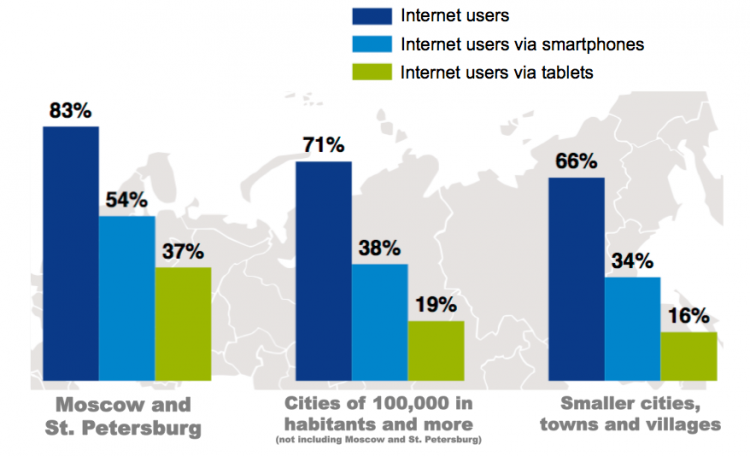 84 million users and counting: the Internet penetration rate in Russia has nearly doubled in five years
Comments
Follow the developments in the technology world. What would you like us to deliver to you?
All