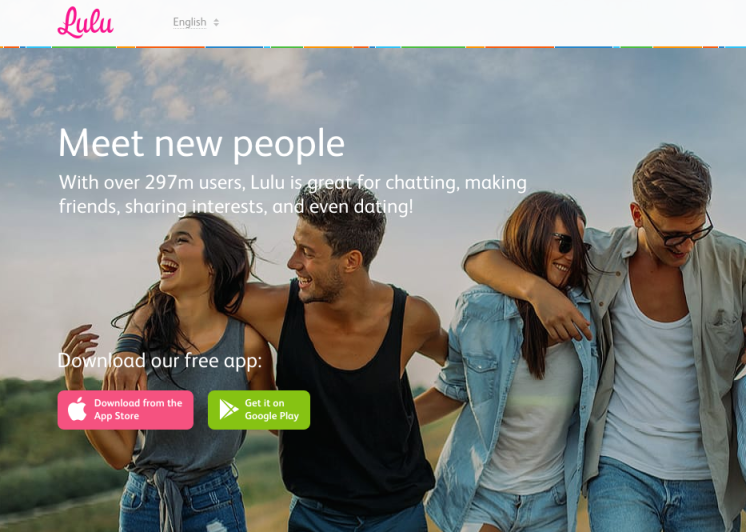 Lulu, formerly known as Luluvise and devised in London a couple of years ago, is now in the hands of Badoo, the UK-based social network / dating platform with more than 300 million users.

Alexandra Chong, the founder and CEO of Lulu, which famously transformed into a female-only community and app where girls can rate men, will join Badoo as president, to drive international expansion alongside Russian founder Andrey Andreev. She will be moving back to London as a result.

Billed as a 'dating intelligence app for women', Lulu (based in New York) will henceforth be "powered by Badoo technology and offer the complete Badoo dating experience, allowing Lulu’s 6 millions users to interact and connect with Badoo’s 300 million users".

Everyone appears to be really careful not to call this an acquisition (and to be fair, it seems more like an acqui-hire than anything else). Chong, of course, bills the deal as "a tremendously exciting next step for Lulu". She's also "thrilled to be joining forces with Badoo".

For what it's worth, Badoo says it has about 60 million active users in over 190 countries, and that it's currently the fastest growing dating platform in the world. Its revenue is claimed to have surged 63% in 2015, as it operates a number of white-label licences for brands, including Hot or Not and Blendr.

Lulu founder Alexandra Chong joins Badoo as president as social network assumes command over its 'women-only' dating app
Comments
Follow the developments in the technology world. What would you like us to deliver to you?
All