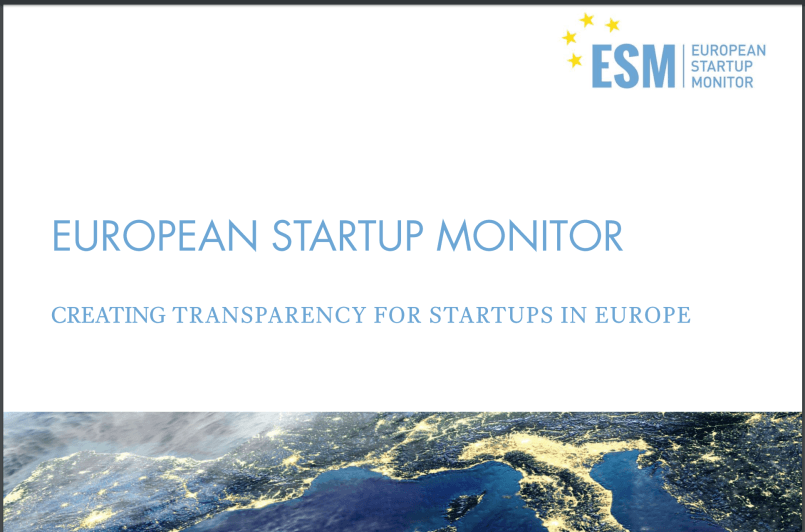 Today saw the release of the first 'European Startup Monitor', a(nother) study of Europe's startup ecosystems and founders, with as its aim to better understand where we are today, and what the challenges and opportunities are in the future.

The European Startup Monitor was initiated by the German Startups Association, conducted with a range of partners, and - notably - sponsored by Google, KPMG and Telefonica Germany.

For the study, more than 2,300 startups were surveyed, representing over 31,000 employees across EU member states + Israel and other countries, in order to acquire comparable data for the European startup ecosystem. Within the scope of this study, startups were defined by the following three criteria:

You can download the entire report right here, have a look at the accompanying slide deck here, but we also want to present you with some of the main findings:

European startups create on average 12.9 jobs (including founder/s) after 2.5 years, and the average startup wants to create another 6.8 jobs in the next 12 months.

Surveyed startups raised €2.5 million in external funding on average. They plan to raise a further €3.3 million to scale, on average.

Most of the surveyed European startups have multiple founders, who are between 25 and 34 years old on average. Only 14.7% of the startup founders were female.

More than half of all surveyed startups currently serve markets abroad, with 8 out of 10 planning further international expansion in the next year.

11.9% of European startup founders and 31.6% of their employees are from countries other than where their companies are based, according to the study.

More than 90% of the surveyed startup founders are content with their current business situation; 72% of them assume positive business development trends in the near future.

The most cited challenges for the European startup ecosystem among founders were: raising capital, sales/customer acquisition, product development and hindering political regulations and bureaucracy.

Note that for most of these findings, there were significant differences between the various European startup hubs. Again, the full report can be found here.

For additional data (our own and others' studies), check out our Research section.

More EU tech analysis, courtesy of the 'European Startup Monitor': lots of growth, few female founders
Comments
Follow the developments in the technology world. What would you like us to deliver to you?
All