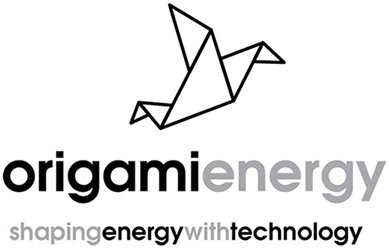 Origami Energy, a startup that is building a technology platform for the smart management of distributed energy assets, has closed a £13.7 million Series A funding round.

The capital was injected by prior backers Cambridge Innovation Capital and Octopus Ventures, as well as two (unnamed) individuals, together with a new investment from Fred. Olsen related companies.

Origami's technology works with different energy assets that are plugged into the electricity grid (e.g. energy using, generating and storing assets) and then manages the flow of power to match supply to demand in real-time. This allows its customers and partners to tap into new revenue streams, reduce carbon emissions, increase the marginal capacity of the network and improve security of energy supply.

The fresh cash will allow the startup to go from field trials to large deployments with a wide range of customers, focusing initially on industrial and commercial sites.

The CEO of Origami Energy is Peter Bance, who was previously an Entrepreneur in Residence at Octopus Ventures. The company is based in both Cambridge and London and previously raised £4 million in seed funding almost two years ago.

Cambridge, UK-based Origami Energy raises £13.7 million from Octopus Ventures and others
Comments
Follow the developments in the technology world. What would you like us to deliver to you?
All

NEXT
tech.eu Podcast #37: Spotify's $1 billion debt round, the state of European food tech, Liefery and the best April Fools
The tech.eu podcast is a weekly show where Neil…
Neil Murray