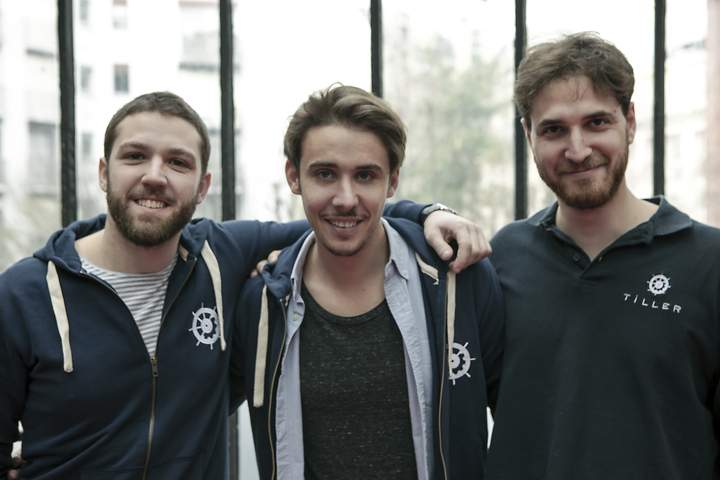 The second round of funding included investment from Nicolas Sireyjol, Damien Guermonprez, Philippe Bertinchamps, and Thierry Petit. It previously raised a €100,000 seed round last year.

With its new funds, the Parisian startup intends to grow its staff from 30 to 100 and further develop its growth across Europe and gather more merchants to use its iPad based cash register solution, according to founder Dimitri Farber.

Thus far the startup has around 1,000 customers in eight countries including small and independent businesses and larger chains like Monoprix and Lidl.

François Collet, partner at 360 Capital Partners, explained that Tiller’s approach to digitising the business’ and merchants’ experience, and its growth since founding in 2014, caught the VC firm’s attention.

“Uniting the whole digital ecosystem within the cash register, that is the idea that first seduced me. But what ended up convincing me was the commercial performance and the team’s ambitions,” said Nicolas Sireyjol, one of the angels that contributed to this round and the former CEO of American Express France.

French digital cash register startup Tiller lands €4 million from 360 Capital
Comments
Follow the developments in the technology world. What would you like us to deliver to you?
All

NEXT
Cambridge, UK-based Origami Energy raises £13.7 million from Octopus Ventures and others
Origami Energy, a startup that is building a…
Robin Wauters