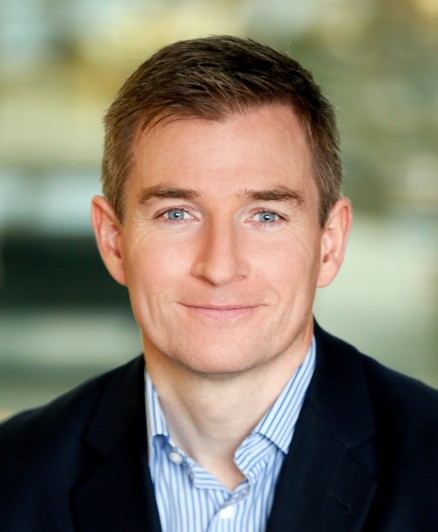 **Exclusive**: Stephen McIntyre, one of Twitter’s most senior executives outside the United States, is leaving the company to join Dublin-based venture capital firm Frontline Ventures as a partner.

McIntyre was Twitter’s VP of EMEA Sales and Managing Director at the company’s EMEA HQ in Ireland’s capital city, and will be joining Frontline as a full-time venture partner. He will be helping the firm’s portfolio companies scale, after 20+ years in the tech business and lots of experience setting up and building Twitter’s European operations since 2012, and establishing and managing the publicly listed company’s (still) largest international office.

Before Twitter, McIntyre spent seven years at Google in a variety of senior roles, including Media & Platforms, Technical Operations, and Sales. He previously worked for Nokia and Ericsson as an engineer. He explained to tech.eu why Frontline is the next chapter:

"After working in regional exec roles at Google and Twitter for eleven years, I’m ready for something new. And, having run businesses very large and very small, I enjoy the building phase most of all," McIntyre said.

"Frontline has made 22 early stage software investments in the last three years in the UK and Ireland. I see a lot of potential in the portfolio and I hope my high-growth operating experience will be of benefit to some of these companies as they scale. Frontline has become increasingly active in the UK and now has three full-time employees in London," he further noted.

Twitter’s been shedding executives left and right, but mostly in the US to date. McIntyre is the most high-profile international departure for the company in a while. On the flip side, Twitter recently added British entrepreneur Martha Lane Fox, a co-founder of Lastminute.com, to its board.

Aside from McIntyre’s recruitment, Frontline is today also announcing that Brendan O’Driscoll, a co-founder and CEO of Soundwave (which was recently acquired by Spotify), is joining the investment firm as an advisor.

Frontline Ventures now has a team of five fulltime partners, having invested in 22 startups in the past three years. Its portfolio includes the likes of CurrencyFair, Logentries (acquired by Rapid7 for $68 million last year), Boxever and Verifly.

Twitter’s head of EMEA departs to join Frontline Ventures as investment partner
Comments
Follow the developments in the technology world. What would you like us to deliver to you?
All