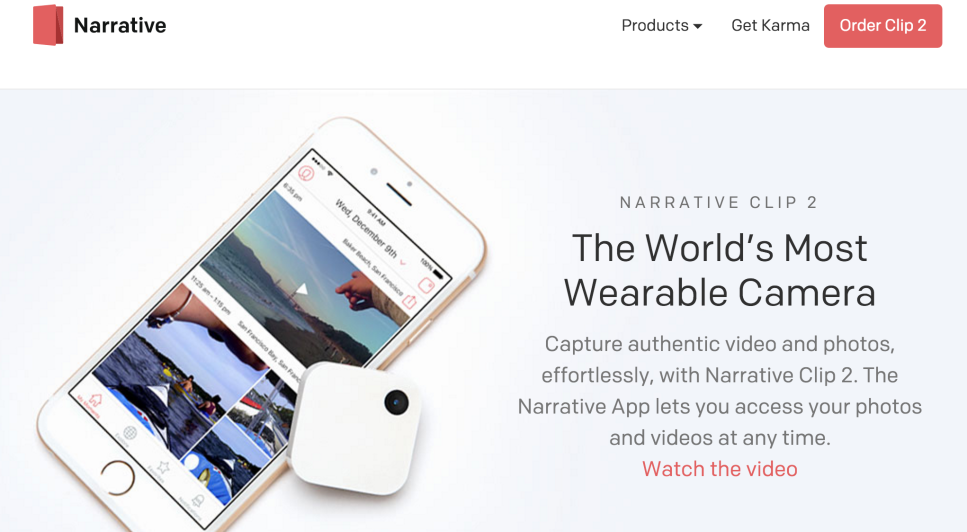 Narrative, a Sweden-based hardware startup that manufactures and sells clippable cameras, this morning announced that it has commenced a process to 'reorganise' the company as it ran into financial problems due mostly to poor planning.

The reorganisation, which will result in an unspecified number of employees losing their jobs, is meant to keep Narrative afloat as it seeks additional capital from investors or, alternatively, a buyer for the entire company or some of its assets.

The news serves as a reminder that Finnish hardware company Jolla ran into similar issues - and undertook similar action - less than a year ago. It didn't mean the end for the company as it recently secured financing - but its future doesn't look as a bright as it once did, which is the same you can say about Narrative today.

We've heard something was happening over at Narrative, ever since Keith Rabois and Om Malik stepped down from the company's board, as representatives of financial backers Khosla Ventures and True Ventures, respectively. Now we know more about what's going on.

It looks like Narrative got itself into this situation because it ran out of cash by the time it was supposed to start mass production of its second iteration of its wearable camera, dubbed the Clip 2.

The reorganisation means the Swedish hardware startup doesn't need to file for bankruptcy or immediately seize operations, buying itself some time to find a way to continue the business. But its future looks very uncertain at the least - if only because it means its current investors, which also include LDV Capital, Creandum and Passion Capital, opted _not_ to pump more capital into the business.

From the official press release:

In the meantime, Narrative will continue supporting the Narrative Clip 2 for its many users around the world, as well as continue selling and distributing to new customers. With the reorganization, Narrative strives to ensure future development of the hardware and software and further enforce its position as a market leader in wearable cameras."

Swedish wearable camera maker Narrative runs into financial trouble, forcing it to restructure
Comments
Follow the developments in the technology world. What would you like us to deliver to you?
All