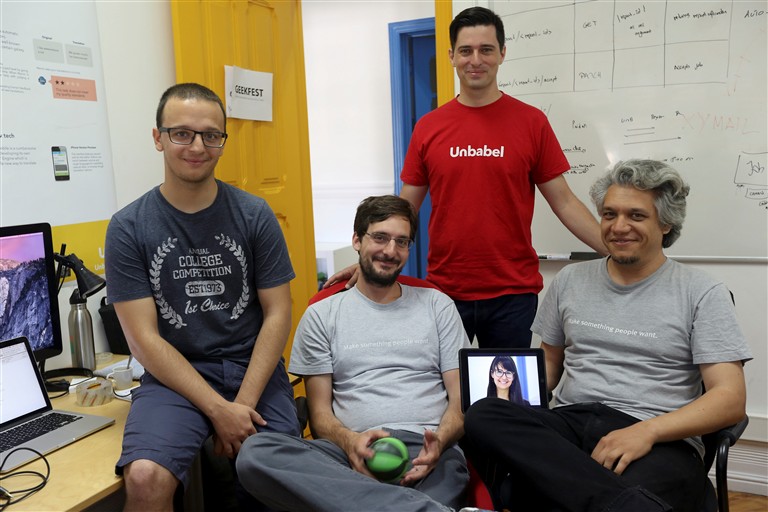 Unbabel, the AI-powered language translation platform, has raised $5 million from Notion Capital and Caixa Capital along with Faber Ventures and Shilling Capital Partners.

Unbabel is a Portuguese-founded startup now headquartered in San Francisco that graduated from Y Combinator in 2014. It now intends to use its new funds to enhance its proprietary tech, namely the Unbabel Language Engine that combines machine learning and 40,000 human editors to translate languages.

The translation market is worth $38 billion globally, according to Vasco Pedro, CEO of Unbabel, and this becomes a big expense for companies doing business in various languages.

“We still think humans play a hugely important role in the process, but much further up the stack, atop cutting edge tech that does 95% of the job for them,” said Pedro. “With this approach, we can translate text faster and cheaper, including types of content that were previously seen as untranslatable like emails and chat.”

Unbabel has the potential to be a SaaS leader in translation services, said Chris Tottman, partner at Notion Capital, one of the lead investors.

AI translation startup Unbabel secures $5 million from Notion and Caixa
Comments
Follow the developments in the technology world. What would you like us to deliver to you?
All

NEXT
Second Home scores £20 million to expand its tech workspaces to Portugal and the US
Second Home, the London-based operator of…
Robin Wauters